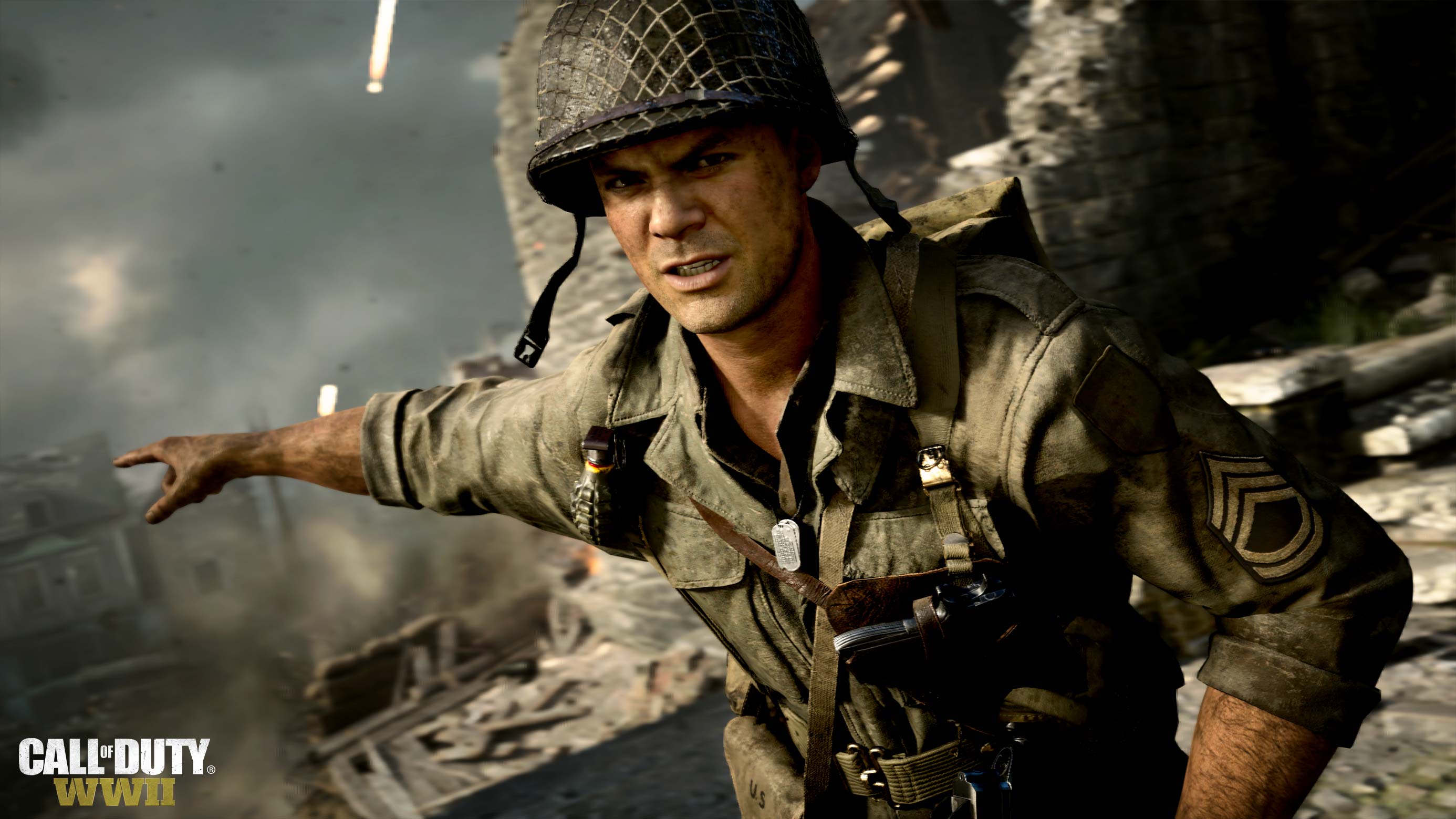 There was a time early on in my career where I despised the Call of Duty franchise with what I’d describe as a blinding passion.

In fact, one of the first opinion pieces I ever wrote for a major publication was entitled something along the lines of ‘How the Call of Duty series is ruining gaming.’ Year after year, a new entry in the franchise was released, with each title improving on the last in just minor ways. It was almost like the Call of Duty franchise had become the next-generation of sports video games.

The older I get, though, the more I’ve grown to appreciate the series, while I admittedly enjoy Sledgehammer’s entries in the franchise far more than Infinity Ward’s and Treyarch’s. Call of Duty is the big budget, popcorn action summer movie of the video game industry. Each year, I shut my brain off for a few hours, pick up a virtual weapon and mow down countless digital foes — and I’m totally fine with doing this once a year.

It’s a familiar experience at this point, and I like that.

In the case of Sledgehammer’s Call of Duty: WWII, the latest entry in the long-running franchise marks a return to the theatre of war where the series began, World War II. As someone who has a keen interest in history, especially World War II, I was excited that the series was delving back into an era of war that seems to have been forgotten by the video game industry.

When the game was first announced, I wondered: What would storming the beaches at Normandy on D-Day, or the Battle of the Bulge, look like running in 4K (most of the time on the Xbox One X), on a modern gaming console, complete with all of the visual advancements that have happened in the video game industry over the last decade? This is a category where Call of Duty: WWII shines. Visually, the game is stunning and a modernization of many historic scenarios I fondly remember from early Call of Duty titles, as well as even competing franchises like Medal of Honor: Allied Assault from the early 2000s (remember Allied Assault‘s D-Day level?)

Each of the game’s missions are stunning and chocked full of over-the-top set pieces fans of Call of Duty have come to know the series for. In one particularly entertaining instance, I found myself frantically escaping a church as the building’s bell tower menacingly destroyed everything in its path behind me. Was this sequence absolutely ridiculous? Sure; but it was also very entertaining. Seriously, Call of Duty: WWII is visually one of the best first-person shooters I’ve ever played. 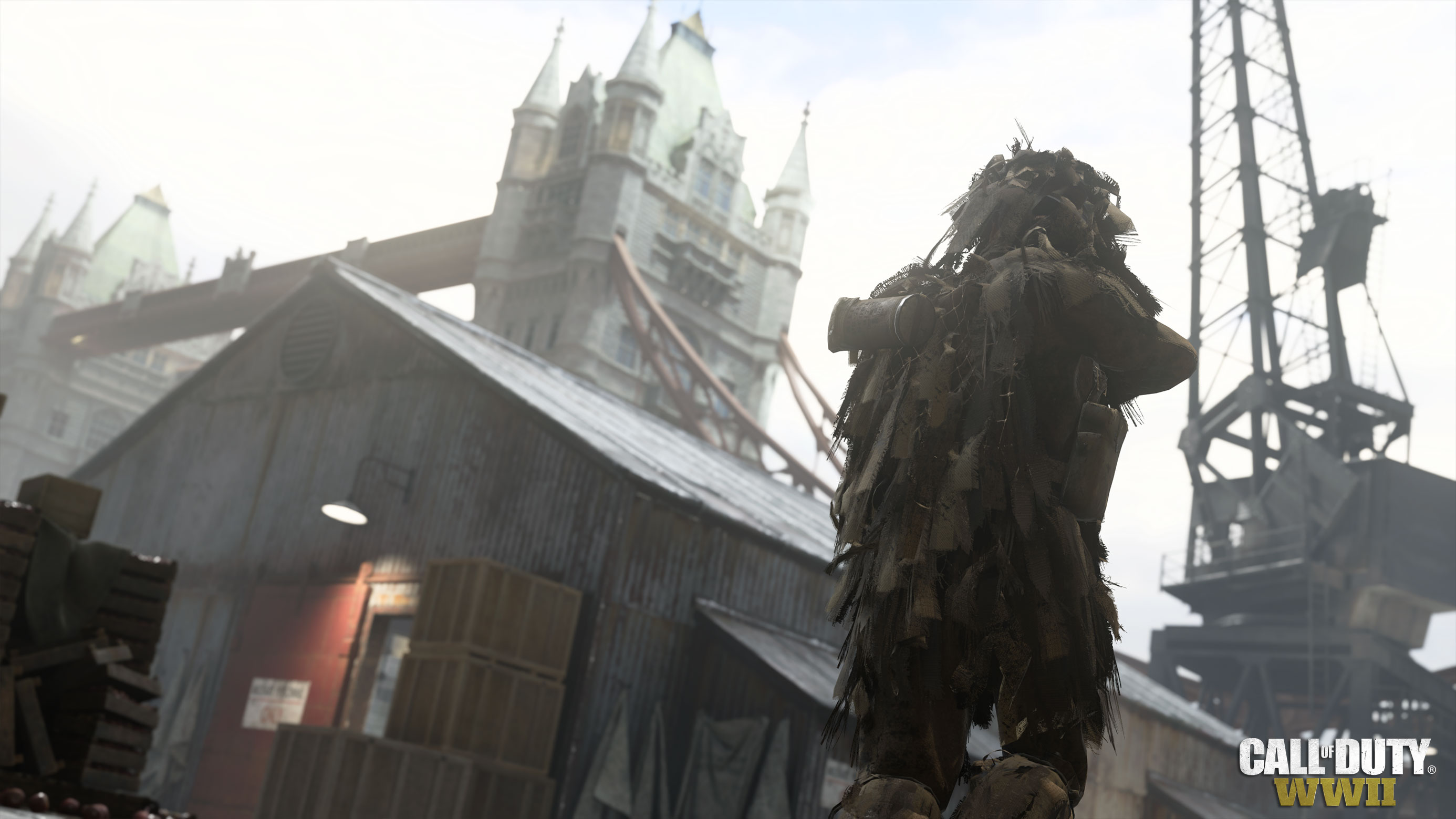 Unfortunately, other aspects of the game are less stellar. For example, while I found the story’s focus on an individual infantry division passable, it’s rife with tropes many have likely come to expect from a historic war narrative. In the game, you play as Private Daniels as the Allies’ push from Normandy through Europe in 1944. Along the way, you’ll save squad mates that fall into expected Depression-era America archetypes, fret over loved ones left behind at home, and kill countless numbers of Nazis. That said, Josh Duhamel and Jonathan Tucker’s performances in the game are excellent and a high point of Call of Duty WWII’s story.

It’s not that the story is bad in any particular way, it just comes off as a cheesy version of Saving Private Ryan in the form of a video game. It would have been more interesting if the game followed multiple storylines and characters, exploring World War II from different sides and fronts. For example, partisan fighters on the Eastern front or perhaps even the perspective of Germans actively working against the Nazi regime.

There are instances where Call of Duty WWII’s narrative becomes more engaging though, particularly during the few levels that focus on Rosseau, a French resistance fighter whose husband, son and parents were killed by the Nazis. A sequence where Rousseau is tensely exploring a Nazi headquarters while undercover, is also a high point of Call of Duty WWII’s otherwise uninspired campaign and is particularly harrowing. 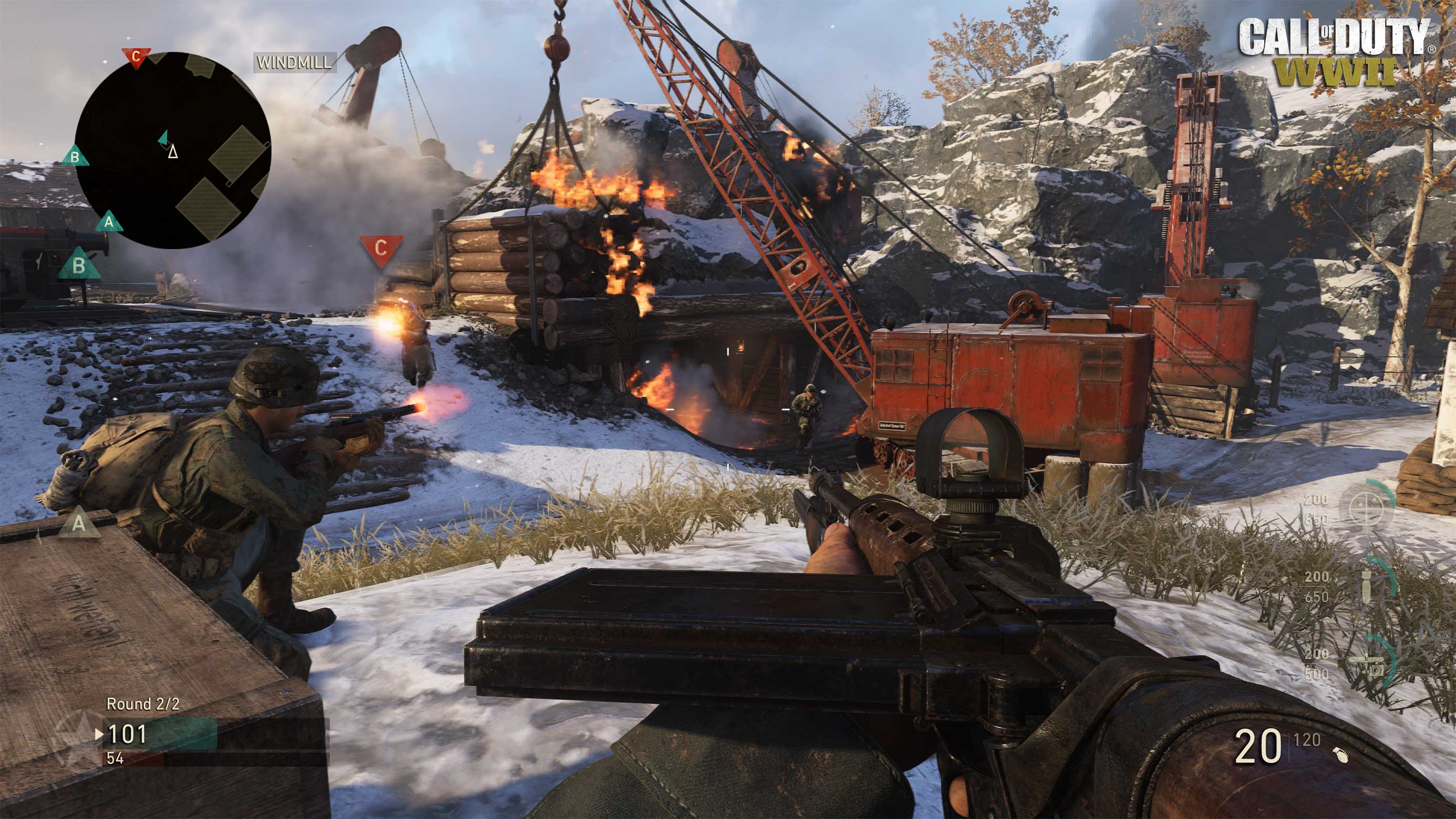 In terms of actual gameplay, Call of Duty: WWII’s shooting mechanics remain as solid as ever. Aiming down your weapon’s sights feels fluid and character control is spot-on. The game also features a wide variety of recognizable real-world guns from the era that feature different weights, strengths and weaknesses. This means that each weapon handles differently and helps ensure the experience feels fresh.

I’m also fond of the return to a Health Pack system — it caused me to be a little more careful when pushing through areas filled with enemies, as well as to always be on the look-out for health kits during down time. Also, given the period the game is set in, health kits seem very appropriate.

Unfortunately, there’s a stark disconnect between the serious, respectful story Sledgehammer aims to tell with Call of Duty: World War II‘s singleplayer, and the title’s Nazi zombie side feature (which is actually quite well done) and its loot box-filled multiplayer mode. 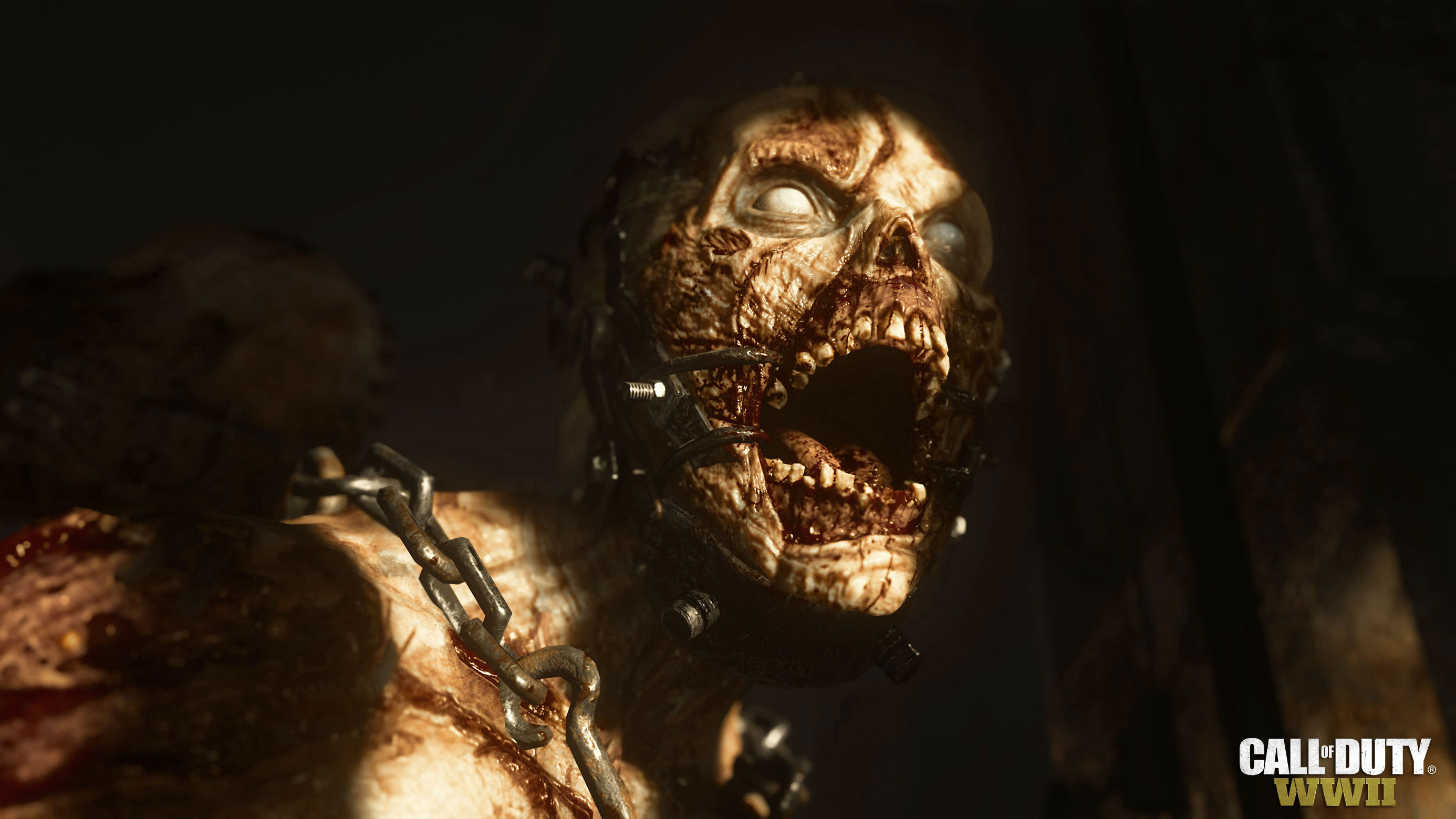 In a game that aims to take itself seriously, it’s strange Sledgehammer opted to flesh out the series’ now standard Nazi zombie horde mode. Nazi zombies, a mode that was once appealing because it was simple and easy to pick-up-and-play, now features classes, as well as the celebrity voices of David Tennant, Ving Rhames and Élodie Yung.

As for multiplayer, the experience is largely the same as past entries in the Call of Duty franchise. Despite the use of World War II-era weapons, those concerned that the trip back to the past would slow down the series’ multiplayer will be pleased to learn that it’s just as fast as ever. It’s also worth noting that the game’s multiplayer was filled with issues shortly after launch, though the problems have now been solved for the most part.

When it’s at its best, Call of Duty: WWII offers a look at what a World War II shooter released in 2017 can be. In fact, I’d even go so far as to say I’ve had a great time with the game’s short, but still entertaining campaign. 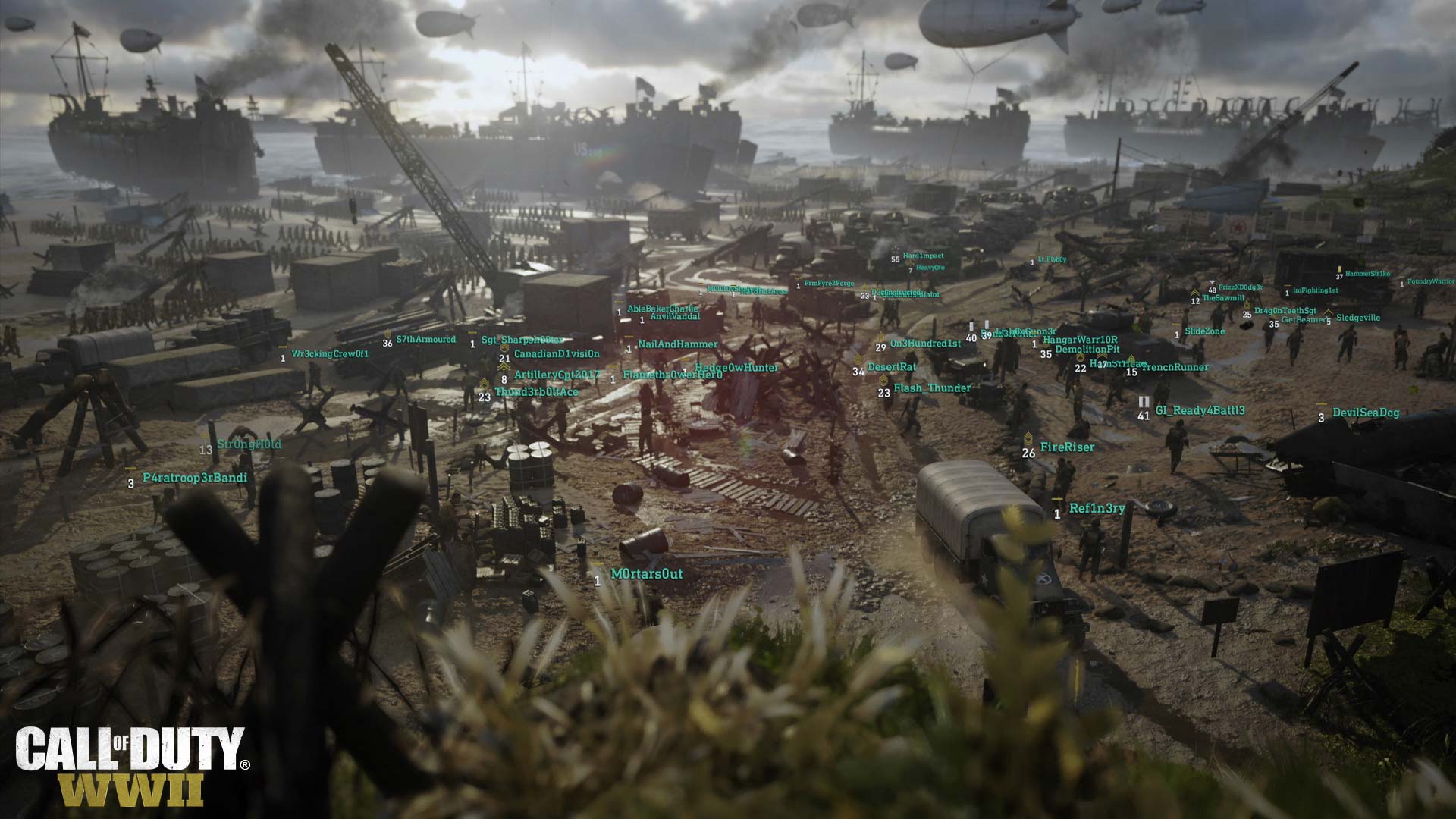 At its worse, though, Sledgehammer’s latest Call of Duty effort feels like a World War II mod designed for 2014’s Advanced Warfare. Hopefully the game’s developer opts to stick with the World War II era for its next entry in the series, because there are certainly more interesting stories and gameplay situations that could be pulled from the era.

Call of Duty: World War II is available on PC, Xbox One X and PlayStation 4 (the game also features enhancements for the PS4 Pro and Xbox One X).