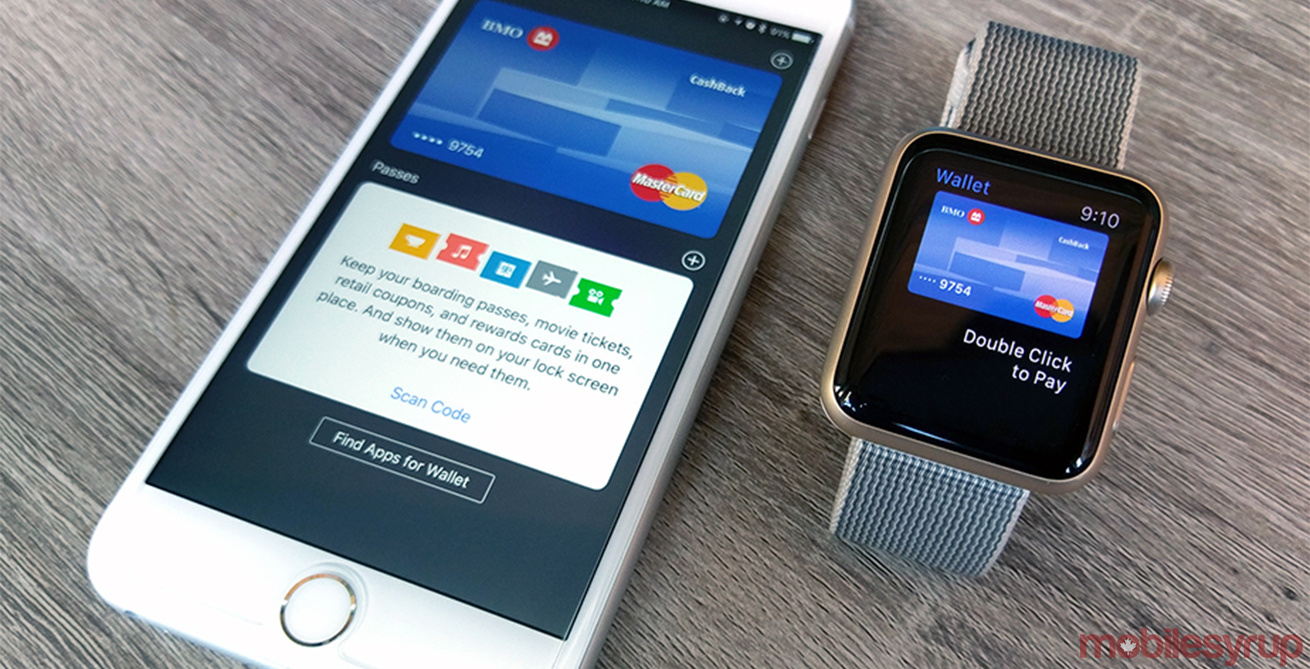 Murphy states that while almost half of Canadians made a contactless purchase with their debit or credit card, the percentage of mobile payments users for platforms like Android Pay, Samsung Pay and Apple Pay is in the low single digits — even though awareness is “relatively high,” with roughly half of those polled stating they were aware of one of the big three platforms. 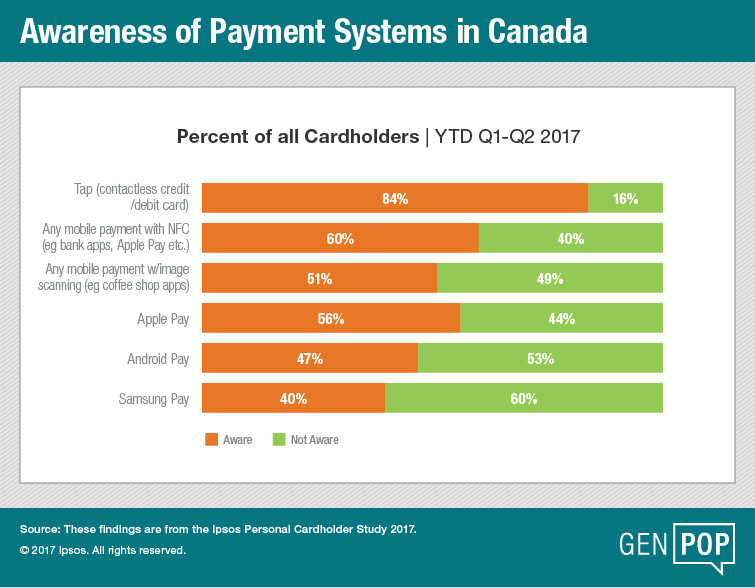 Fragmentation is the first issue Murphy identifies, stating: “To date there is no single mobile payment system which supports all types of cards, including credit/debit as well as retail, gas, loyalty/reward and gift cards.”

He also writes that none of the current mobile payments are compatible with all financial providers — though it should be noted that Apple Pay, which scored the highest for public awareness is also supported by the most banks, including all of the big five Canadian banks.

Meanwhile, Android Pay only supports three of the big banks, with RBC and TD opting to offer customers only their own custom mobile payments app. According to the Ipsos poll, Android Pay’s rarity means only a measly four percent of Canadian debit and credit cardholders have used it.

As for Samsung Pay, for now it only works with cards from CIBC — though we expect more to arrive soon — and only four out of ten respondents were familiar with the platform.

Another important aspect of the equation is retail location adoption. Murphy notes that many stores have yet to convert to terminals that support contactless payments. He believes when these terminals become more ubiquitous, it will help pave the way for greater use, since overall awareness of mobile payments stands at an impressive 84 percent. 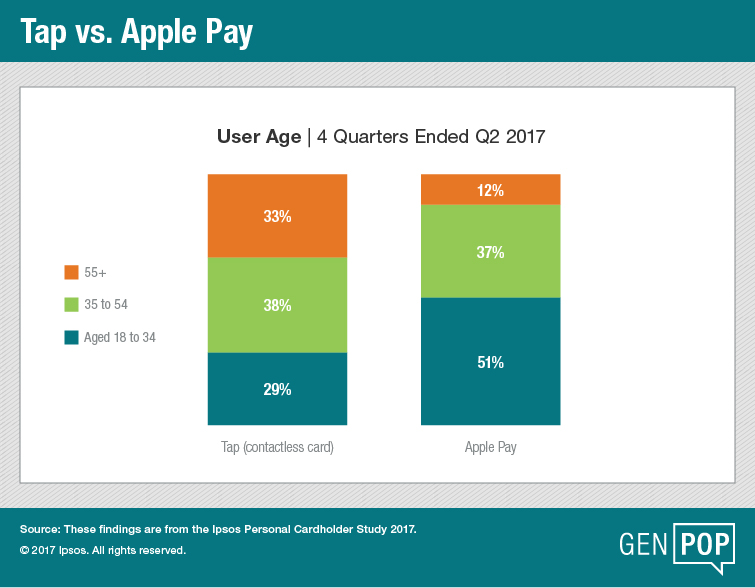 According to Ipsos, the early adopters of mobile payments fit the profile of those who first adopted mobile banking — men aged 18 to 34. Murphy says this demographic has higher trust in the technology than other groups. 62 percent of cardholders above 55 feel that mobile payments are less secure than traditional payments, while fewer than half of those in the 18 to 34 demographic have that concern. Meanwhile, 62 percent of women have concerns, compared to 49 percent of men.

But Murphy says the underlying issue seems mostly to be lack of interest, arguing that Canadians are in the habit of using plastic, which offer tap-to-pay and will never run out of battery (as a phone might).

“At this stage of their development in Canada the various mobile payment systems are more a solution looking for a problem,” writes Murphy. “One which most Canadians don’t really feel, at least not yet.”