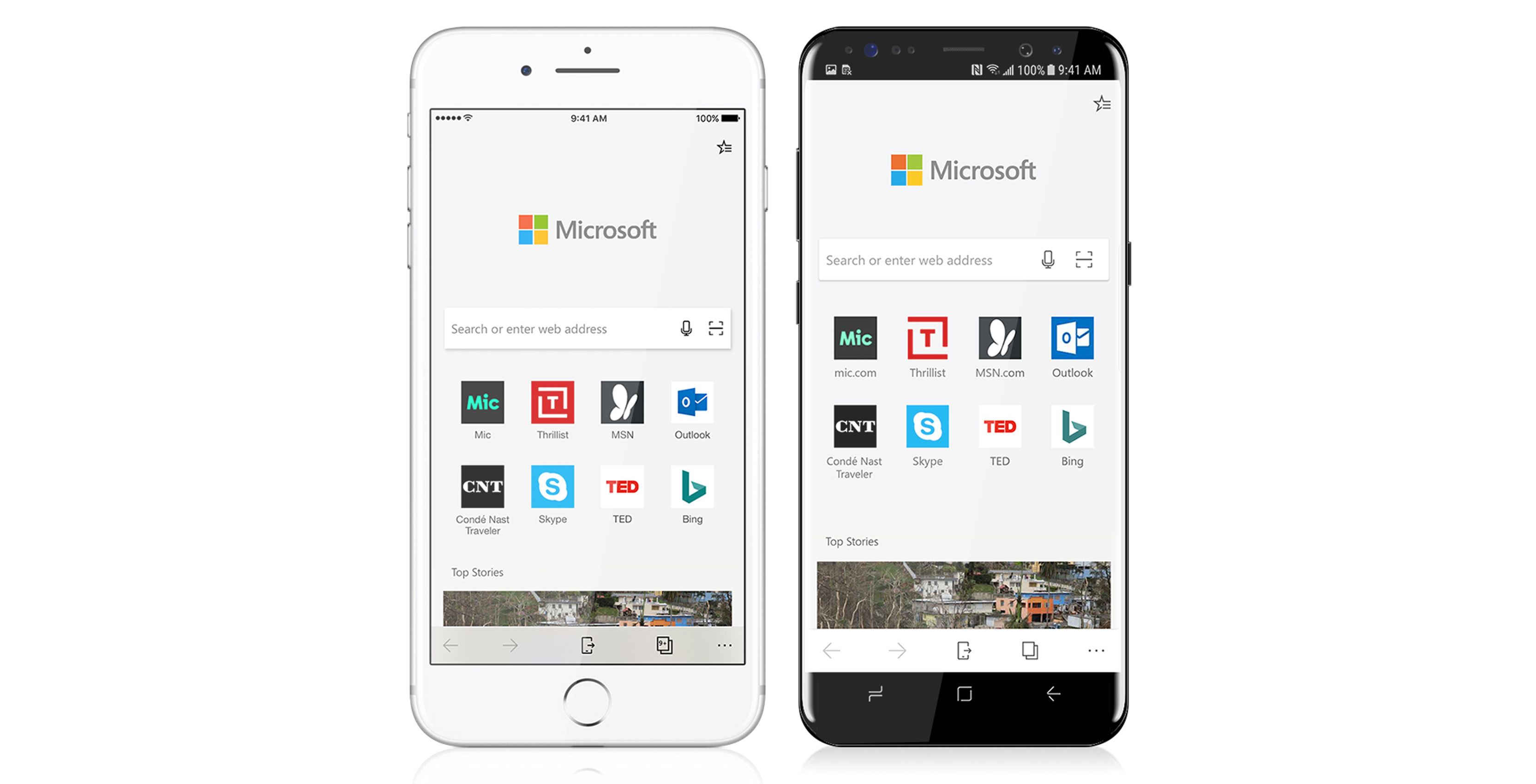 In a surprise move, Microsoft has announced that it plans to make its Edge browser available to iOS and Android users.

iPhone users can check out Edge starting today in preview. It’s only available to individuals in Microsoft’s ongoing preview program (it’s easy to become a Windows Insider, however). Android users, meanwhile, will have to wait; Microsoft says a preview version of Edge on Android will be available “soon.”

Edge on iOS and Android adds cross-platform functionality between devices. If you’ve ever the iOS’s handoff feature in conjunction with a Mac, then what Microsoft is adding here will be familiar territory. Users that have Edge installed on both their mobile device and desktop PC will be able instantly to open a webpage they’re viewing on their smartphone on their computer. The GIF below shows the feature in action.

Moreover, the company says users will find plenty of familiar features from Edge’s Windows 10 release, including favourites and reading view.

In addition to being in preview, Edge on iOS is currently only available in U.S.-English. Microsoft, however, promises to expand availability to other countries and additional languages as it continues to beta test the app.

The company also announced today the rebranding of its Android Arrow Launcher. Moving forward, the app will be known as Microsoft Launcher. The app is available in preview starting today.

Correction: a previous version of this article mistakenly said Edge on iOS and Android uses Microsoft’s own rendering engine.

Microsoft rolls out Edge update with extension sync and more