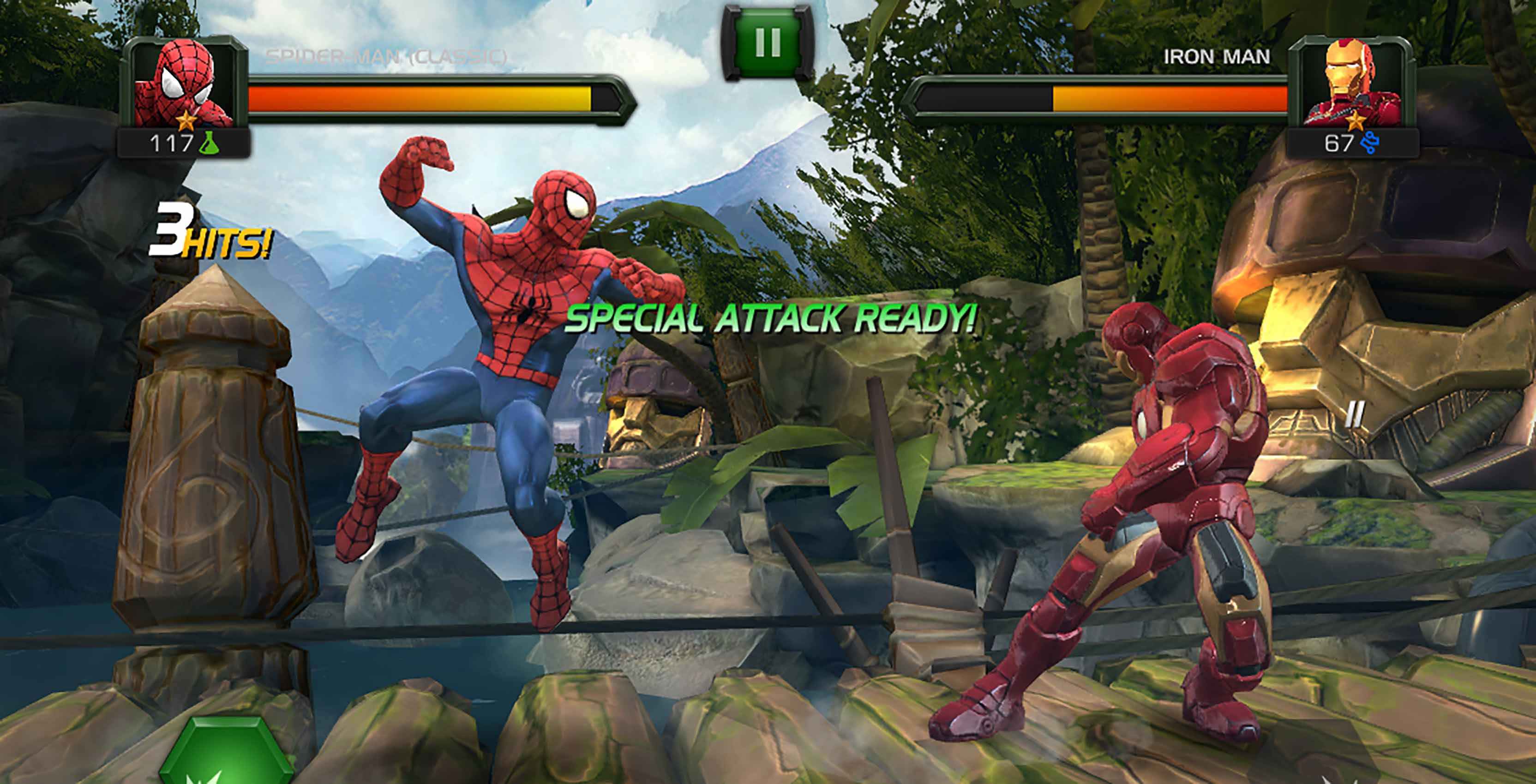 With Canada Day this weekend, we at MobileSyrup wanted to some of the great titles this country has to offer in this week’s App and Game of the Week features. As well, as a big Marvel fan, I personally wanted to look at a title based on the nearly 80-year-old comic book publisher.

That’s where Marvel: Contest of Champions comes in, a fun superhero fighting game developed by Vancouver’s own Kabam Games.

Like other mobile fighting games, you control your character (known as a “Champion) by tapping and swiping the screen, using a mix of light and heavy attacks, as well as blocking, dodges and a special attack.

As you play, you’ll earn crystals and gold that can be used to either upgrade your Champions or unlock new ones entirely. Microtransactions are available if you want to acquire these more quickly. 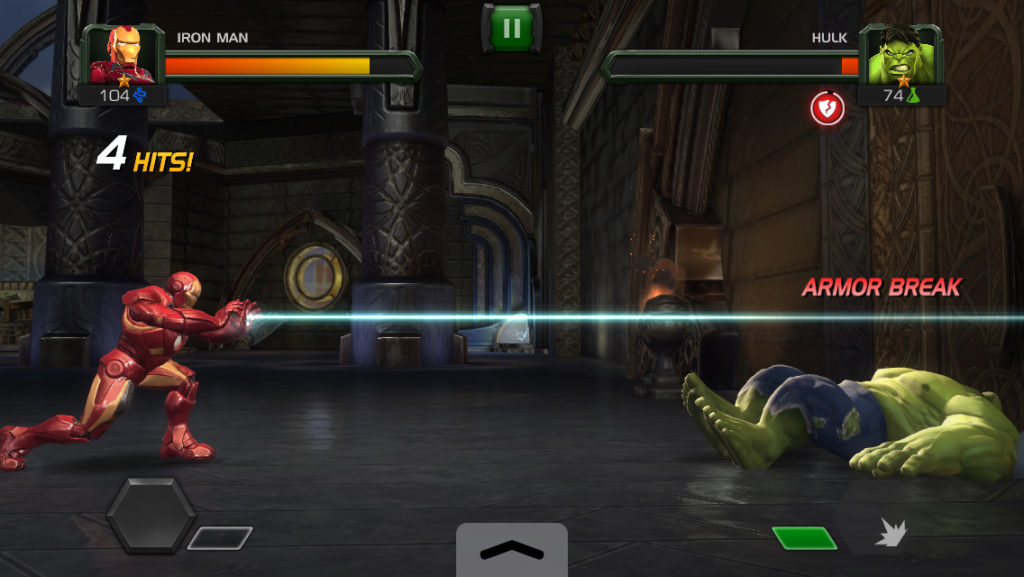 As a big Marvel fan, I really appreciated the large and varied roster that’s been included here. Besides popular characters like Spider-Man or Avengers like Iron Man and Captain America, there are some nice deeper cuts, like Quake, Howard the Duck and Black Bolt.

All in, there are nearly 100 playable characters included in Contest of Champions that have been added since the game launched on December 2014. They all have their own unique classes and star ratings, too, which determine how they fare in battle. For example, a Cosmic class Champion (like Symbiote Spider-Man) has a stat advantage over a Tech class Champion (like Ultron). 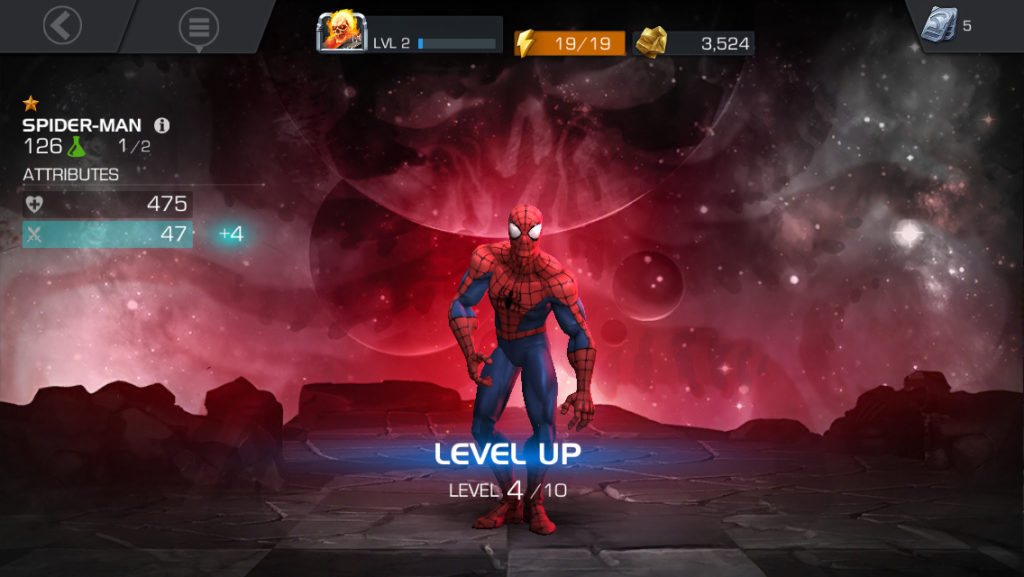 There are also non-playable “fusion” characters that make appearances in the story, which are delightfully bonkers mixes of two other heroes.

Ever wondered what would happen if the Venom symbiote and advanced scientific technology merged with Deadpool? Contest of Champions answers that question… with whatever this is supposed to be. 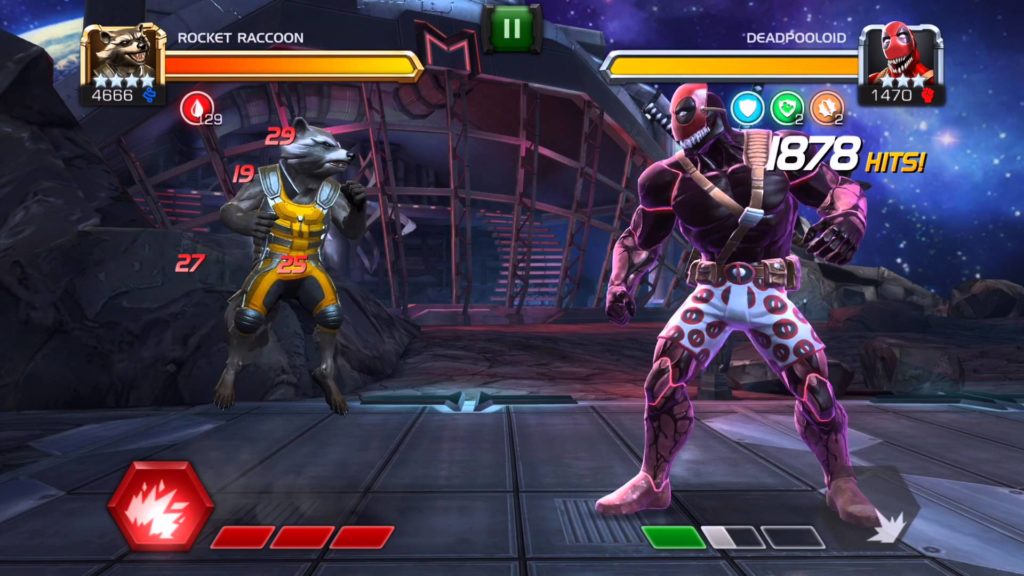 Kabam also does a good job in regularly adding new content, such as new quests and characters. For instance, to celebrate the July 7th release of Spider-Man: Homecoming, Kabam is adding content specifically inspired by the movie, including a new costume for the web-head and a new playable character in the form of the villainous Vulture.

Overall, the game is easy to pick up and fun to play, but what will really have coming back is the excitement of unlocking new Champions. With such a wide variety of distinct characters, I’m eager to discover who else I can continue the contest with.

Marvel: Contest of Champions is available for free on iOS and Android.