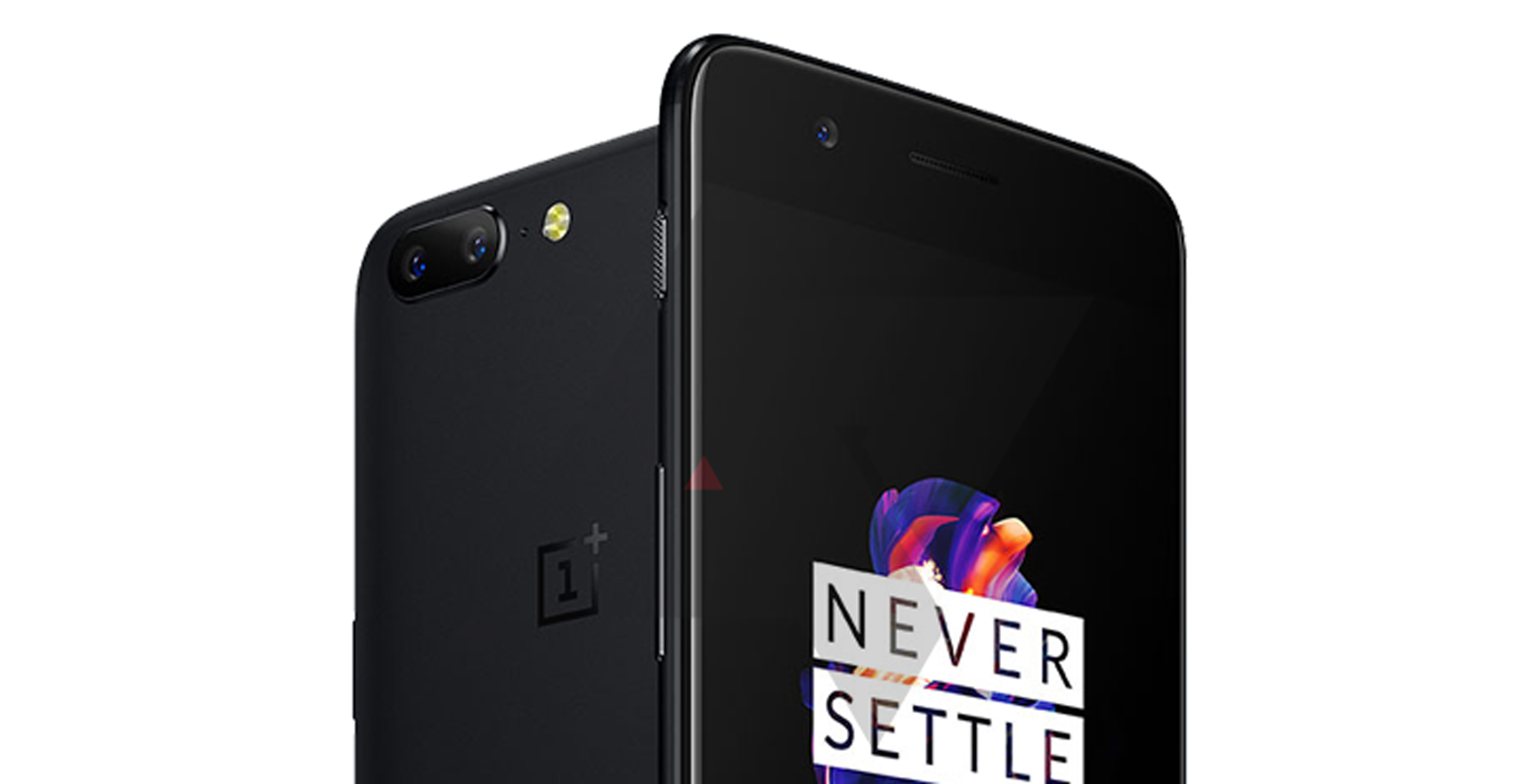 While hardly a mystery anymore thanks to several critical leaks over the past several weeks, OnePlus likely still has several surprises up its sleeve. Ahead of tomorrow’s launch, we’ve collected past rumours to detail what Canadian consumers can expect from tomorrow’s launch. 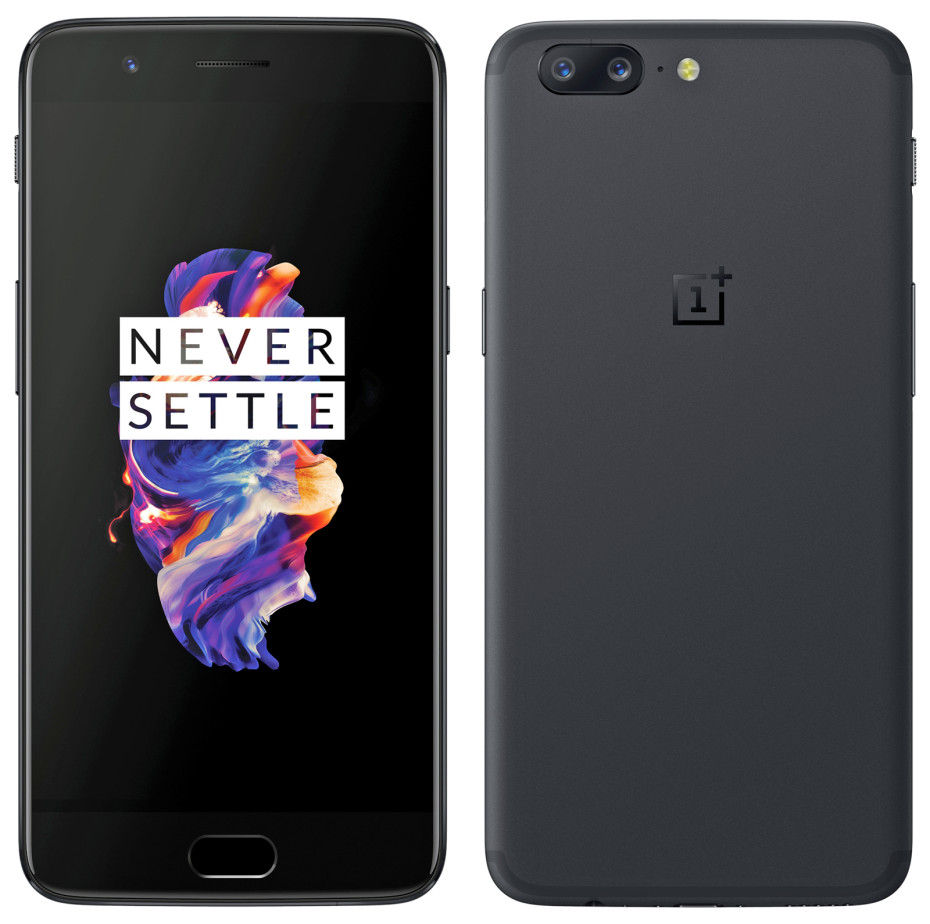 Thanks to Android Police, official images of the OnePlus 5 leaked well in advance of the phone’s planned launch this week. It’s a design that left many fans disappointed, especially after the success of the OnePlus 3, and in particular, the Midnight Black OnePlus 3T.

Based on previous leaks, it’s clear the company went through a variety of different designs before settling on one that looks a lot like the iPhone. At least, that’s the obvious design reference. The closer reference is the Oppo R11.

That the OnePlus 5 looks a lot like that device is not an accident; both OnePlus and Oppo are owned by the same company: BBK Electronics. 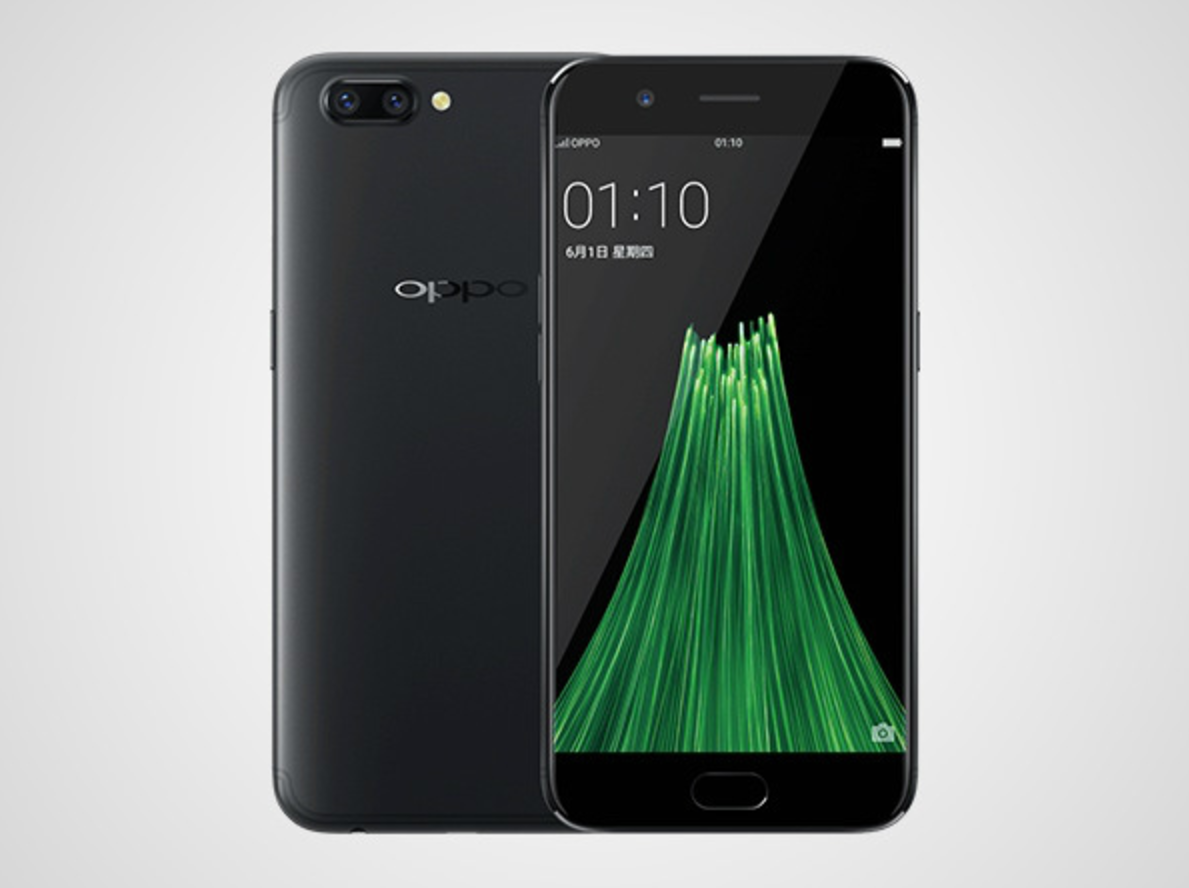 Leading up to AP’s leak, several optimistic leaks suggested the OnePlus 5 would feature a bezel-less screen. In an interview The Verge‘s Dan Seifert published on Monday, company co-founder Pete Lau said OnePlus considered adding an edge-less display to the OnePlus 5.

“This is something we want to try,” said Lau. “But we don’t currently have the resources or access to those displays.”

Asked about the design, OnePlus’ imaging director Simon Liu said, “It’s a little difficult to make two cameras, two holes in the back not look ugly.”

What 5hould the color of your next phone be? ???? pic.twitter.com/5FevP1VSq5

In a teaser tweet, OnePlus revealed the phone will be available in four different colours, including one unicorn-inspired variant.

Can you tell which photo was taken with the OnePlus 5? pic.twitter.com/Pd27la4ewn

Going into the launch of the OnePlus 5, OnePlus has put added emphasis on its next phone’s camera package.

While we’ve known for some time the OnePlus 5 would feature two back-facing cameras, in an interview with The Verge, OnePlus revealed the OnePlus 5’s dual camera setup features one 16-megapixel sensor and one 20-megapixel sensor. On top of those sensors are a f/1.7 aperture lens and f/2.6 lens, respectively.

Both sensors were sourced from Sony. The Japanese company is currently the market leader when it comes to camera sensor technology. Most current in-market high-end smartphones, including the iPhone 7, make use of Sony sensors.

The f/2.6 aperture lens is said to be a “telephoto prime.” OnePlus did not reveal the exact focal length of the lens. However, if it’s anything like the telephoto lens on the iPhone 7 Plus, which is a 56mm equivalent, then it’s likely the OnePlus 5’s camera falls somewhere in the standard range.

Standard and telephoto lenses feature a narrower field of view than their wide-angle counterparts, which helps them compress the background and isolate a foreground subject. Due to their low amount of distortion, narrower lenses also render face features in a more pleasing manner.

Like the iPhone 7 Plus, the OnePlus 5 will feature a portrait software mode that allows users to isolate their subject and take photos that feature a depth of field effect. 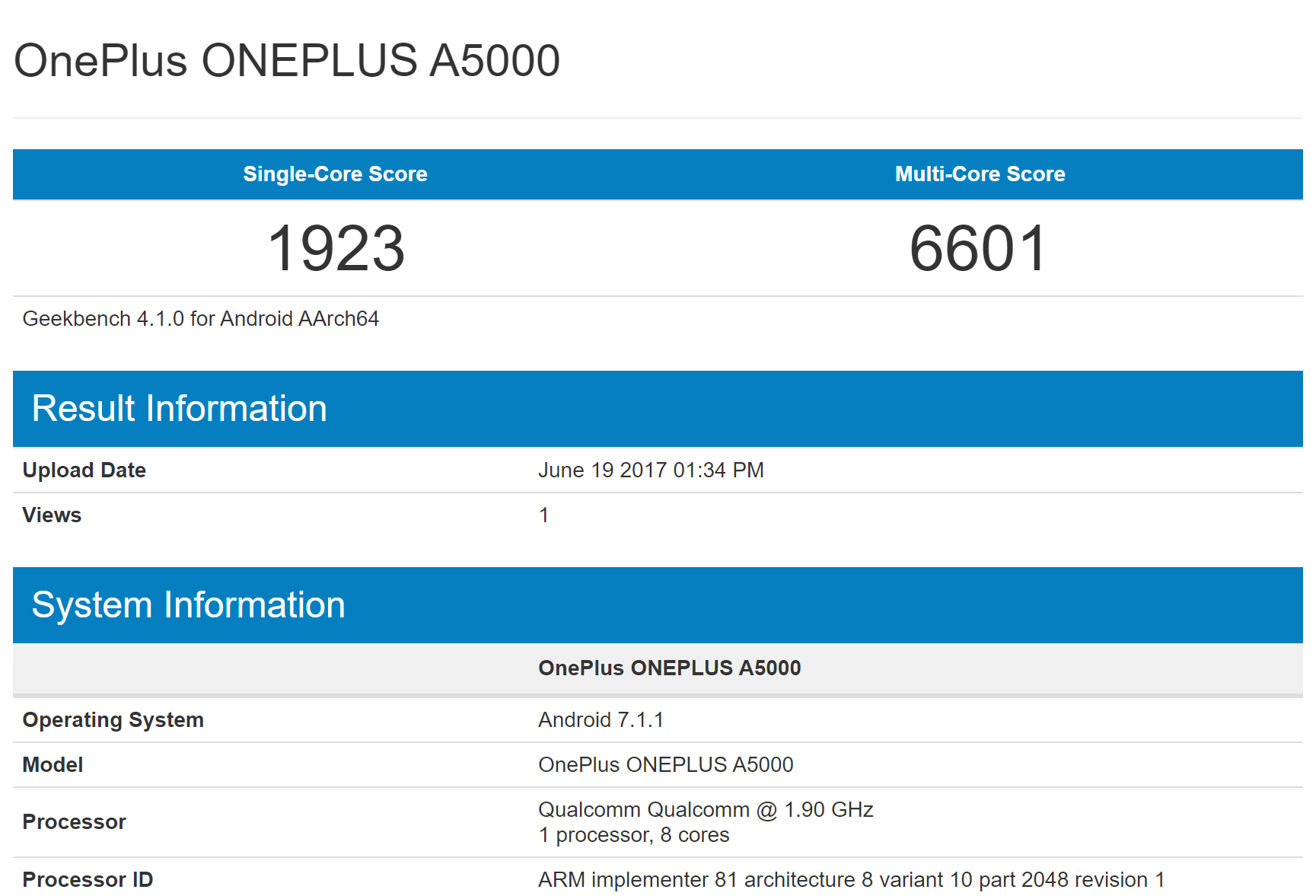 While OnePlus obviously put a lot of thought and resources into ensuring the OnePlus 5 ships with a competitive camera, the company didn’t skimp on other aspects of the device. Indeed, by all early accounts the OnePlus 5 is expected to be performance powerhouse.

In a recent tweet, OnePlus confirmed its next phone will include Qualcomm’s latest flagship chipset, the Snapdragon 835.

The OnePlus 5 will ship with the latest version of the company’s OxygenOS Android skin. Like with past iterations of OxygenOS, OnePlus is expected to exercise a light touch with its software. The new version of OxgyenOS is expected to stay close to stock Android while adding new features here and there.

One of those features is a new a nighttime reading mode that adjusts the tint of the screen to reduce the amount of blue light the display outputs. OnePlus showed off this feature in a recent tweet, seen below.

Get a taste of how we’ve refreshed OxygenOS ???? pic.twitter.com/JNAKJWiucw

The same benchmarks that have revealed that the OnePlus 5 will include a Snapdragon 835 processor and 8GB of RAM also revealed the phone will ship with Android 7.1.1. 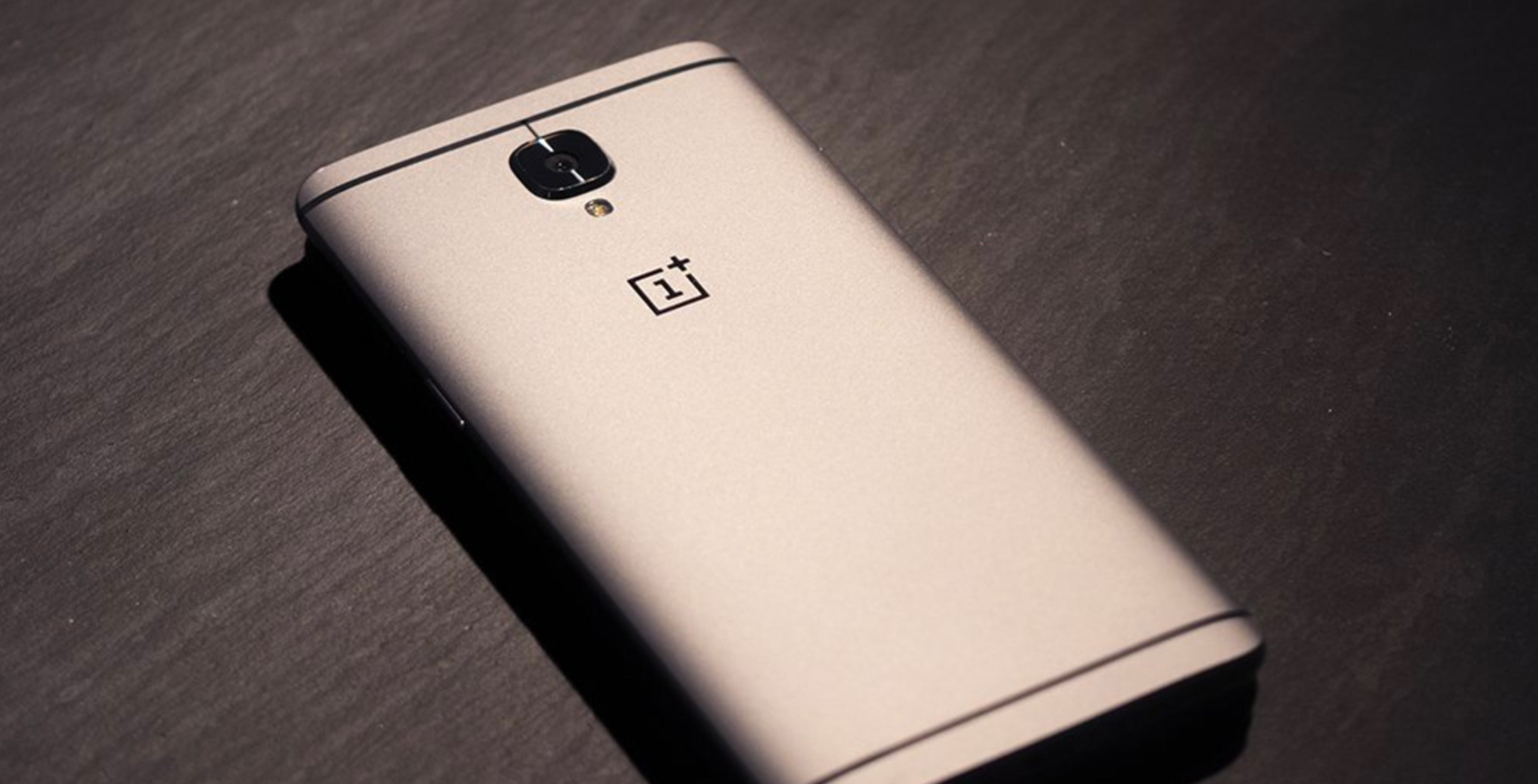 While OnePlus has made its name for itself selling high-end phones at a fraction of the cost of the competition, the OnePlus 5 is expected to be the company’s most expensive smartphone to date. That shouldn’t come as a surprise to longtime fans; with the exception of the OnePlus X, each subsequent OnePlus release has cost more than its predecessor. That said, the phone’s price tag is likely to be a sticking point for a variety of consumers.

A recent unconfirmed rumour puts the price of the OnePlus 5 between $479 and $549 USD (approximately $633 and $725 CAD, respectively). In comparison, OnePlus currently sells the OnePlus 3T for $599 CAD on its website.