10 things to know about the Huawei P10 Plus 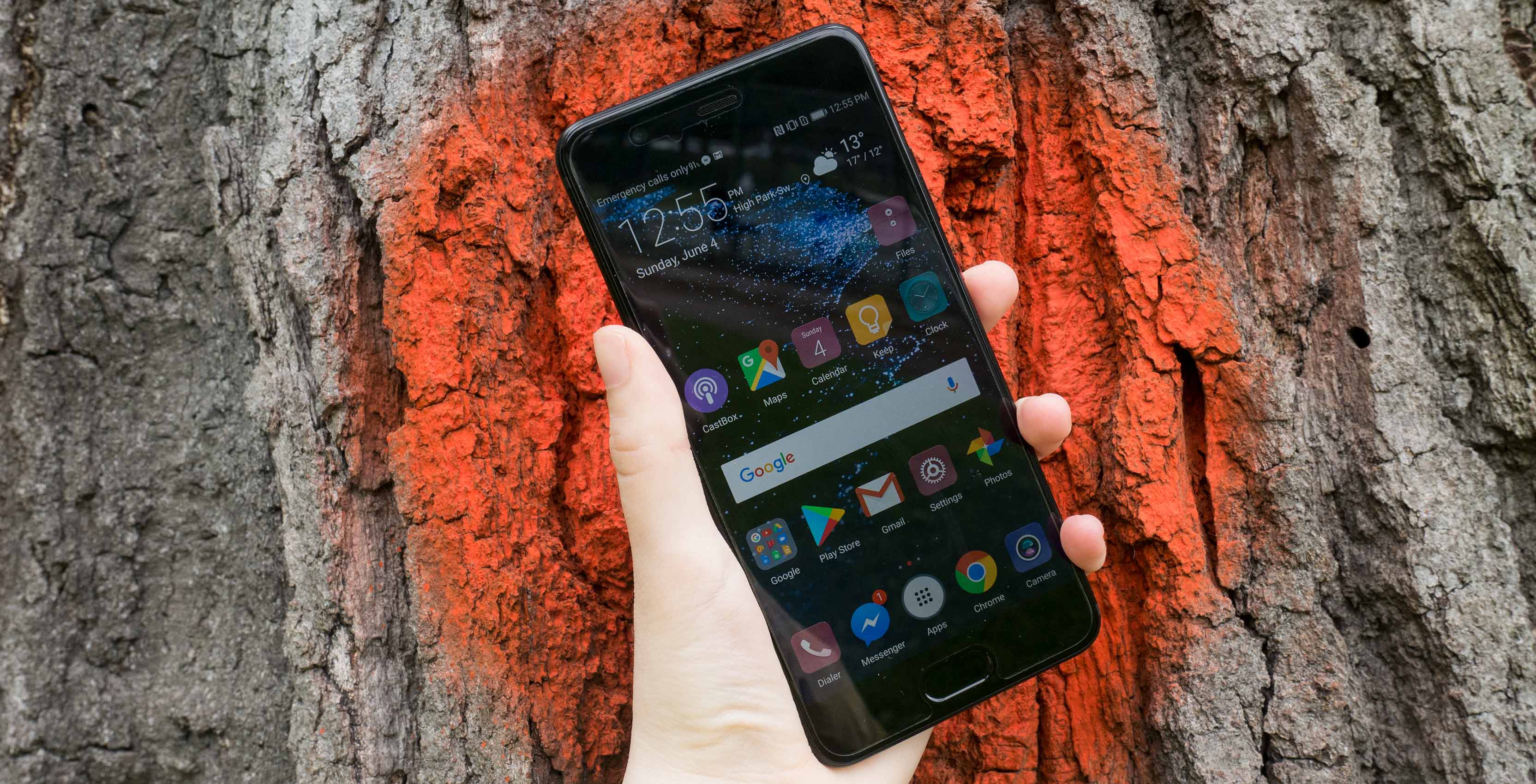 Huawei’s P10 and P10 Plus are the company’s first flagship handsets to launch at major carriers in Canada, marking a significant step forward in the brand’s progress towards gaining market share in North America. Rogers will be the first to offer the P10, with Canada’s largest carrier starting to sell both the P10 and P10 Plus on June 6th. The P10 will also be available through Quebec-based regional carrier Videotron and Bell.

To mark the premium device’s imminent arrival, here are ten important things to know about the Huawei P10 Plus. 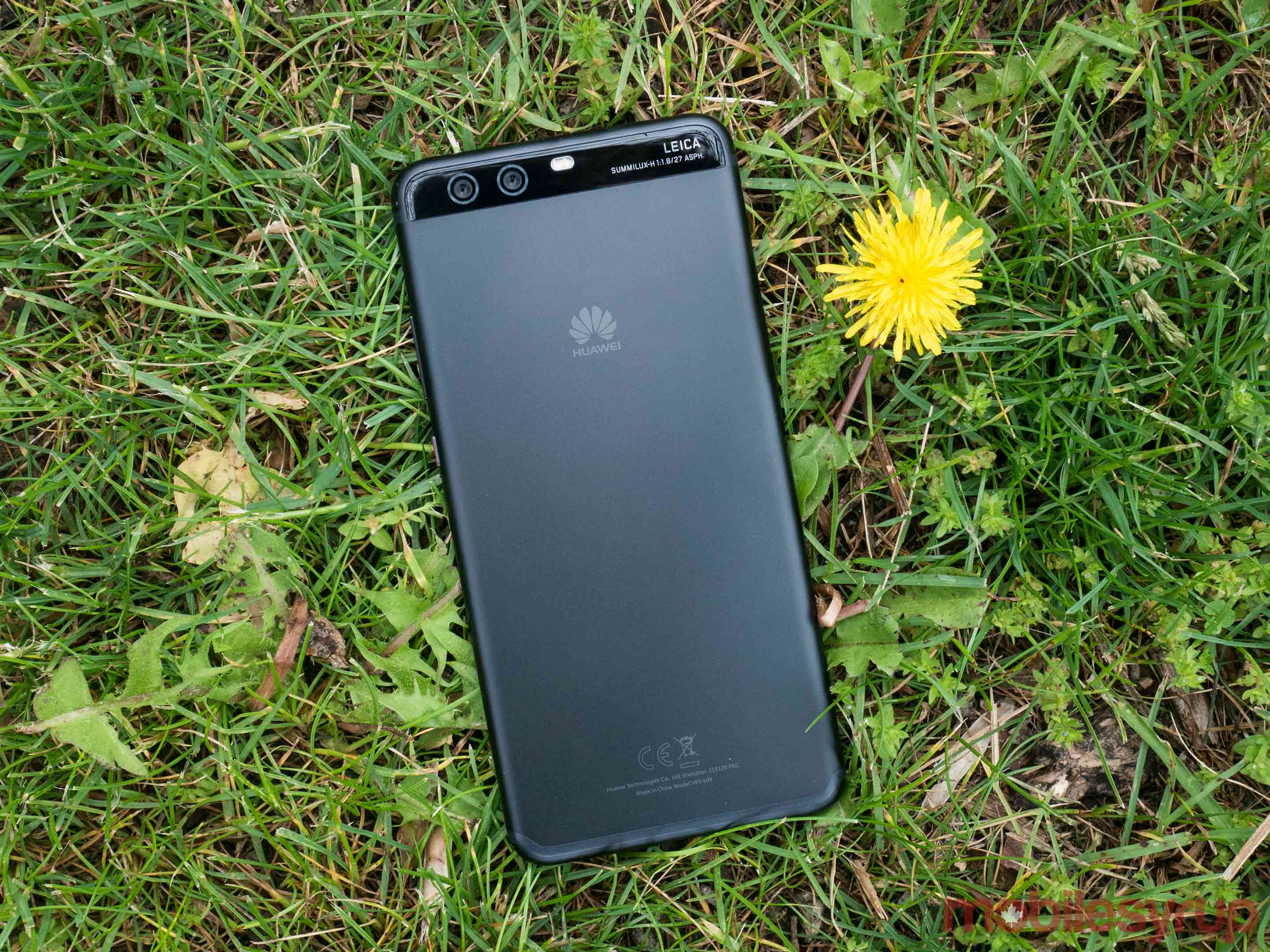 The first thing to know about the Huawei P10 Plus (and, for that matter, the P10) is that it’s an iPhone doppleganger, from its flat matte back with rounded edges to the antenna bands and camera/button placement. That’s not necessarily a bad thing — after all, Apple built its brand on design prowess. It just isn’t very original.

There is one unique touch, though: the side-mounted power button on the black P10 Plus is edged in red, giving it a distinct glint in the right light.

2. Its dual-camera setup is optimized for low-light shooting. 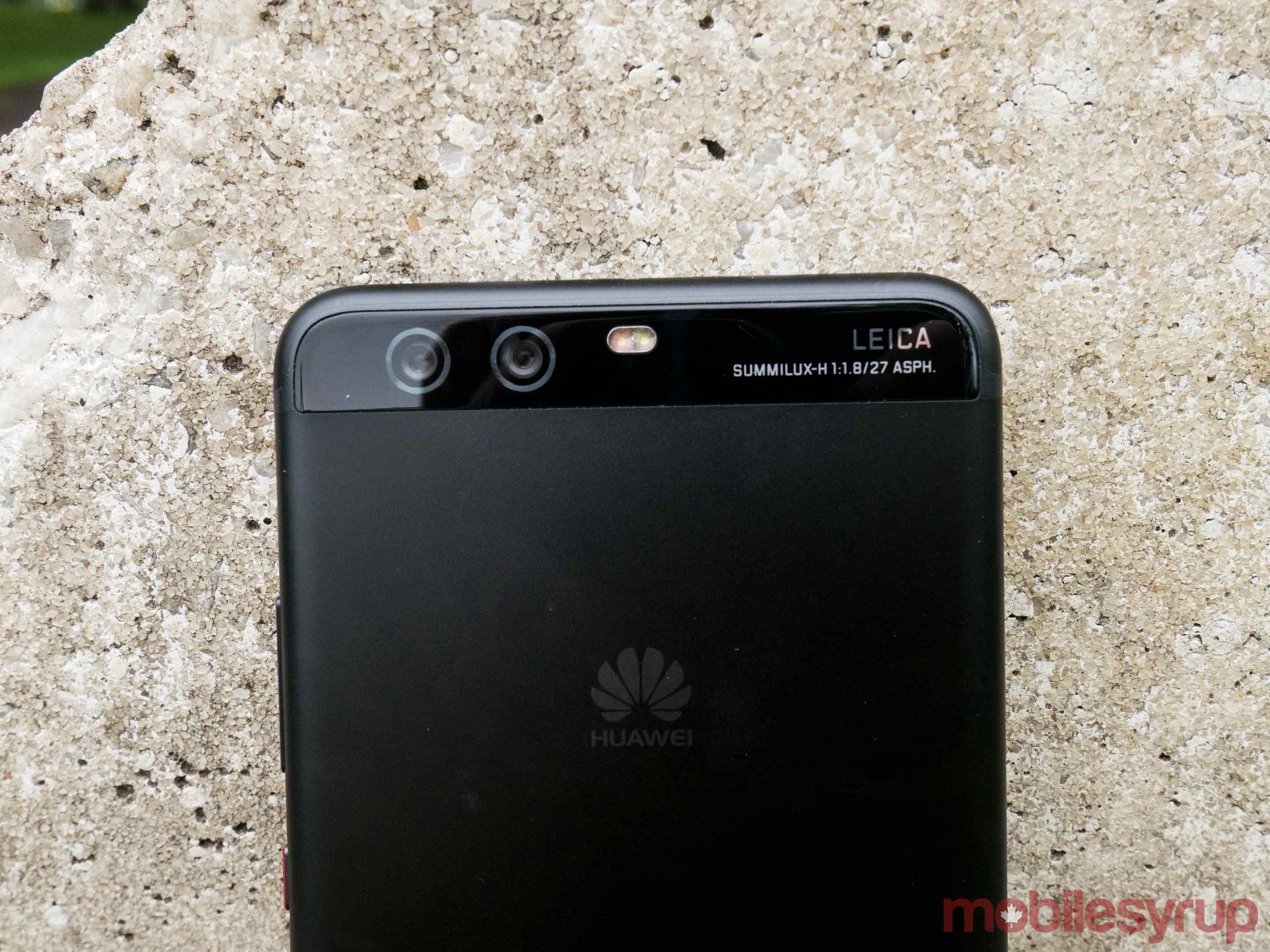 Rear dual-camera setups are becoming a more and more popular point of differentiation for premium smartphones. The iPhone 7 Plus and LG G6 both feature dual rear cameras, with the iPhone 7 Plus using its setup to provide 2x optical zoom while the G6 focuses on wide-angle snaps.

The focus of the Huawei P10 Plus’ dual-camera setup is low-light shooting. Its 20-megapixel monochrome (black and white) sensor allows for the capture of more light and detail, while the 12-megapixel RGB (colour) sensor with optical image stabilization adds the necessary colour.

3. The P10 Plus’ camera optics are significantly better than the P10’s.

If you’re looking for a great camera, which is the main marketing point for the P10 and P10 Plus, you’ll likely want to opt for the larger model. That’s because it features a f/1.8 aperture lens for its 12-megapixel camera, while the P10 has a narrower f/2.2 aperture.

There are other considerable differences between the two models as well, shown in the comparison chart above.

4. Its chipset outperforms the Pixel on benchmarking tests. 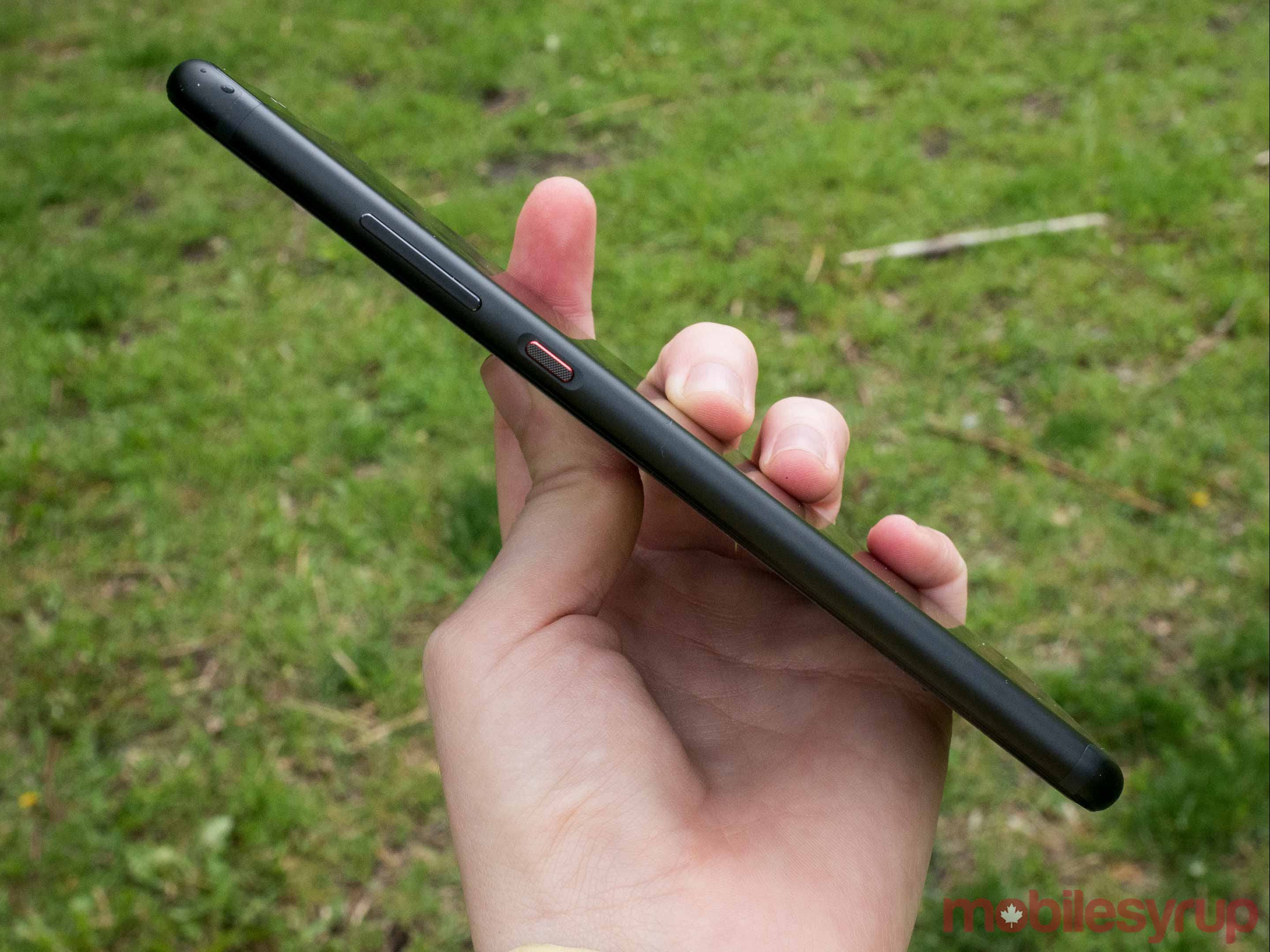 While North Americans might not be familiar with the HiSilicon Kirin 960 octa-core processor that the devices run on, the chipset provides the P10 Plus with a higher average benchmark than the Google Pixel XL, which features Qualcomm’s Snapdragon 821, on Geekbench.

In AnTuTu rankings, the Huawei P10 and its Kirin 960 SoC appear before the Google Pixel XL, but the Huawei P10 Plus isn’t listed. Other third-party showdowns between the Kirin 960 and the Snapdragon 821, MediaTek Helio X25, Exynos 8890 and Apple’s A10 chip also show the HiSilicon SoC’s prowess.

5. You’re not going to want to take off that screen protector it comes with. 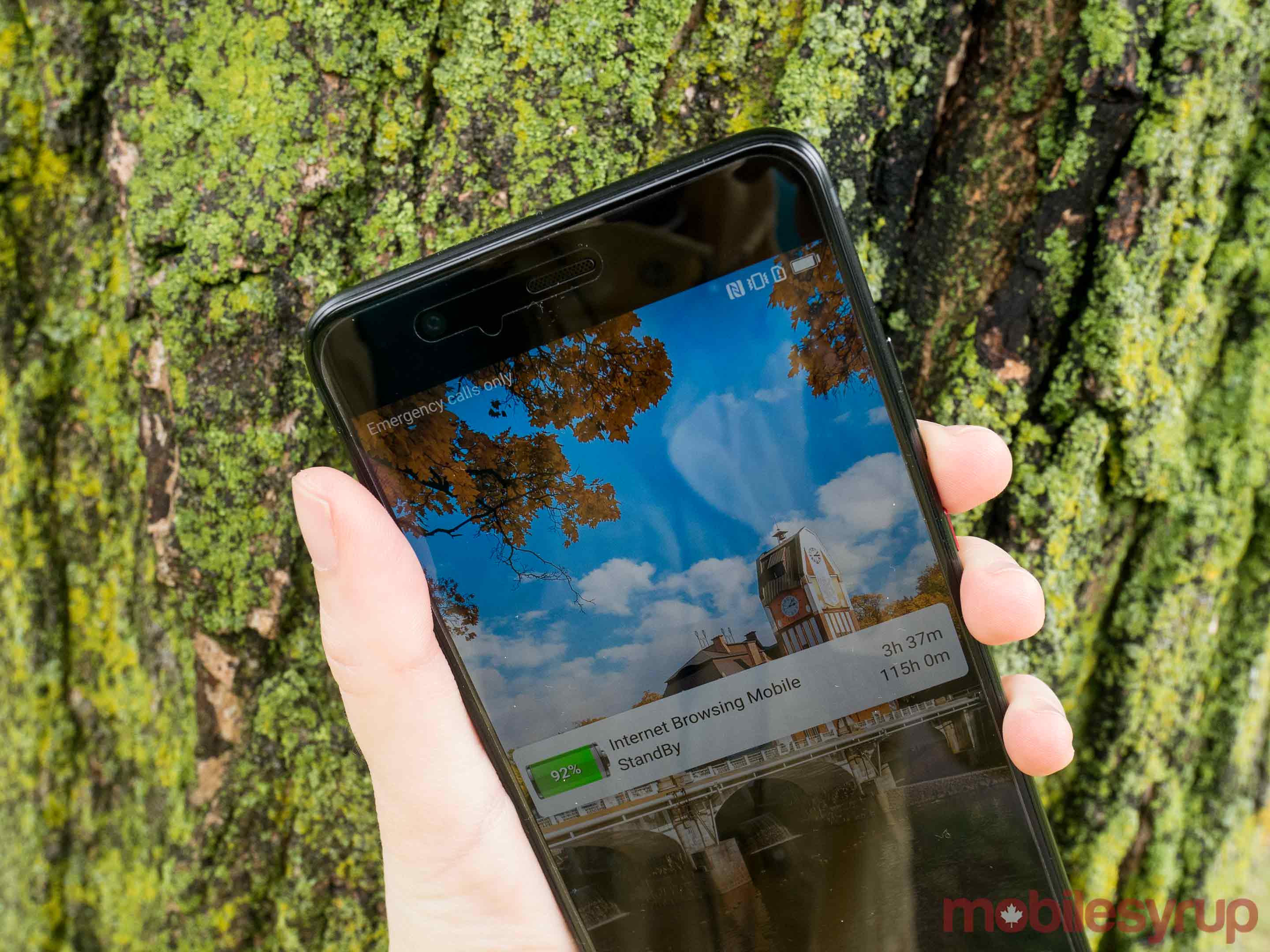 At first it seems like a cool perk that the P10 Plus comes with an already-applied screen protector (even if it’s only plastic), but the reason for its inclusion is that Huawei hasn’t put an oleophobic coating on the device, like there is on most Android phones, making it extremely susceptible to grease. 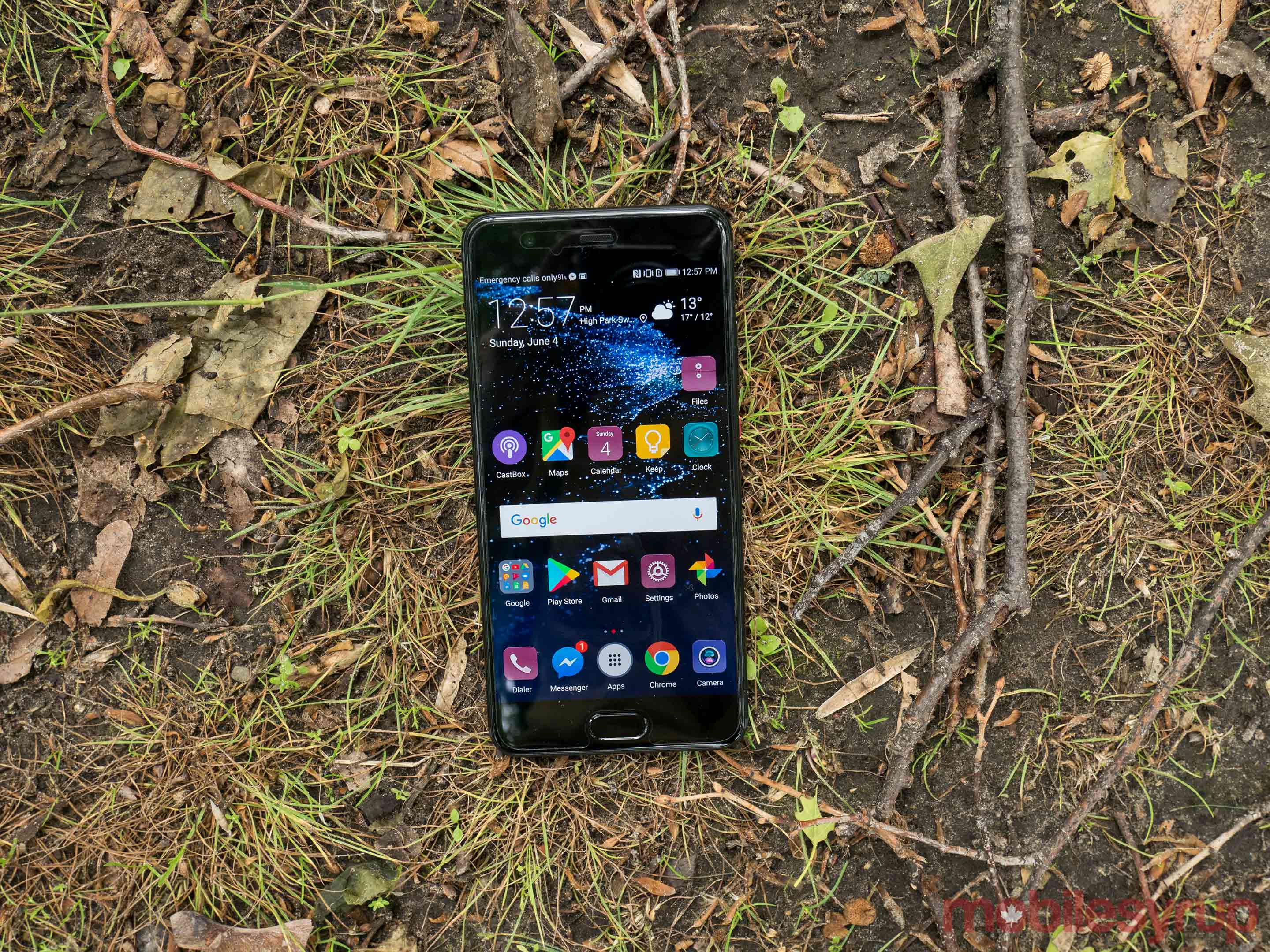 Huawei also promises that its SuperCharge technology will deliver enough battery power to watch a full-length HD movie on a five-minute charge, but further testing is needed before we can verify this claim.

7. It might take a while to uninstall apps at first, but EMUI has improved. 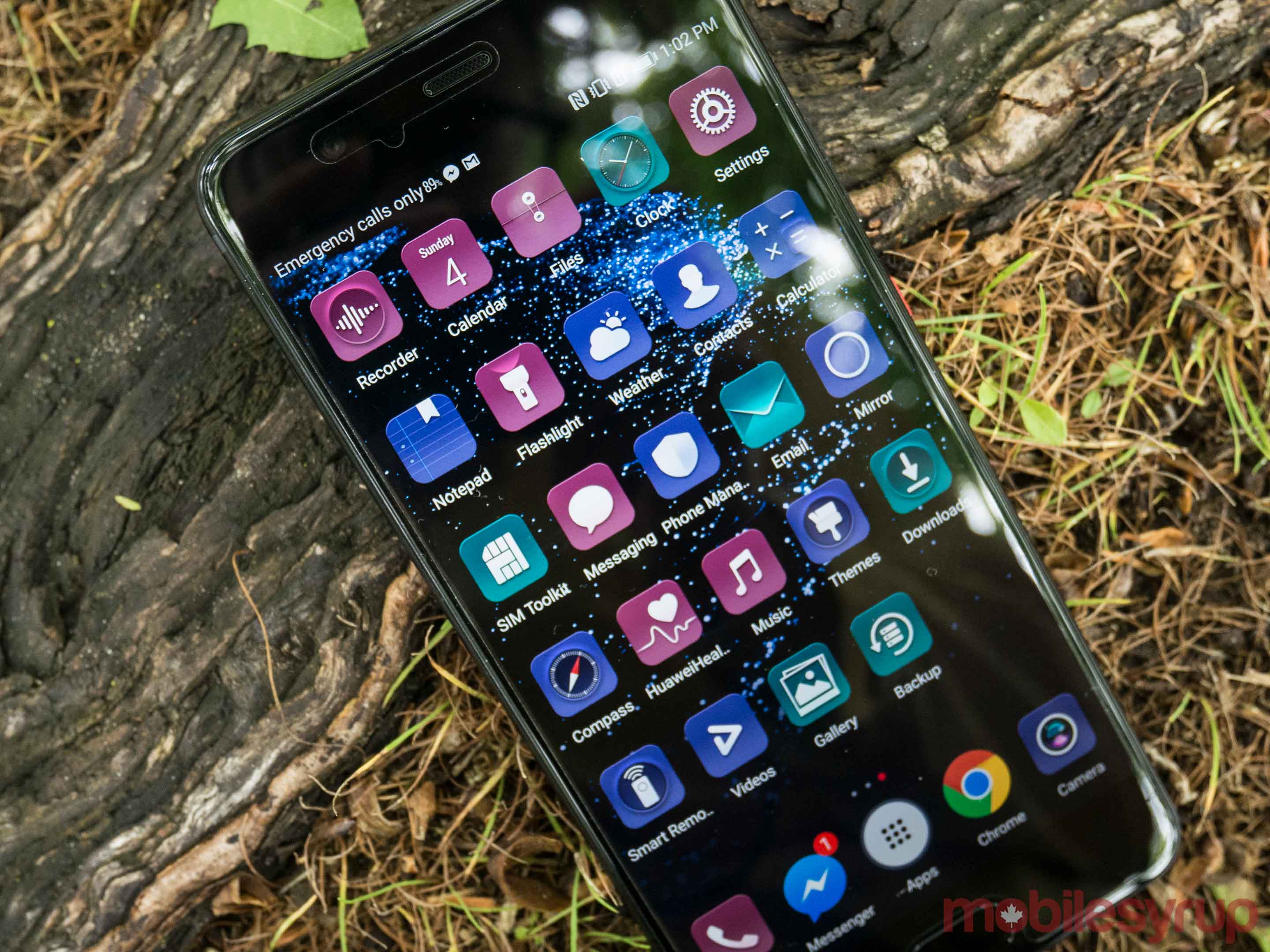 Huawei’s EMUI skin has been toned down compared to previous versions, making it easier to use. There’s still some customization to do (like adding the app drawer), and there’s a sizable batch of bloatware. That said, most of the pre-loaded Huawei apps can be removed. 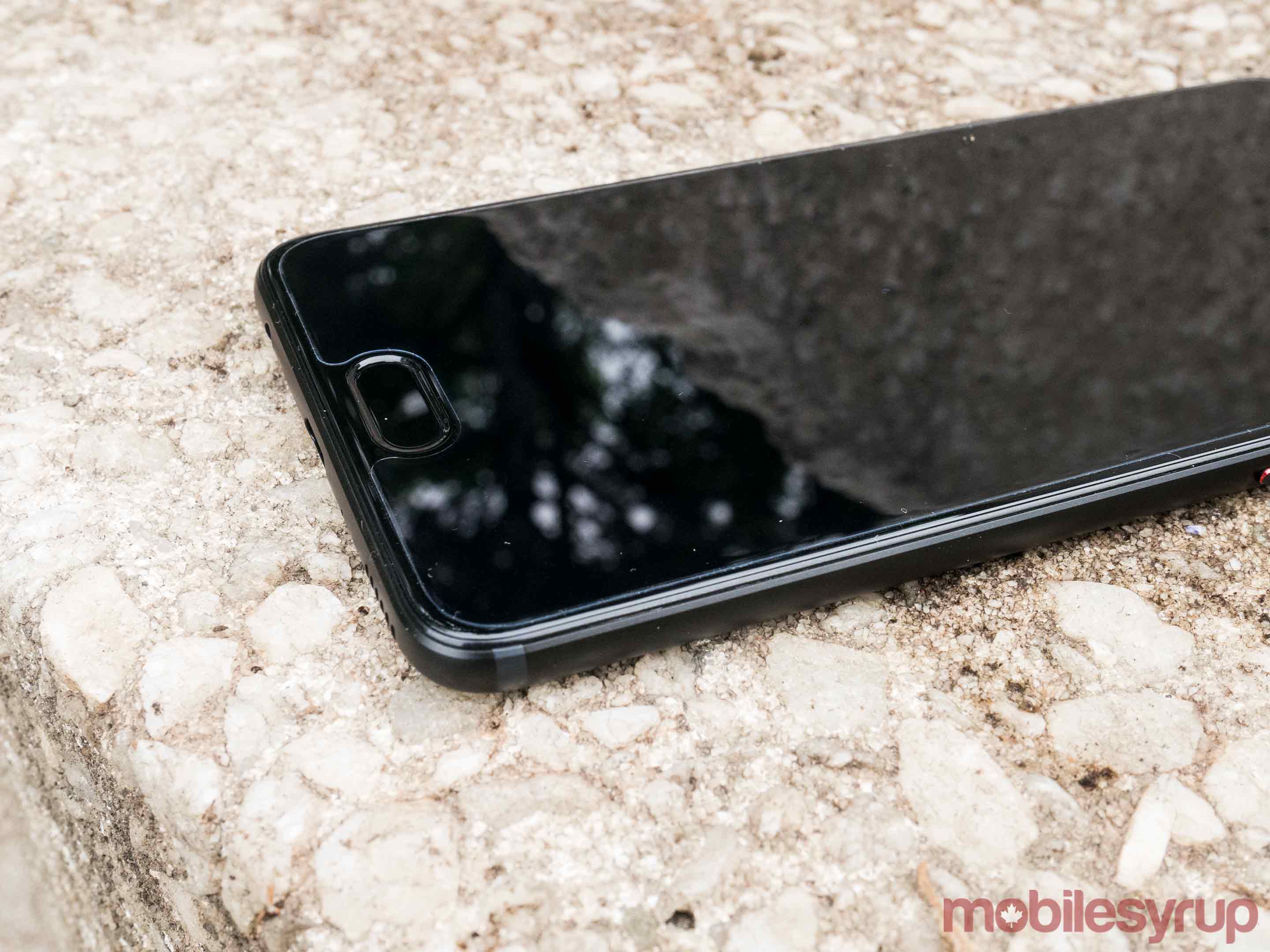 If there’s one thing we’ve learned from the Google Pixel and its swipe gesture to pull down the notification shade, it’s that fingerprint sensor gestures are cool. Huawei goes all in on this concept by allowing your fingerprint sensor to act as both your return button and recent apps list.

All you have to do is swipe right or left to get recent apps, tap lightly for return and press to bring yourself home. It’s actually extremely intuitive, but if you hate that idea you can still get on-screen buttons to perform all those tasks — though then you won’t be able to use the fingerprint sensor as a home button and it takes up extra screen real estate. 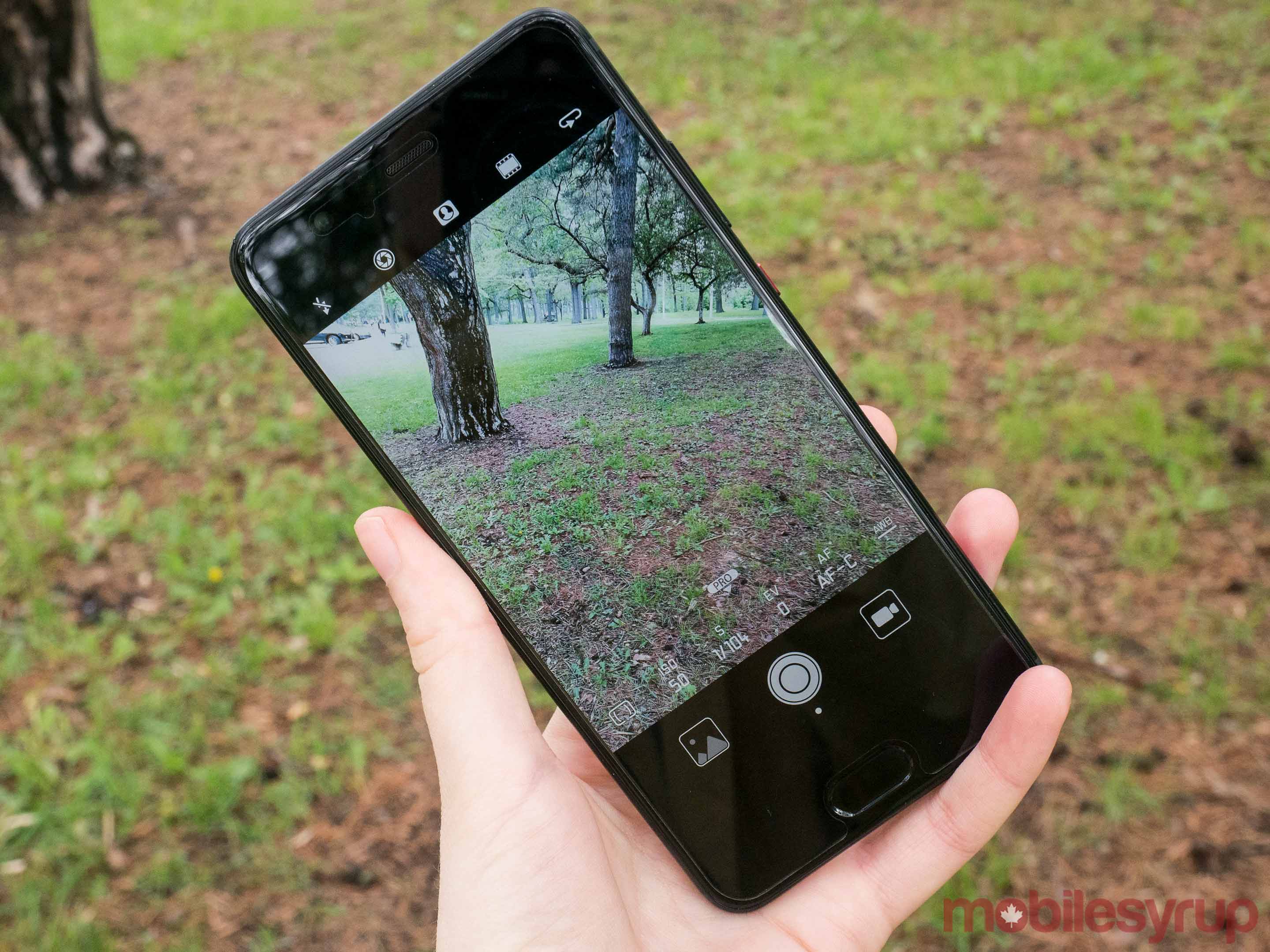 The P10 Plus’ pro camera mode is easy to access, simple to use with one hand and saves photos in RAW for easy editing, making it a great device for photography buffs. 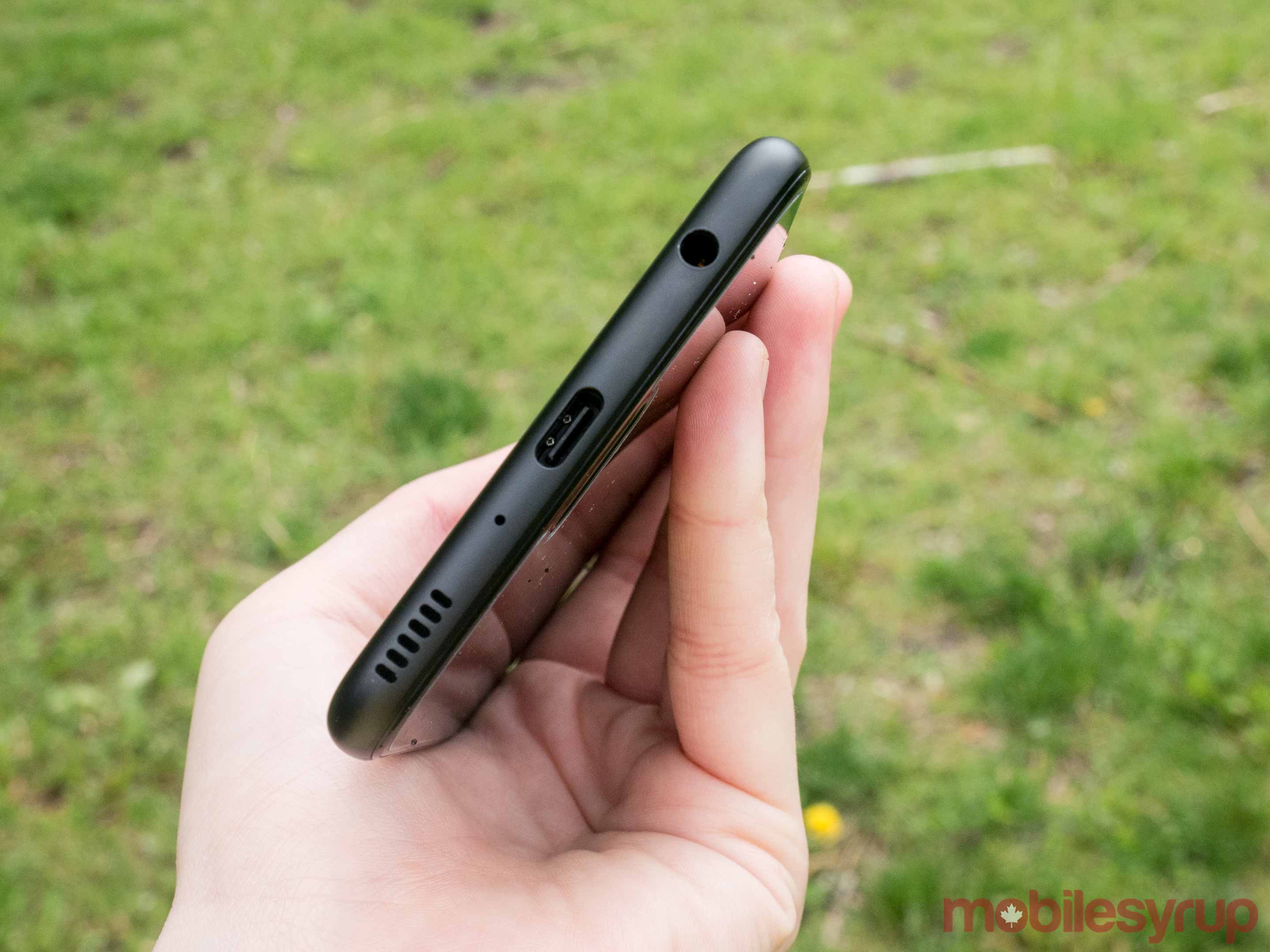 There’s a lot to be excited about when it comes to the P10 Plus, but water resistance isn’t one of those things, unfortunately. For a premium device (albeit at the lower-end of premium at $750 outright at Rogers), that’s a little disappointing. However, the P10 has premium peers like the Google Pixel that have also refrained from adding that extra layer of durability that can the mean the difference between life and death after an accidental dunk.

Keep your eyes out for a full review of the Huawei P10 Plus on MobileSyrup in the next few weeks.