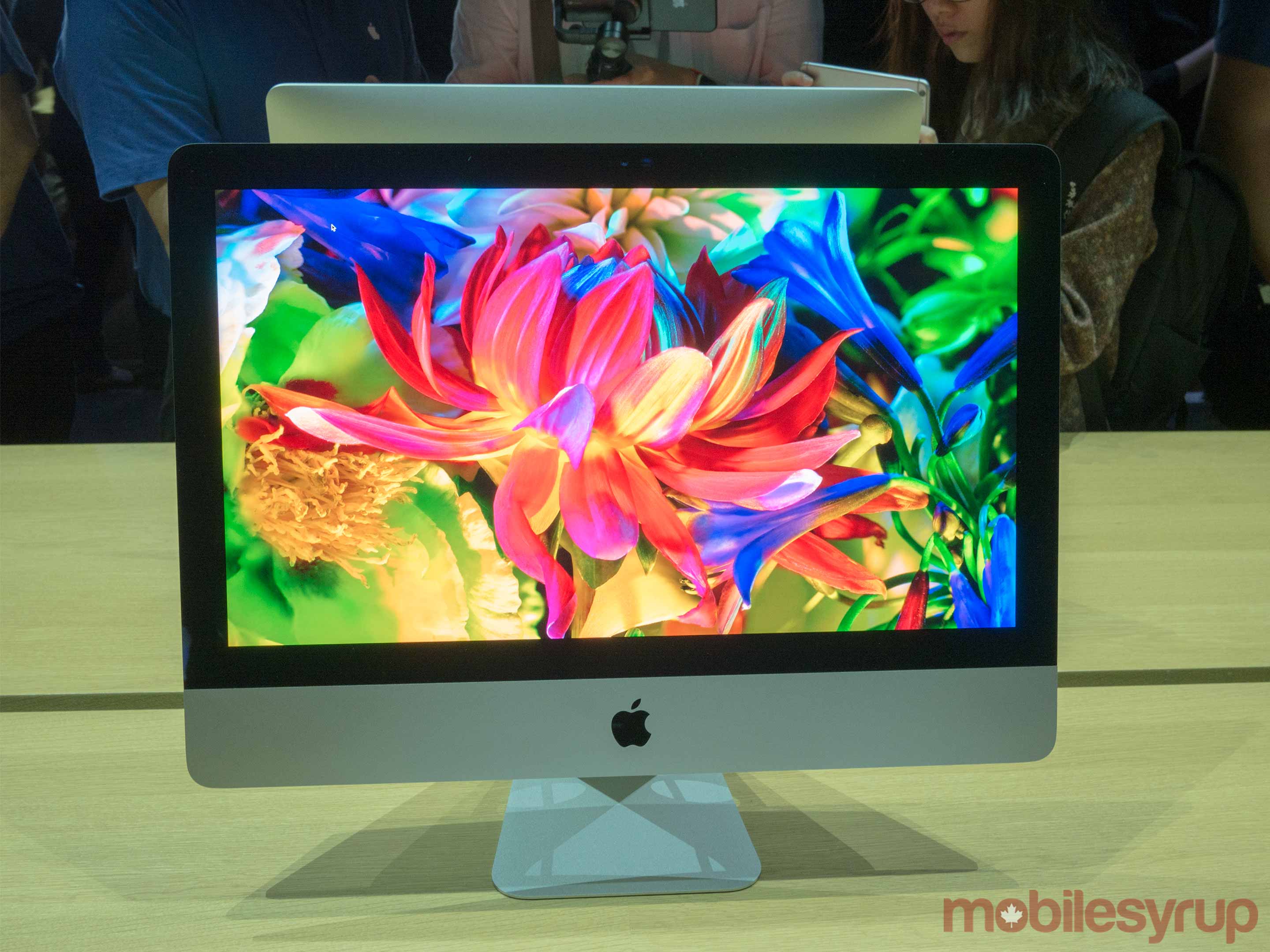 At its annual developer conference, Apple refreshed its lineup of iMac desktop computers.

Apple has refreshed the entire lineup with new displays that are at 500 nits 43 percent brighter than the screens found on the current iMacs. The new displays also support 10-bit dithering, allowing them to display more than 1-billion colours.

Each and every iMac will now also ship with Intel’s latest seventh generation ‘Kaby Lake’ processors. Additionally, depending on the size of the model, the new iMacs will support up to 32GB and 64GB RAM, twice as much as the previous generation.

The company’s fusion drives are now standard on all 27-inch iMacs. The company has added two USB-C Thunderbolt 3 ports to all models.

Last but not least, each model will get a GPU upgrade. All four 4K iMacs will now ship with discrete AMD GPUs. The most powerful iMac, meanwhile, will ship with an 8GB GPU.

Apple has confirmed Canadian pricing information for the new Mac devices. They will retail for $1,729 CAD and will be available in Apple Stores across Canada starting on Wednesday, June 7th.