Eliminate charging cord fumbling with AutoDock [Sticky or Not?]

There is no better proof that technology has made humanity lazy than the fact that I’ll avoid plugging in my smartphone until it dies when all I have to do is grab my charging cord (usually within an arm’s length) and plug it in. And yet, that is the sad truth: plugging my mini computer into my larger computer, or the wall, is a hassle I’d rather not deal with.

It is for degenerates like myself that Jason Kuznicki created the AutoDock, now receiving funding on Kickstarter. The AutoDock has one simple purpose: it makes plugging in your smartphone to charge (or transfer content) easier, not by replacing wired charging with wireless, but by automating the wired connection process. 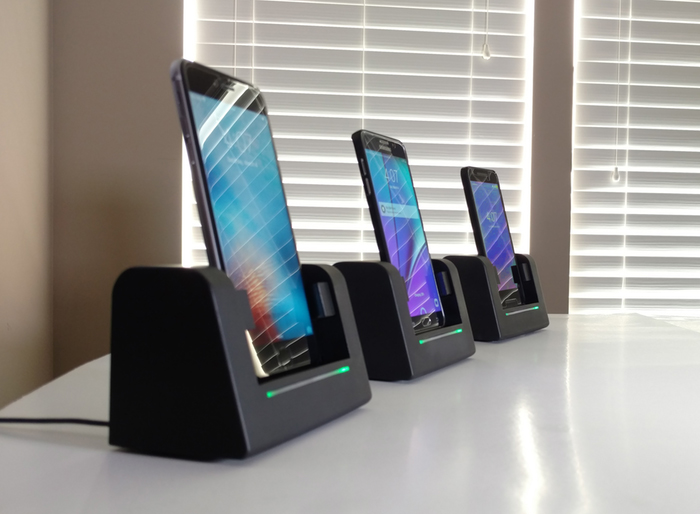 The prototype video shows two arms extending within the dock when a phone is dropped inside it. The arms hold the device in the correct position and connect it with the charger. A green light then turns on to show the device is charging, while a red light reports a connection that didn’t work, whether due to an awkward angle or because the device was upside down.

To disconnect the device, users pass their hands by the right side of the device which releases their smartphone in order for them to grab it again. The charger can be purchased in MicroUSB, USB-C and Lightning variants and supports all forms of fast charging, including Qualcomm, Samsung and Motorola technologies (as long as the users is employing the appropriate wall adapter, naturally).

Verdict: Sticky… and not

I would be a liar if I said I didn’t want one of these… It would make a perfect addition to my office peripheral game, allowing me to easily throw my device into the dock to charge during down-time. But I’m frankly unsure if my laziness outpaces my cheapness when it comes to the purchase of a $64 accessory that solves a minimal, though frustrating pain point. It’s on my wish list, however, and could also make an ideal gift for Mother’s Day or Father’s Day, especially at its promotional ‘late bird’ price.

Note: This post is part of an ongoing series titled Sticky or Not. Sticky or Not began as a series on MobileSyrup’s Snapchat account in which Rose Behar analyzes new and often bizarre gadgets, rating them sticky (good) or not (bad). Now the series is expanding to include articles, because who doesn’t love a quirky new gadget?