How Viktre tries to bring you closer to athletes you like 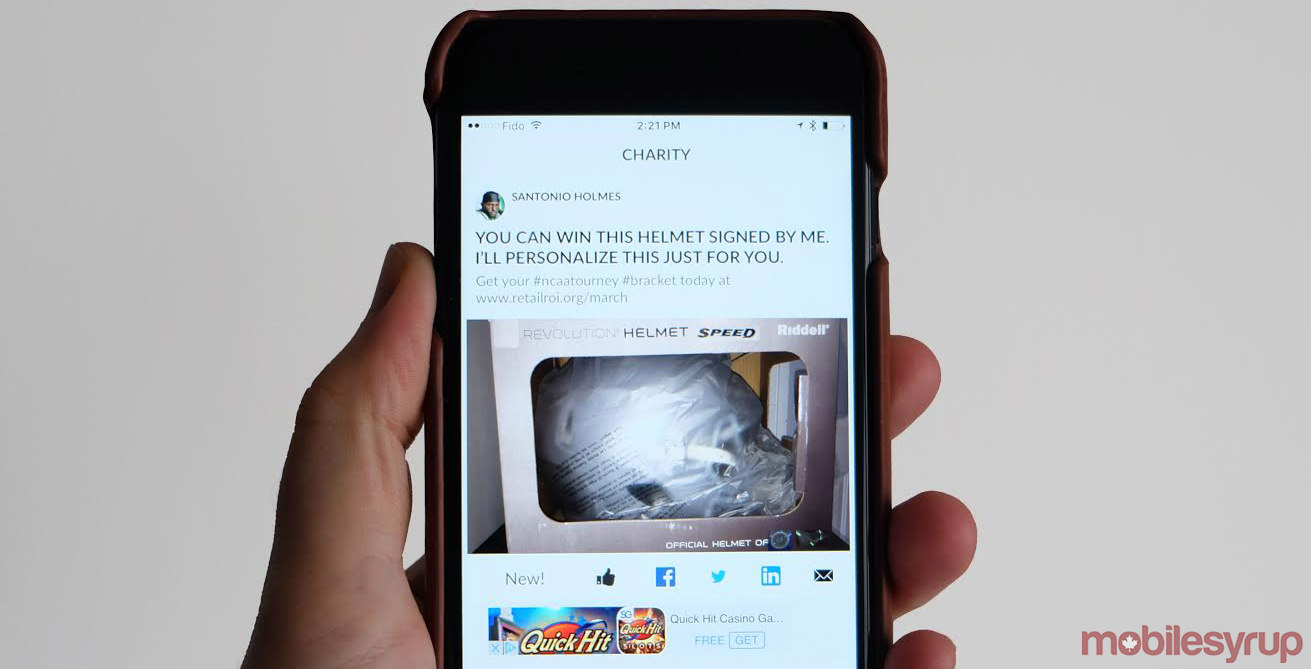 Much like entertainers, pro athletes are worshiped for their seemingly superhuman qualities. Social media has made it possible to communicate directly with them, and even if a response isn’t given, the connection can still garner some type of emotion.

This is partly the premise with which social media app Viktre (pronounced “victory”) runs on. Only, unlike other platforms, the Toronto-based company wants to promote the idea of athletes communicating with one another privately. Not that it’s trying to be pompously exclusive — the app is free to download and join for amateur athletes and regular users too — but the intramural connections between those in the sports world is the key to all this.

What you have here is a platform that allows athletes to post what they want to their followers in a format not unlike Instagram and other photo-based social media. Or they can choose to connect privately, away from prying eyes. The content feed does offer some interesting nuggets that I’ll touch on, but there are plenty of gaps for the average user.

The website takes things further by including a “Career Network” section that offers interesting and insightful articles about life after one’s sports career. The site predates the app, so the disparity in services is understandable, but I came away feeling a distinction with a difference between the two. More of the fluff was on the app, while more of the substantive content was dedicated to the browser. 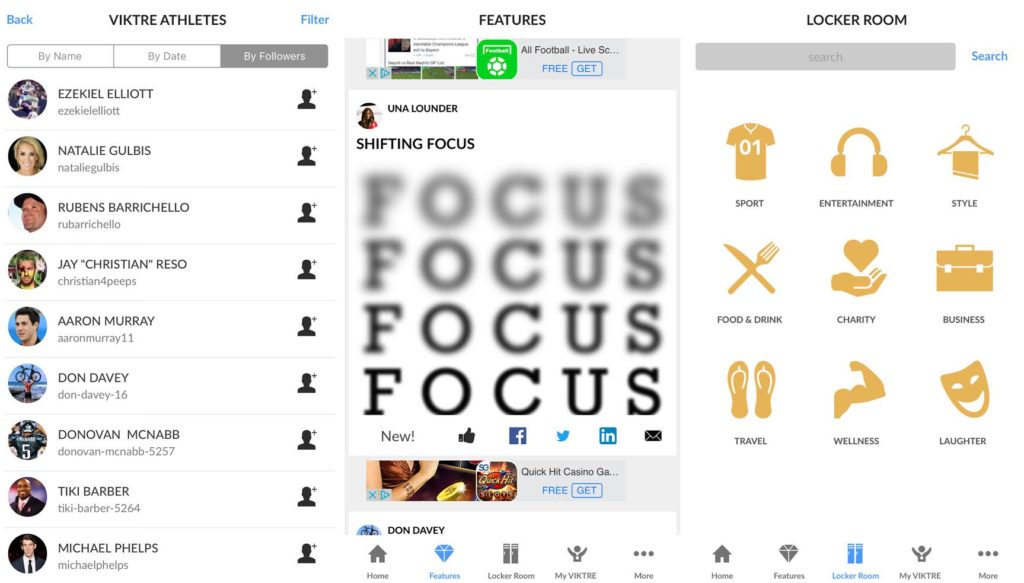 All told, Viktre CEO Al Steele says there are over 3 million active and retired athletes in the world, with the purpose being “to optimize business and social networking in a way that captures long-term value” for those that join. In other words, this is as much a service to them as it is a conduit to communicate. Some of those include athlete-to-athlete messaging, athlete-only events, athlete groups, advice on career changes, job creation, mentorship and leadership skills.

The plight of high-paid pro athletes who have fallen on hard times or become destitute isn’t a revelation. Numerous stories abound about that, so Viktre is at least partially designed to help them avoid such pitfalls.

“Our purpose is to support athletes in living their full potential during, and beyond, their athletic careers. Viktre is all about helping athletes tell their stories in their own voice and point-of-view,” said Al Steele in an interview with MobileSyrup. “Our mission is to build a global ecosystem connecting athletes to positively influence their lives.”

The app doesn’t make that inherently obvious, whereas the website does. I tried the iOS app and it functioned smoothly, yet seemed bereft of a rhythm. For example, going to “More” in the bottom menu leads to more options, one of which is aptly titled, “Viktre Athletes.” Opening that leads to a list of various names, several of whom I recognized immediately.

Looking at the numbers, however, indicates how far Viktre needs to go to attract a much larger following. Ezekiel Elliott tops the list at 118 followers, as of this report. Of course, Viktre isn’t Twitter or Instagram, so expecting the same explosive following would be unfair based on what the purpose is here. Rather than trying to outdo those established brands, Steele says Viktre is supposed to be a complement to them.

Except part of the purpose is monetization, and ad dollars do go directly to the athlete in accordance with views and interaction from others. Those figures don’t become all that lucrative without eyeballs watching. Banner ads are displayed under each post, no matter who it’s from. An understandable revenue source for a newer platform, but an unseemly one for the user. I personally found it broke up the flow, imagining what it might have been like if Twitter or Instagram was strewn with these types of ads.

Athletes are also going to need to buy in by creating original content for it. I saw a number of posts from popular athletes that originated from other social media sources. The Viktre team is pushing financial incentives as a way to keep things as original as possible and avoid too much overlap.

Revenue also comes from other areas around their individual streams, including events, branding, and sponsorship.

What is neat is that there is a level of philanthropy and outreach that does seem genuinely original on here. Going to Locker Room > Charity leads to a feed devoted to various causes and events athletes are involved with. This content tends to be original rather than re-posted, and can be informative insofar as what an athlete might be participating in, especially if they are retired or inactive for the off-season. 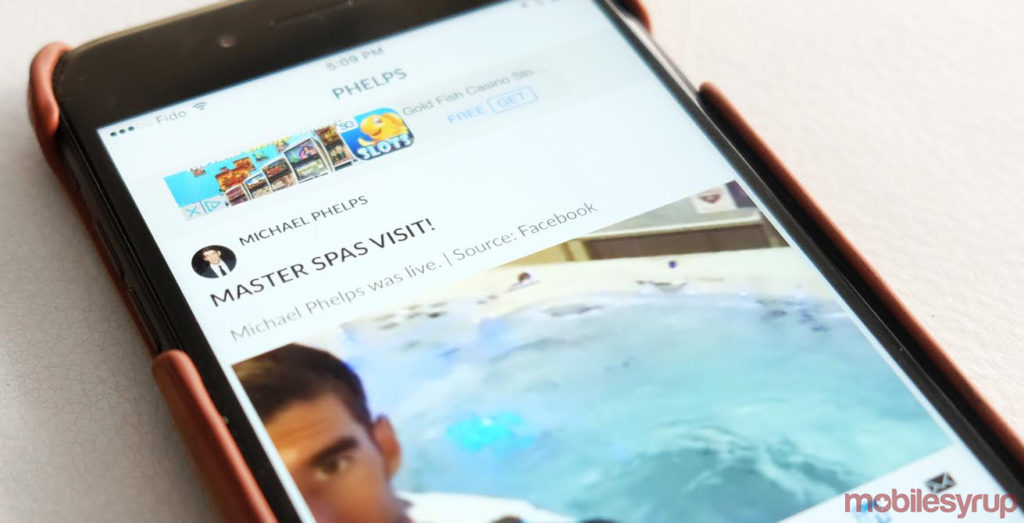 For any athlete at any level, the career-related articles on the web version are the most insightful. Many are filled with positive reinforcement derived from first-hand accounts, while others are cautionary tales of how fluid money really can be in one’s career.

Fans will get something out of that content too, simply because anything a favourite athlete does can be seen to be interesting. The app doesn’t focus as much on that particular content, though doesn’t stray from its overall premise, either. Viktre isn’t the place an athlete goes to post something sarcastic or controversial but is more likely to post things about a particular night in their career that has a story behind it. Some of those have been interesting to read.

The iOS app has been getting some work done to improve it, and there’s plenty of room for more polish. An Android app has been available, but is outdated and set to be replaced sometime soon.