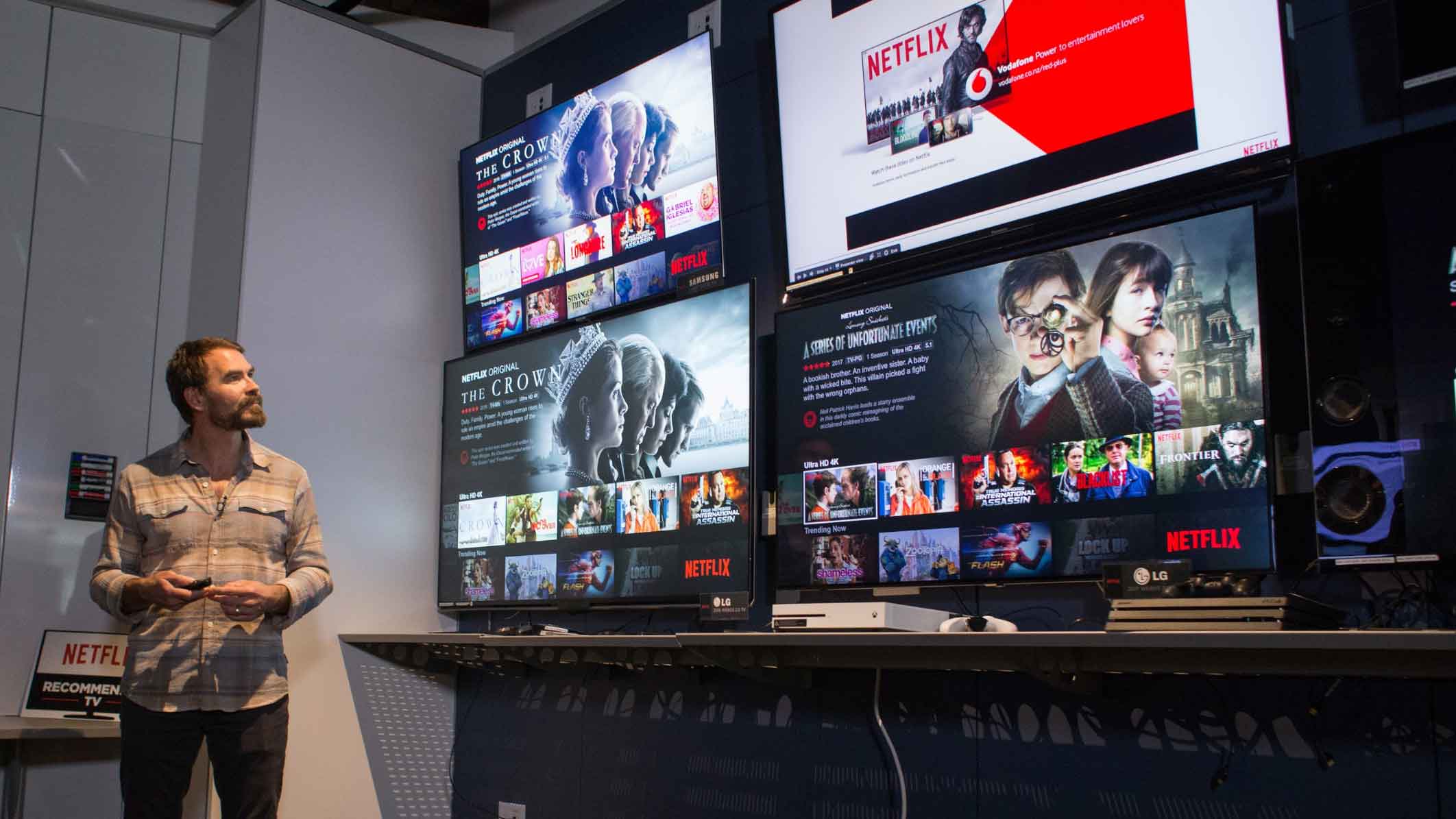 While Netflix has never launched its own display hardware into the market, the company has been in the business of critiquing other brands’ smart TVs since 2015, when the company launched its Netflix Recommended TV program at CES.

On a press trip held at the company’s Los Gatos, California headquarters, Netflix toured journalists around an entire office floor packed with displays as far as the eye could see, cluttering every corner and unused cubicle. The TV storage surrounds a lab dedicated to its smart TV analysis, where TVs of the highest quality (and price) descend in layers on the wall, displaying some of the company’s 2017 selections: 2017 LG 4K UHD TVs with WebOS 3.5, 2017 Sony Android TVs and 2017 Samsung 7, 8, 9 and Q-series Smart TVs.

Other TVs may be added throughout the year, but all must achieve a majority of the rigorous criteria, including the ability to power on the TV and start using Netflix in a few seconds, the ability to switch between apps and live TV without noticeable lag and a hi-resolution display of the Netflix interface (a new addition this year).

As in past years, decisions are also based on whether Netflix is easily accessible from wherever the user is within their TV menu, the inclusion of a Netflix button on its remote and verification of whether the TV comes with the latest version of Netflix. 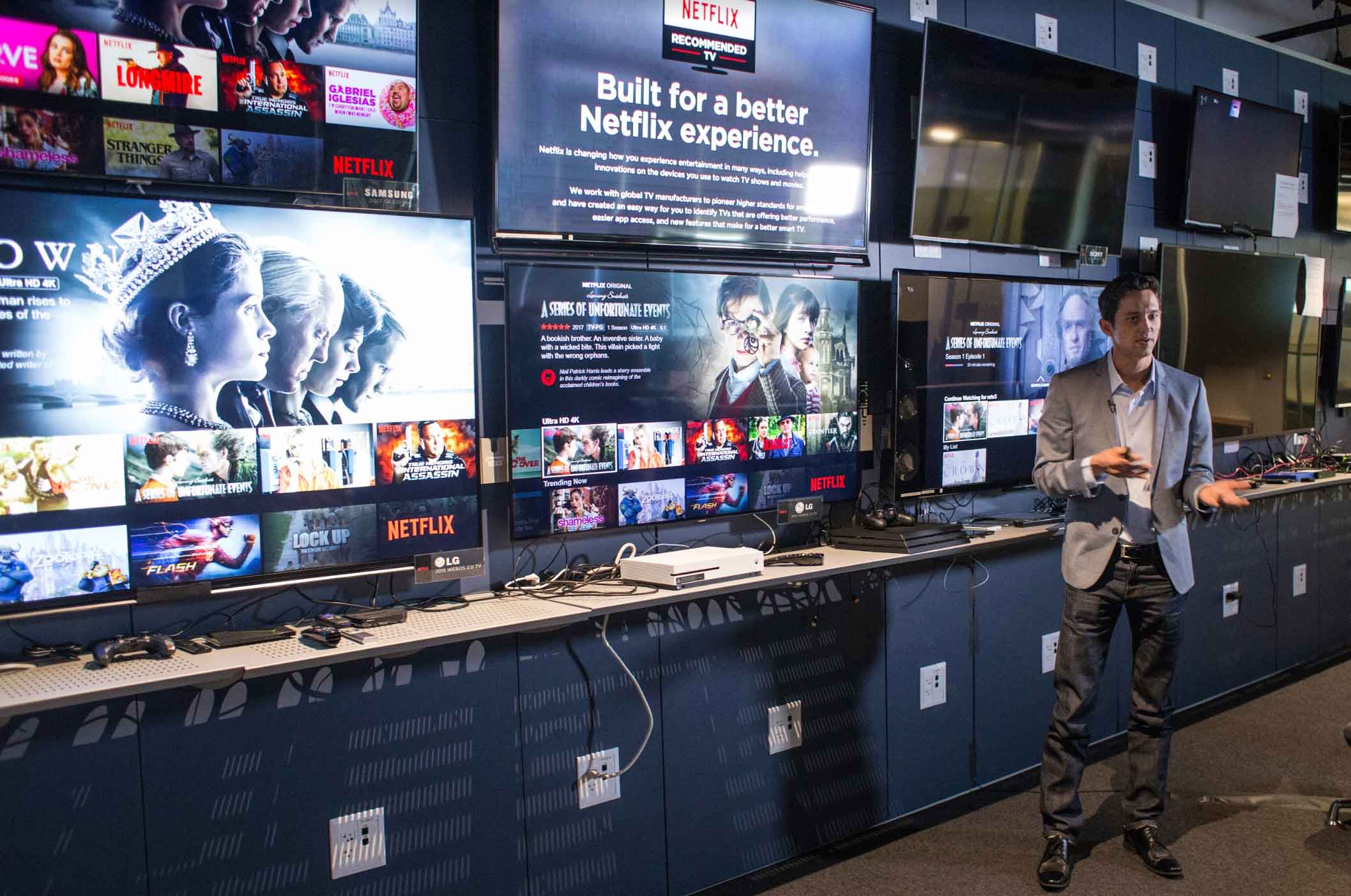 In a briefing with the press, Netflix’s global head of business development Bill Holmes, reiterated Netflix’s disinterest in pursuing hardware.

“We had companies approach us and say ‘Why don’t we build you a Netflix TV?’ and we said ‘Why would anyone ever want to buy that?’” said Holmes, stating that he didn’t see a purpose in such a device.

That line of thought did result in the genesis of Netflix Recommended TVs, however, which achieves the dual-purpose of providing guidance to super fans and the TV industry at large, without necessitating a move into hardware.

“We’ve been able to do that in a way that’s more democratic and that everyone can participate,” said Holmes, “rather than going into competition and having a Netflix TV and trying to sell that and be more successful. I think not only is that not strategic, but we’d probably be terrible at it.”