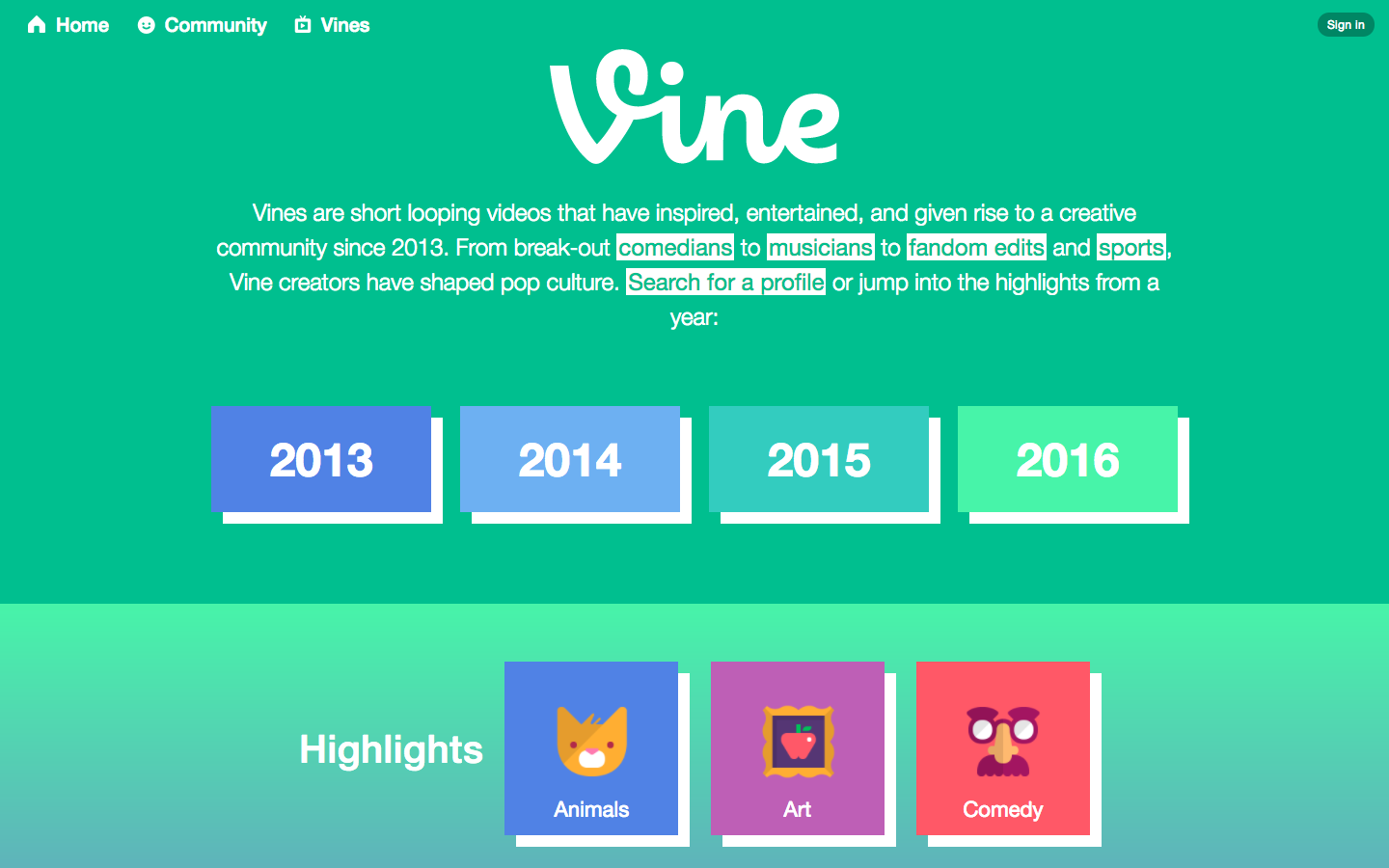 It’s been about a week since Vine’s service shut down on January 17th and its app renamed ‘Vine Camera.’

When the company announced Vine would shut down in the fall of 2016, it seemed as though users would be able to download their video archives, but that the website and its apps would cease to function once the shutdown completed.

However, since that original announcement, Vine Labs clarified that the website would become a searchable archive of Vines, and that there are currently no plans to delete those archived videos. Videos on the web archive will remain sorted by genre as they were during the service’s lifetime, and it appears even metadata like comments, likes, and revines are still accessible.

The official blog post from Vine Labs regarding the changes tout the new website as the ‘Vine Archive,’ a kind of time capsule of posts between 2013 and 2017. As a final nod to the six-second video service, short videos under 6.5 seconds posted to Twitter will now automatically loop like Vines do, since the looping video was one of Vine’s most endearing features.