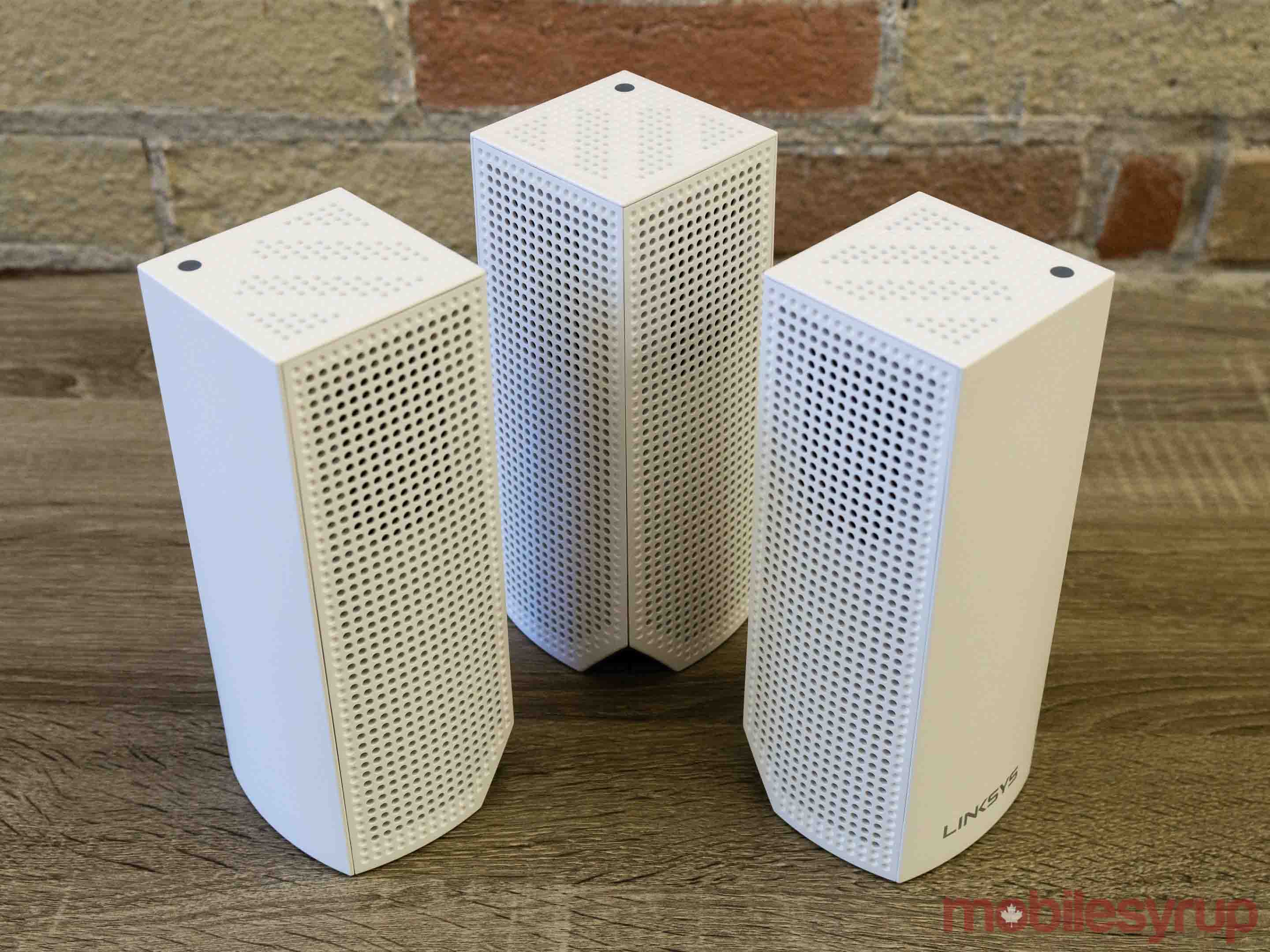 While CES 2017 has yet to offer up something as truly revolutionary as a 3G vaping smartphone, several interesting new devices have come out of the annual consumer electronics show, including a new mesh network capable router from Linksys called Velop. The company sent MobileSyrup the Velop three pack, set to cost $650 in Canada, which we unboxed.

According to Linksys, the Velop is the first 802.11ac mesh network-capable tri-band router. 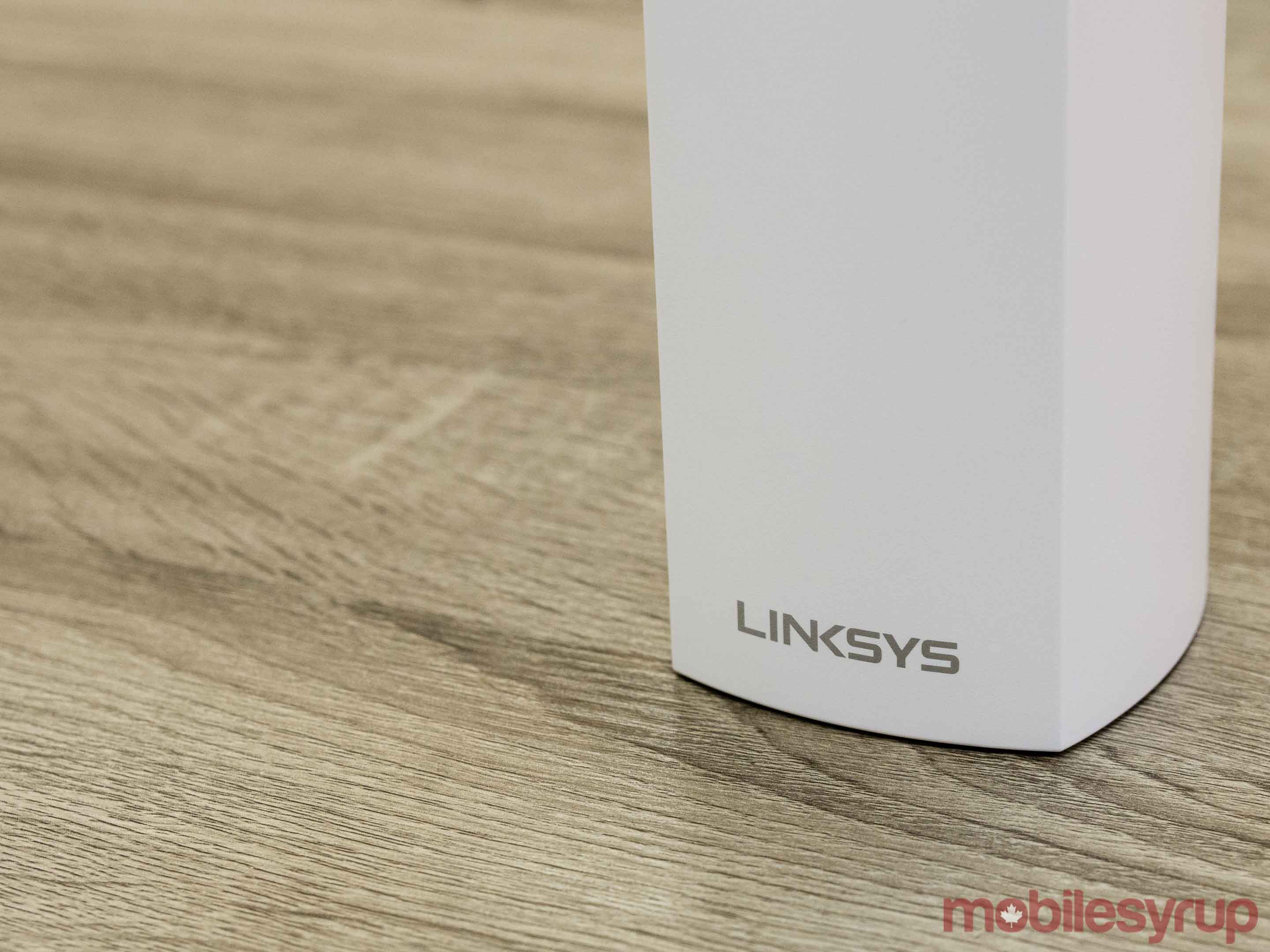 Mesh networks recently became all the rage among tech companies — and with good reason. In the past, if a homeowner found Wi-Fi dead spots in their home, their main recourse was to install one or more Wi-Fi extenders. In practice, Wi-Fi extenders present two significant disadvantages.

First, from a usability standpoint, they don’t work how most people expect. When moving between the coverage area of a router and extender, the transition isn’t seamless; the user has to manually move between networks on whatever device they’re on at the time. In addition, there is an approximately 50 percent drop-off in Wi-Fi speed with each subsequent extender in a network. 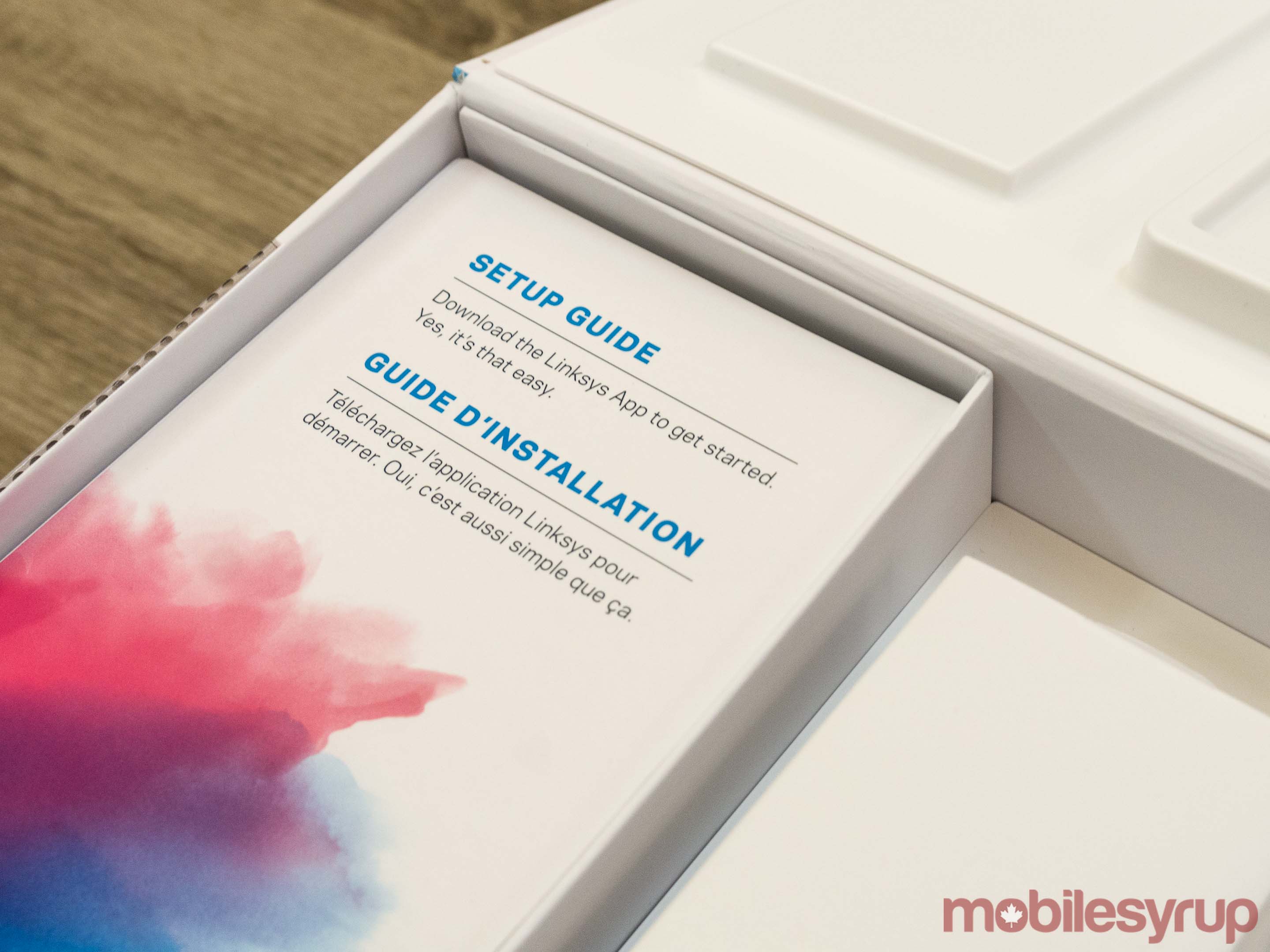 Unboxing the Velop, it becomes apparent Linksys and Belkin put a lot of thought into how packaging can play a major role in one’s experience of setting up a new device. Upon opening the box, new Velop owners are greeted with a card that explains that setup exclusively involves downloading the Linksys mobile app, available on iOS and Android.

The app acts as a guide during the setup process, even going so far as to suggest the optimal place to put each of the units. It also sets up the units through a secure Bluetooth connection, which allows Velop owners to skip switching between Wi-Fi networks while they complete the set up of their new wireless network. 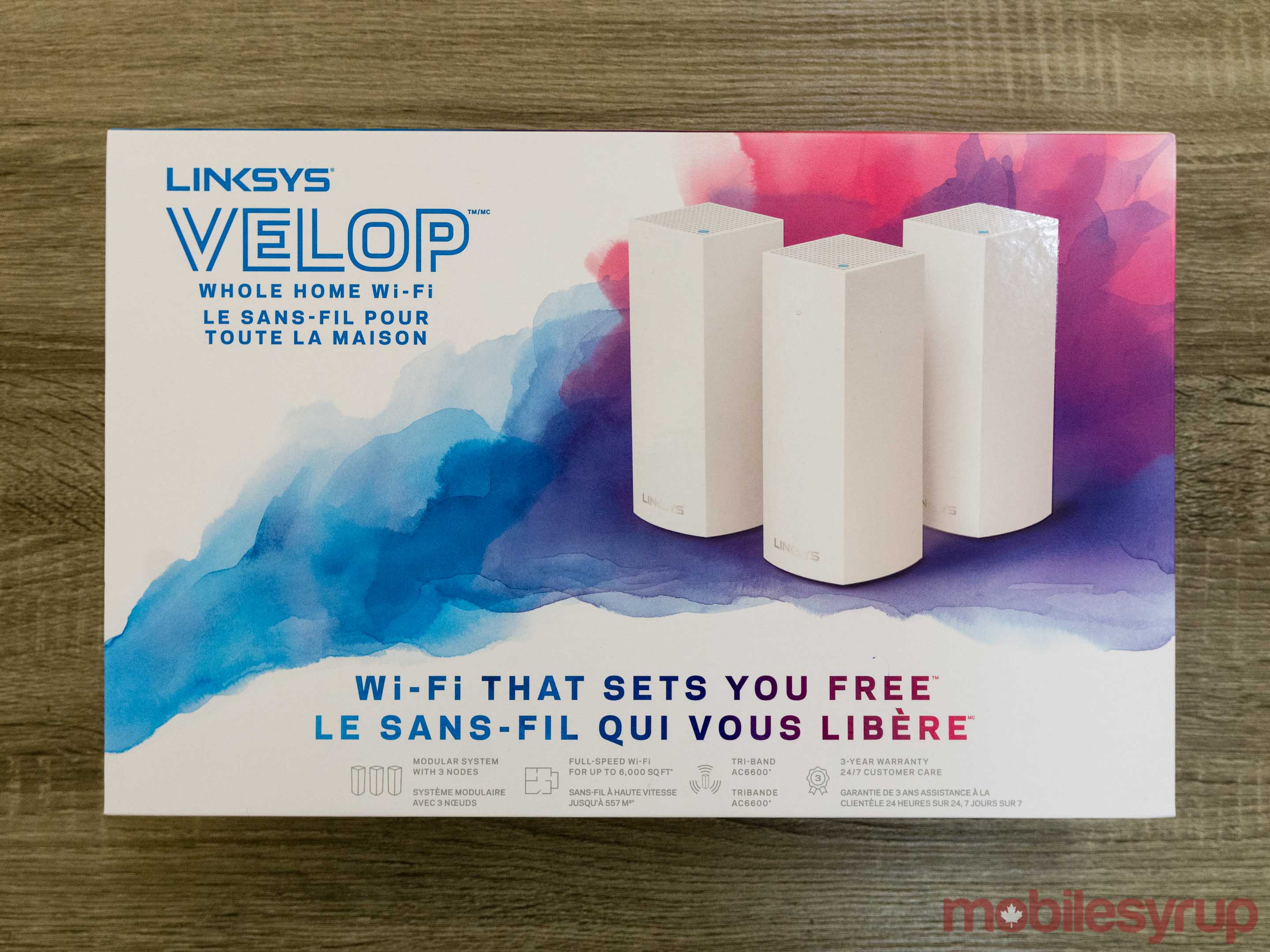 Turning the card over reveals additional information on how setup works, explaining at a more granular level the process of downloading a mobile app.

Removing the insert reveals a single white ethernet cable. Below it are multiple bays that hold each unit’s power brick. 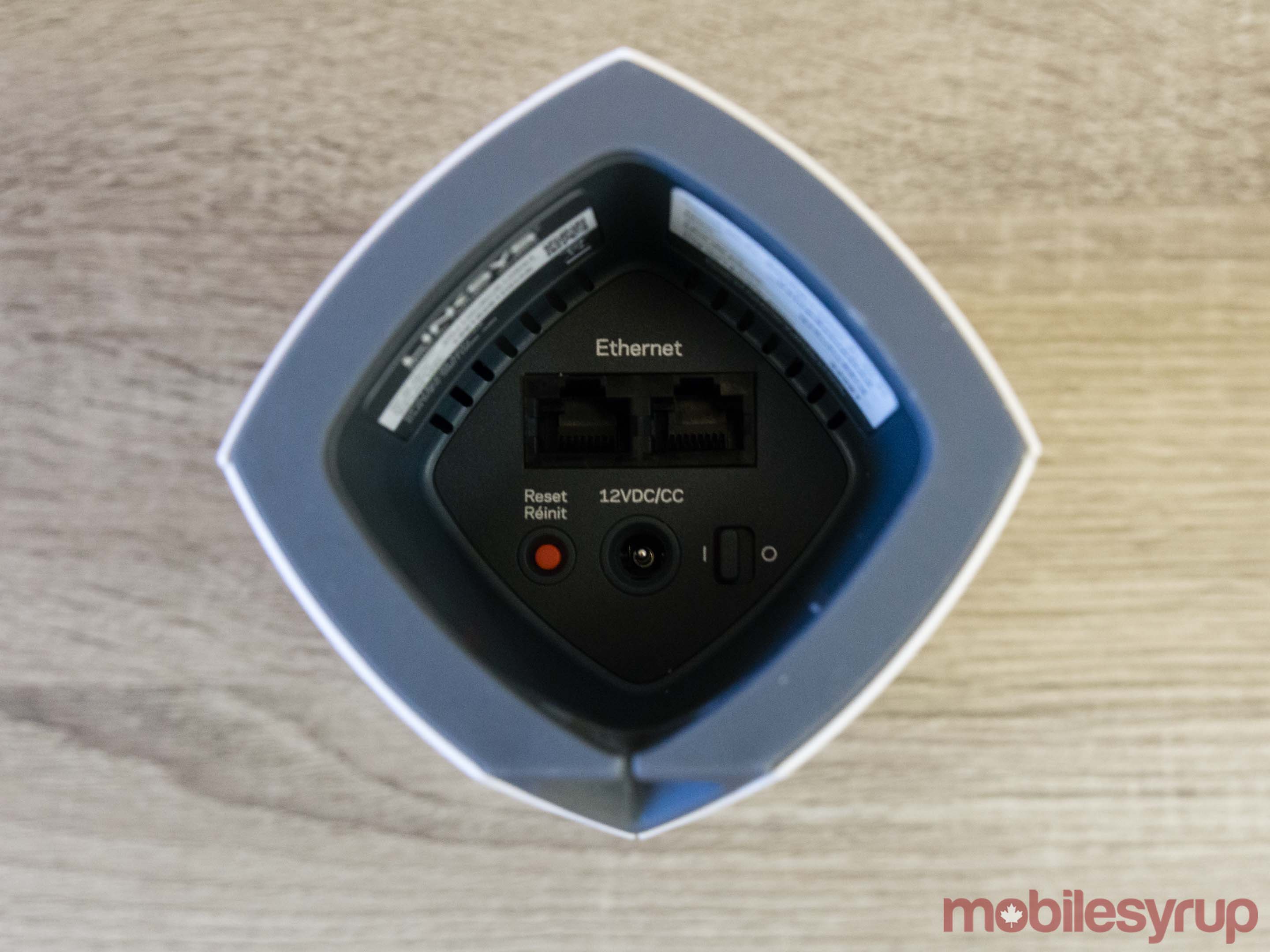 Each router has a reassuring heft and sturdiness to it. Linksys says the design isn’t just for show. The vertical construction allows each Velop to house six antenna and them out a signal in a way that improves performance in multi-story homes. Turning a unit over reveals two LAN ports, a single DC port and a reset button.

The Velop system starts at $250. In addition to the three pack we received, there’s a two pack that costs $500.