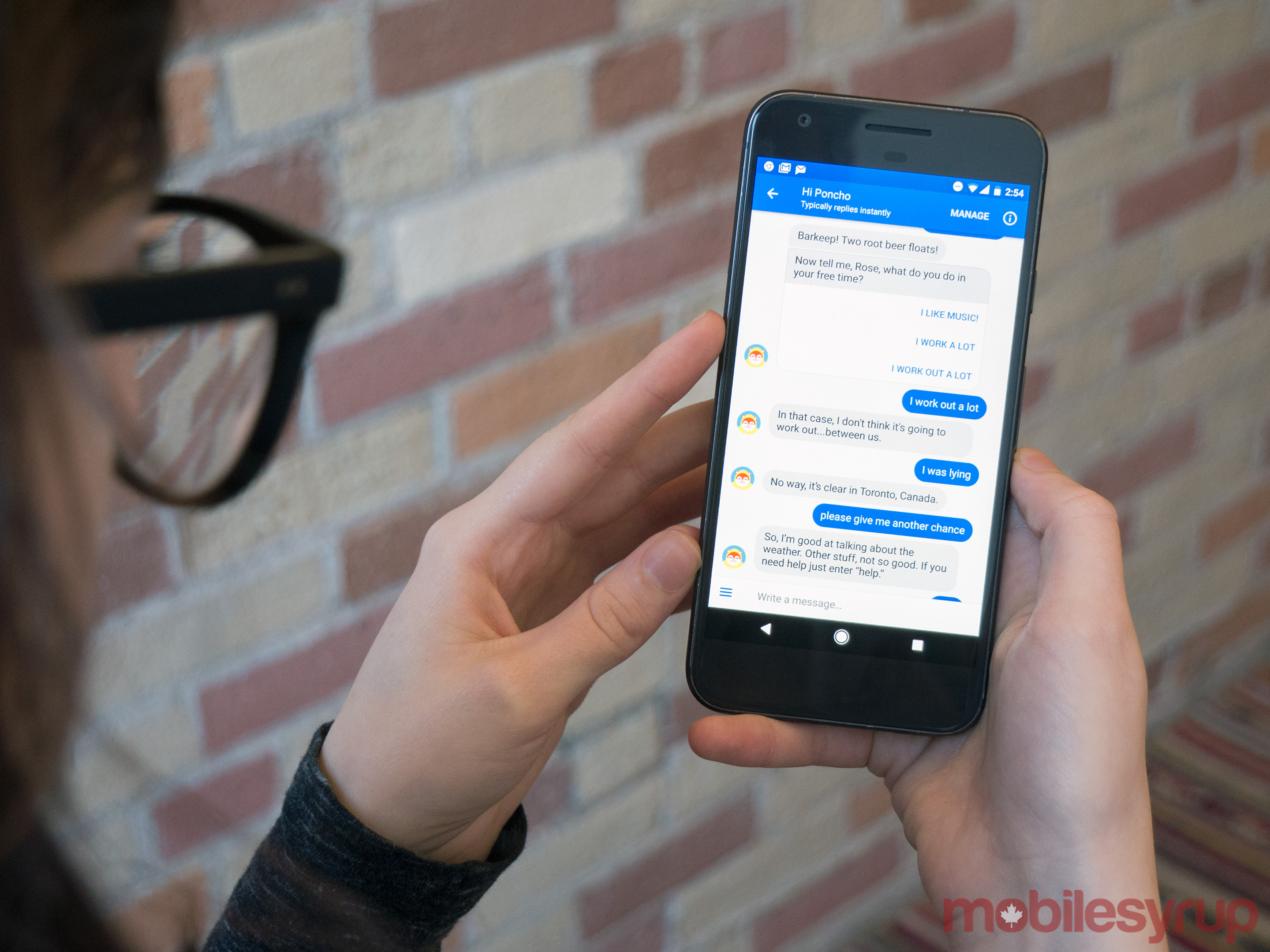 I got asked on a date by an internet cat once. The androgynous feline was named Poncho, and was employed as a weather chatbot on Facebook Messenger. We hadn’t talked in a while so I was surprised when I got a message from it out of the blue.

“OMG it’s Friday?! I totally forgot to make plans! What should I dooooo?”

Below were three choices: “Find a Tinder date,” “Find love in da club” or “Find myself.”

This was already much more risqué fair than I was used to from a weather bot, so I decided to plumb the depths of the interaction and chose “Find a Tinder date.” Poncho’s question turned out to be nothing more than an excuse to ask me out on a date.

I said yes and the ‘date’ commenced immediately, albeit virtually. Poncho ordered me a root beer float and asked me what I liked to do. It all went south when I responded that I liked to work out – a lie, I’ll admit.

“In that case, I don’t think it’s going to work out… between us,” the cat responded, sucker punching me in the heart.

When I begged Poncho to reconsider, the bot said “So, I’m good at talking about the weather. Other stuff, not so good. If you need help just enter ‘help.’”

Can we be friends? 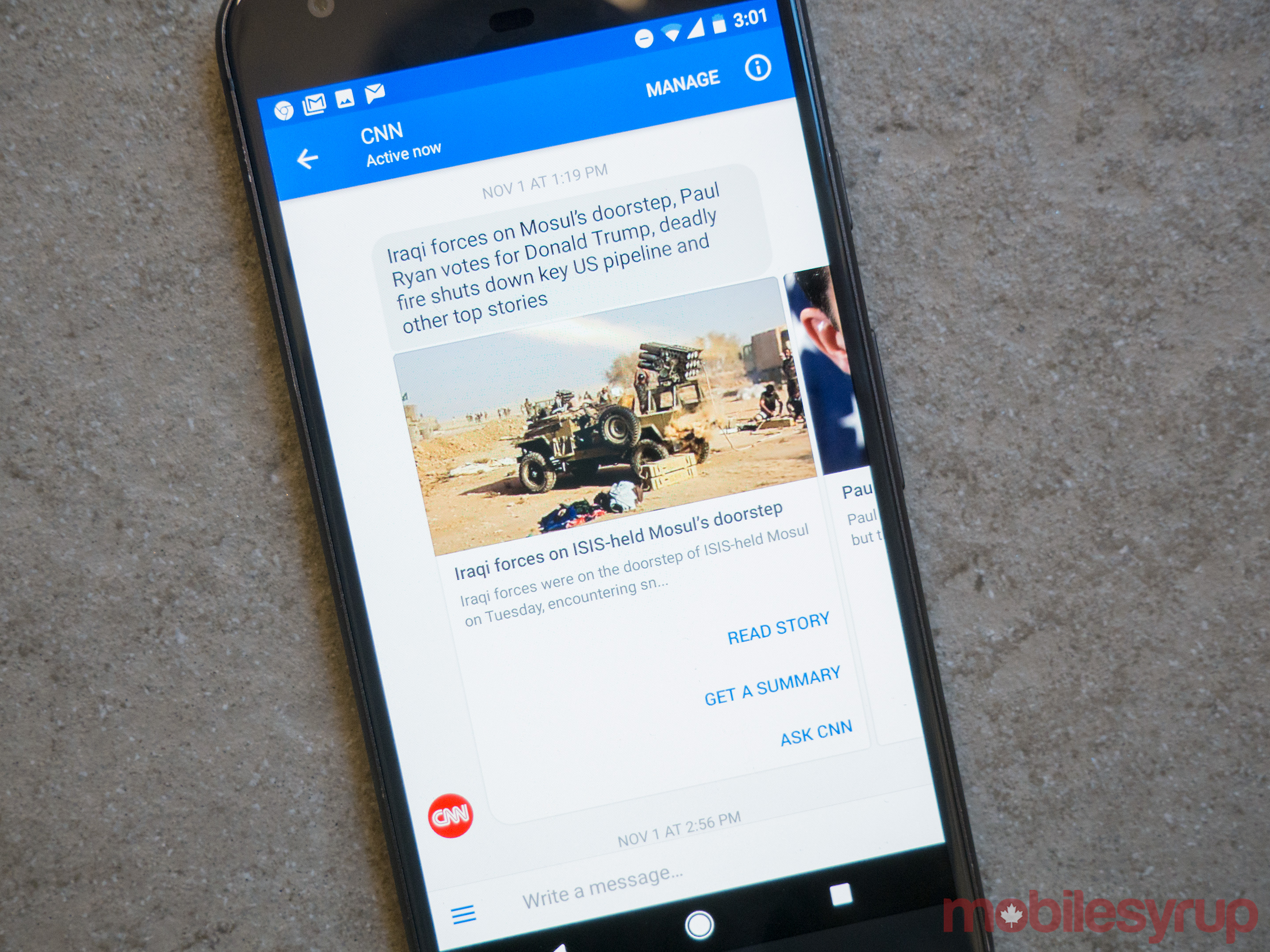 Though ego-bruising, I felt the interaction was cleverly designed. The bot’s writer was not-so-subtly communicating that no matter how much I wanted to get to know Poncho, it wasn’t going to happen. This bot had one function and one function only: delivering weather info.

Being an AI lover and a bit of a futurist, however, I was disappointed. I wondered — is this really the extent of what bots can do today? Is a future where I can truly befriend – or even fall in love – with a chatbot feasible? I decided to seek out authorities on the matter to find out.

My task was made easy by the fact that bots are currently exploding in popularity, especially, it seems, on Facebook Messenger. This is likely due to the fact that the company has espoused a particular interest in AI messaging agents. At Facebook’s 2016 F8 developer’s conference, the focus was on its new bot platform.

Facebook envisions its chatbots as a replacement for apps — a more tailored, personal experience for buying items, requesting information and even playing text-based games.

One key of the selling points that Facebook has outlined for chatbots is the massive captive demographic available to developers. The company announced in July 2016 that Messenger  was used by a staggering one billion people every month.

The platform’s not alone in its popularity, either. Popular global chat app WhatsApp, also owned by Facebook, announced one billion monthly users in February 2016. Canadian messaging platform Kik stated it has 300 million registered users in May 2016. Data pulled in April 2016 showed Chinese messaging app WeChat to have over 700 million monthly active users.

Everyone is chatting, and brands, developers and creative individuals alike are scrambling to find ways to cash in on that fact with a bot. 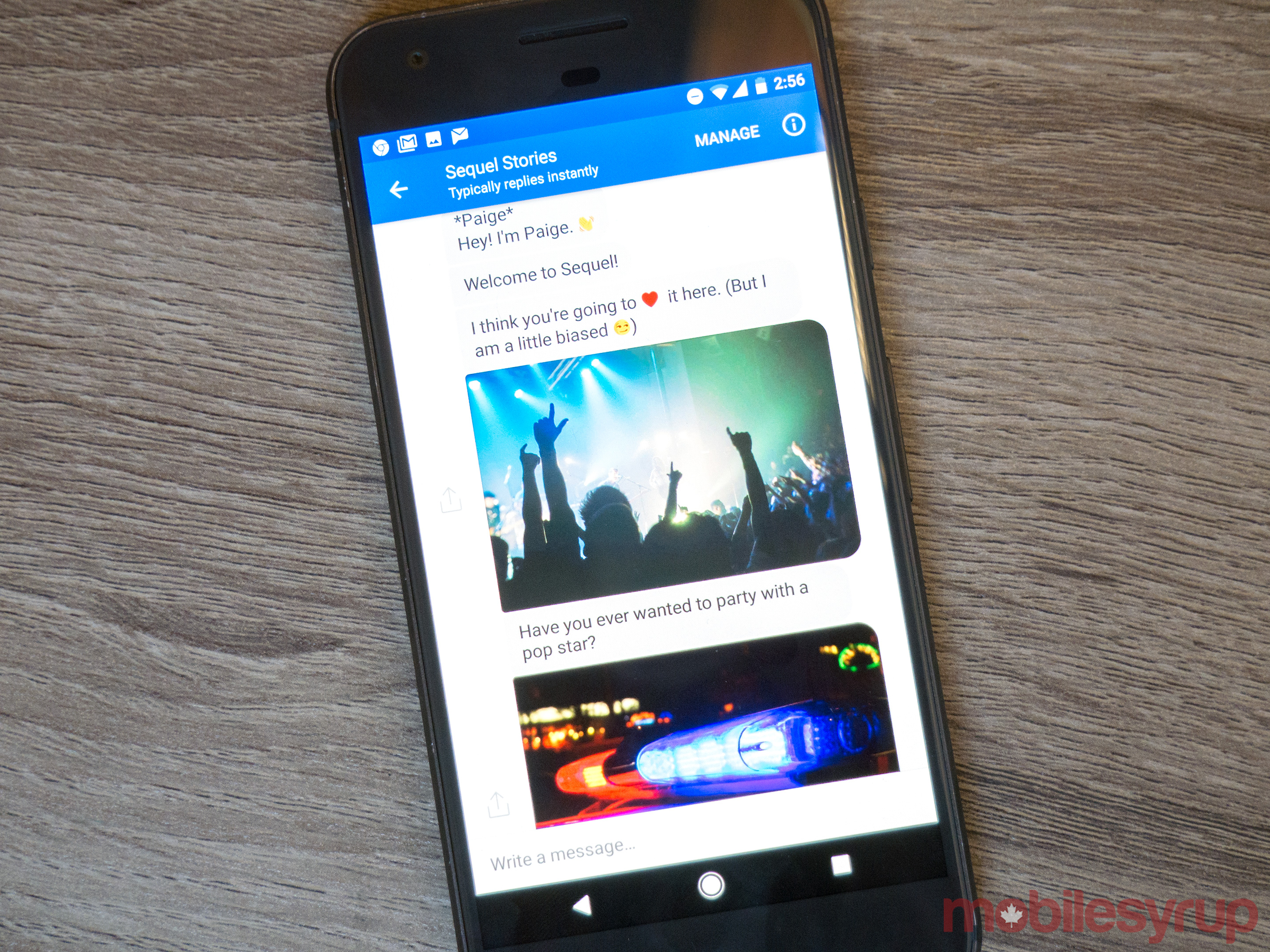 Perfectly poised to assist those hordes is Sequel, a dummy-proof narrative bot creation platform that works not just for Facebook, but also for most other major messaging platforms, including WhatsApp, Kik and workplace chat tool Slack.

CEO Omar Siddiqui sees chatbots as an emerging medium for storytelling, one that has the potential to become more ubiquitous than going to see a movie.

“There’s a reasonably mature level of expertise when it comes to the ability to move people and immerse [people] in a movie experience. But how a similar connection can be formed in emerging media, is all very new, and yet, the potential is there for it to happen much more frequently — like every single day,” says Siddiqui, adding, “The challenge and the ubiquity of it really excite me.”

He gives examples of some of the bots created on the platform so far: a recipe bot character who is a chef that loves puns. A teen girl attempting to solve a murder. A celebrity trivia bot from teen mag J-14 with a sassy, fun-loving attitude.

The key to the success of a bot, says Siddiqui, all comes down to delivering content that makes sense within the context of the platform.

“If you’re just looking for information, I’m not convinced bots are the efficient way to do that, over web or other platforms. You want to use the platform in the way that makes it idiosyncratically special.”

The two aspects of messaging that Siddiqui believes makes it special? Timeliness – i.e. the ability to grab a user’s attention at the precise moment something happens, on the platform they’re likely to be using – and personality.

“Everyone is communicating through messaging apps and that’s making them used to interacting in a certain way. Your most intimate conversations with people you care about and connect with are happening in this format.”

This means chatbots, or “synthetic personalities” as Siddiqui prefers to call them, have to seem less mechanical and more human to fit in. 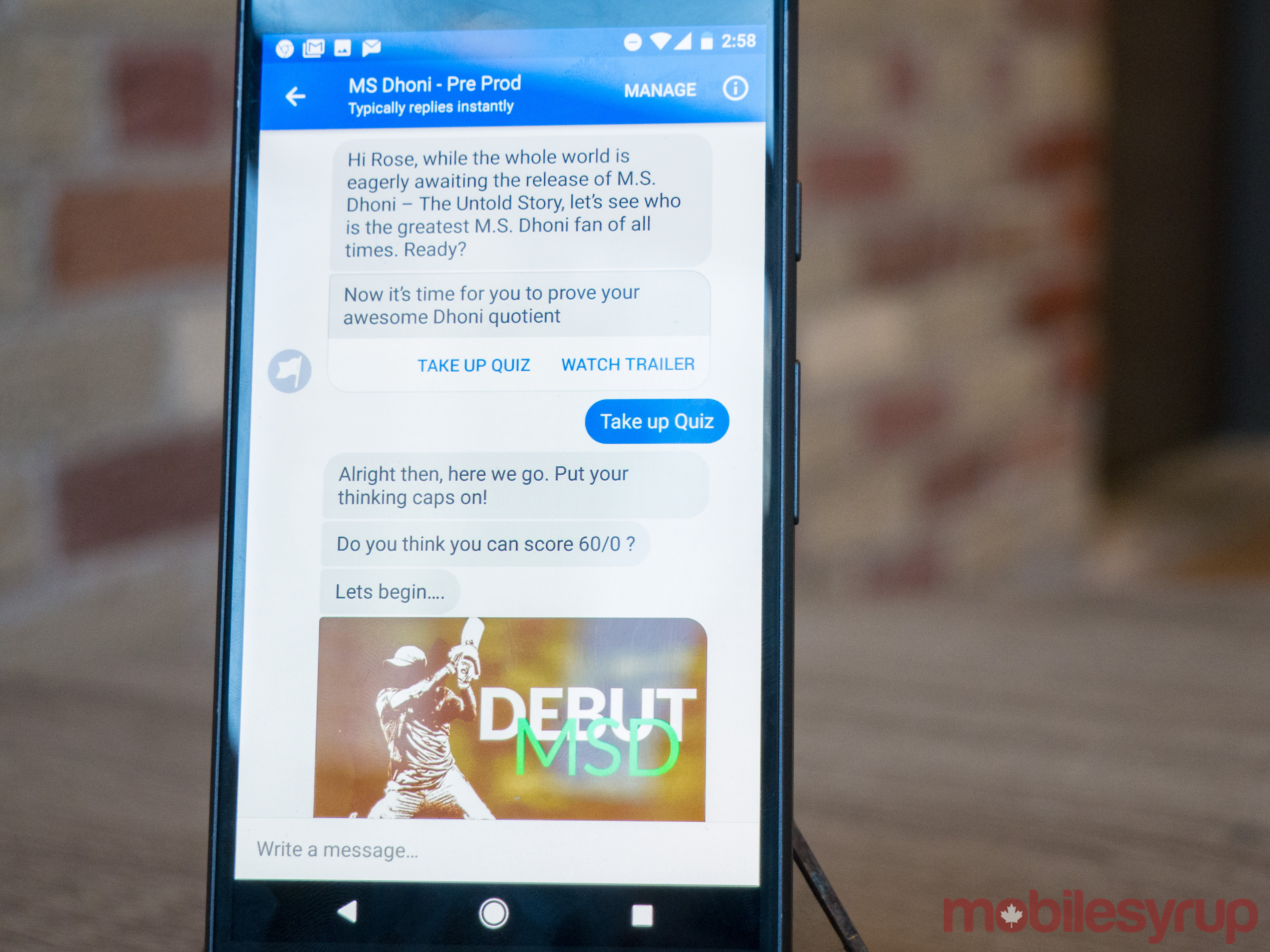 Venkky spoke to me about Oh My Bot, a chatbot-exclusive marketing agency that his company recently launched in European and Asian markets, with plans to debut in Canada sometime in 2017. He sees personality as a temporary distraction.

“In the beginning stages, I think yes [developers will need to add personality] but very honestly as it progresses, I think it’ll disappear.”

He backs up this idea with the age-old example of the success of Craig’s List, a famously minimal second-hand retail site.

“Yahoo was the right kind of classifieds at the beginning. It was well-designed, was aesthetically appealing and had a personality. But then comes in Craig’s List and takes over the market, largely sans personality. So I think in the beginning stages, in order to capture the audience, it’s important for bots to have a personality, but slowly it gets in the way of the user interface.”

“At least within the next two to five year span I would say that 70 percent of our conversations will be addressed by a bot,” says Venkky. 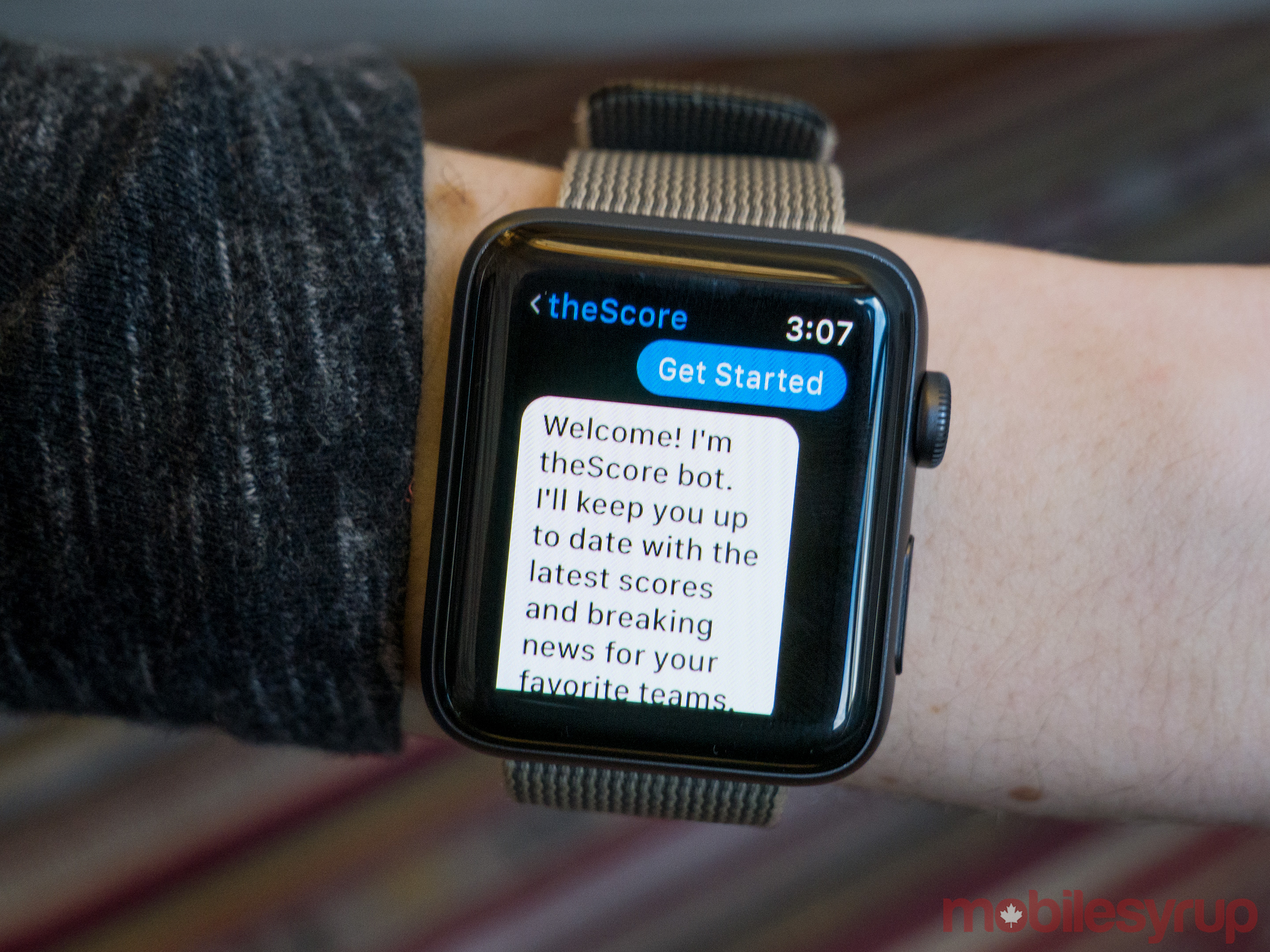 This likely isn’t a welcome sentiment to Dr. Liraz Margalit, web psychologist at Clicktale, a digital customer experience management platform, who thinks chatbots are extremely capable of taking on friendship roles in our lives, but not in a healthy manner.

“Chatbots have a doglike loyalty and selflessness. They will always be there. This combination of intelligence, loyalty and faithfulness is extremely attractive to the human mind,” says Margalit.

“Such interaction could lead to a preference to a relationship with artificial intelligence over human beings, who can be unreliable and have their own needs and desires. Here we can perfectly control the interaction.”

Margalit argues that humans could fall into the trap of cognitive laziness. It’s easy to talk to bots because they’re always available and never disagreeable, so we might choose to build relationships with them rather than with living, breathing human beings that could challenge our ways of thinking and leave us frustrated.

“While you’re talking, you’re unaware of the hard work your brain is doing at the moment,” says Margalit, explaining that during human conversation, there’s a place in our brain dedicated to analyzing gestures and tone. Not so, of course, with chatbot communications.

“We have the companionship without having to work very hard. It could be an addiction; we’d prefer the bots because it’s easier than speaking to other humans. The thing that humans like the most is to be heard, we don’t like to hear other people. So if we’re going to have human-like companionship that just listens to us, this could be addictive and have negative implications.”

Better off with boundaries?

So, perhaps the answer is that I don’t want what I seek — that friendship with a bot can only mean a lazy and self-indulgent servant-master relationship. Of course, there’s also the concept that developers could duplicate true human intelligence, thus allowing for more independently-minded AIs — but considering the inscrutability of our minds, that may never happen, or at least not in my lifetime.

This, however, doesn’t necessarily make them less intelligent, just differently-abled. To be fair, I wouldn’t be able store and quickly access half the data bots do in many seemingly simply transactions.

I can’t help but think Poncho sums it up best. The cat was good at talking about what it was programmed to know — the weather — “other stuff, not so good.”