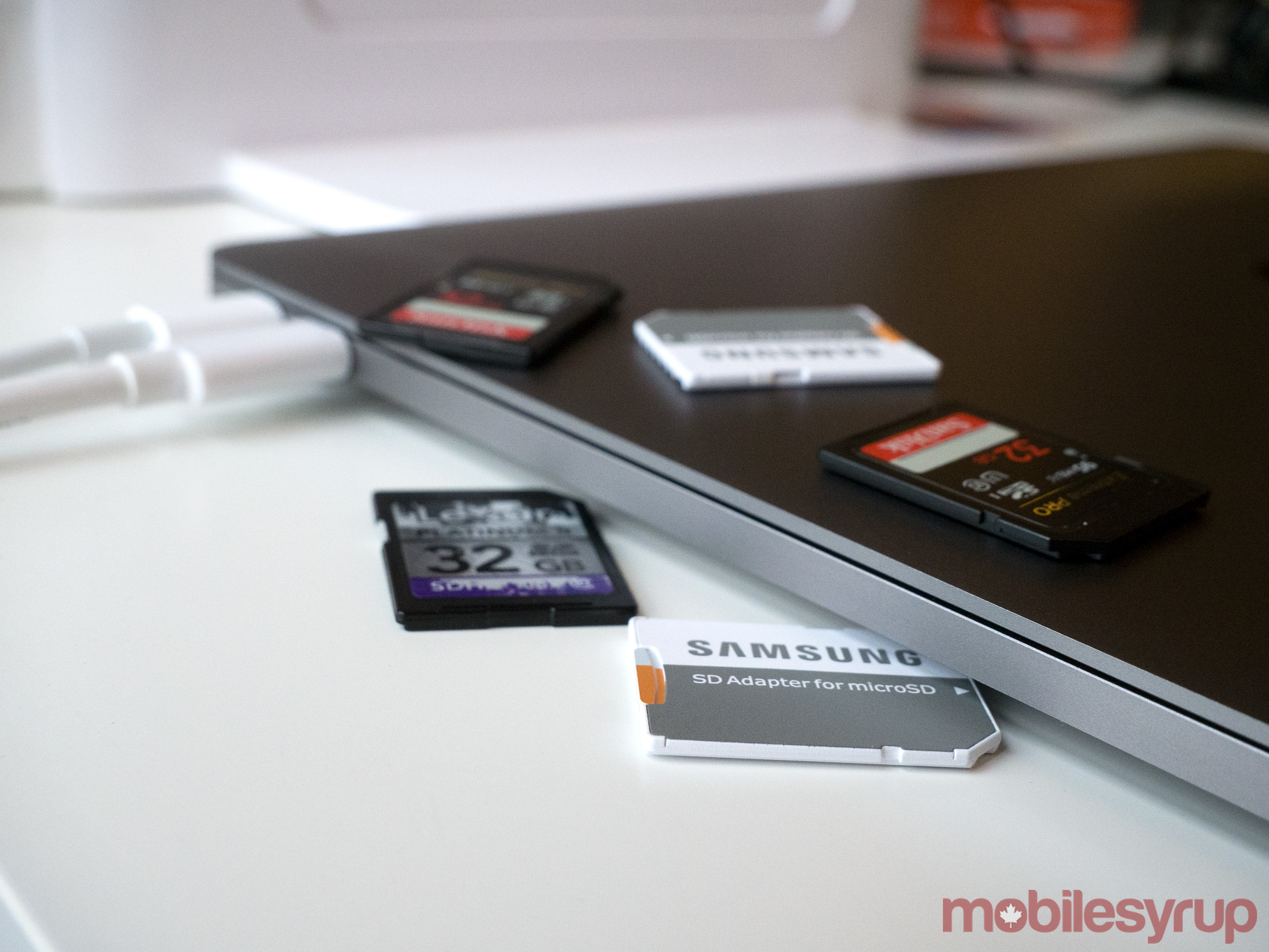 Rather than feature the plethora of ports found in the 2012 MacBook Pro, Apple has nixed USB 3.0, MagSafe and the SD card slot in favour of USB-C, with its new devices. While USB-C is the future of connectivity, that future isn’t quite here yet, forcing those opting to purchase Apple’s new MacBook to adopt the #donglelife.

While the switch to USB-C makes sense and can be defended to some extent, dropping the standard SD card slow is nearly impossible to justify. In an interview with The Independent, Apple executive Phil Schiller said that Apple removed the SD card slot because it felt the port was “cumbersome” and that wireless transfer technology for DSLRs and other cameras is “proving very useful” as an alternative.

Anyone who has attempted to transfer photos to their laptop, whether your camera of choice is a Nikon, Canon, or a mirrorless shooter from Panasonic or Sony, know that this is not true. In order to send photos to your laptop, you first need to navigate to a specific menu in the camera and in most cases, connect to a Wi-Fi signal emitted from the camera, and, in some cases, even install software on your laptop to complete the transfer. This is far more difficult than simply popping a card out of the DSLR and sliding it into your computer, especially for someone like myself who often covers live events in a fast-paced environment.

Find the full statement from Schiller’s interview with The Independent below:

“Because of a couple of things. One, it’s a bit of a cumbersome slot. You’ve got this thing sticking halfway out. Then there are very fine and fast USB card readers, and then you can use CompactFlash as well as SD. So we could never really resolve this — we picked SD because more consumer cameras have SD but you can only pick one. So, that was a bit of a trade-off. And then more and more cameras are starting to build wireless transfer into the camera. That’s proving very useful. So we think there’s a path forward where you can use a physical adapter if you want, or do wireless transfer.”

Schiller also claims that Apple plans to “help people through these changes,” though doesn’t specify if the company has any specific plans to help users deal with the growing pains of adopting USB type-C. Schiller also recently stated in an interview that the new MacBook Pro only features 16GB of RAM in order to save battery life.