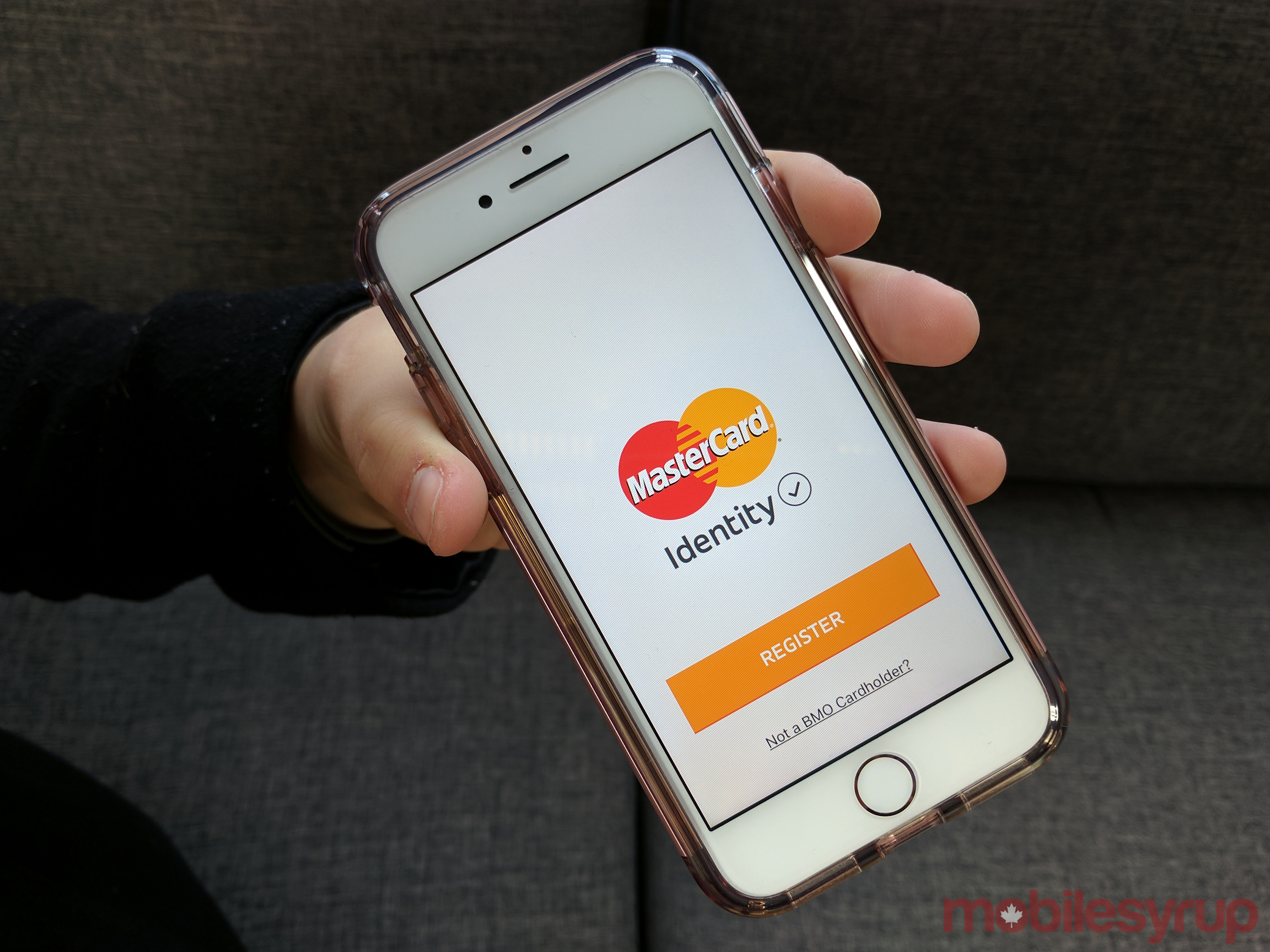 Mastercard and BMO Financial have finally deployed the fruits of their latest collaboration; selfie pay.

The company’s pilot biometric corporate credit card program debuted back in March with a full rollout expected for Canada this summer, though Mastercard missed that launch date.

Fingerprint and selfie pay will soon be available across North America via a free biometric app, according to a statement sent to MobileSyrup. Mastercard announced today that Identity Check Mobile will premier with BMO Financial in both Canada and the United States starting in the first half of 2017.

“The pilot tested the potential of delivering greater security and convenience using biometric technology. Our goals were to understand the attitudes and perceptions of our participants toward biometrics as an online payment security solution,” said BMO vice president Steve Pedersen.

“After using Identity Check Mobile, our program participants gave strong reviews on biometric security and ease of use, especially as compared with passwords.”

During the demo back in March, it was discovered that 74 percent of users believed biometrics were easier to use than passwords. Furthermore, nine out of 10 believed that biometrics would eventually replace passwords.

MobileSyrup previously reported that the Identity Check Mobile app requires users to register a fingerprint or selfie. Fingerprints are stored on the device itself because the platform piggyback’s off Apple Touch ID as well as various forms of Android fingerprint sensors.

The facial recognition component is stored on Mastercard’s servers, not the banks’. This ensures that only verification, rather than data, are passed between devices.

The rollout of Identity Check Mobile in Canada and the United States follows its deployment in 12 other markets, including Austria, Belgium, Czech Republic, Denmark, Finland, Germany, Hungary, the Netherlands, Norway, Spain, Sweden and the U.K. The technology will continue to be made available worldwide over the course of 2017.

“Making the online payment experience near frictionless and more secure is a priority for Mastercard,” said Ajay Bhalla, president of enterprise risk & security at Mastercard.

“Moving this technology beyond the pilot phase is a significant milestone in the evolution of payments. Online payments are being revolutionized; and now we are making Identity Check Mobile a reality for commercial use in the U.S., Canada, Europe, and soon, the world.”

Related: Face-on with Mastercard’s ‘Selfie Pay,’ now in pilot mode and set to launch this summer