Galaxy Note 7 handsets are banned from all U.S. flights [Update] 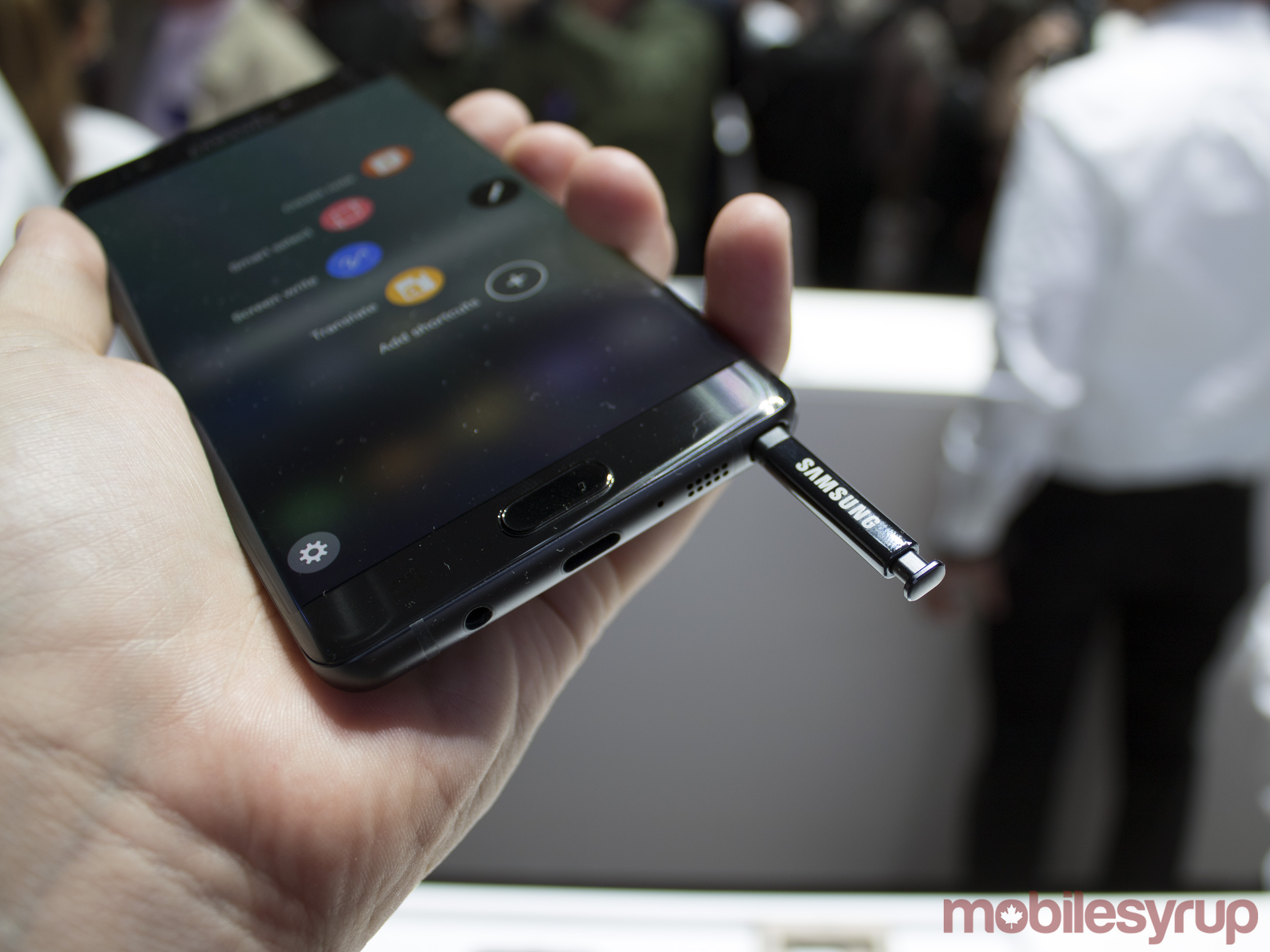 The Galaxy Note 7 will soon join the American no-fly list, according to a report from Bloomberg.

The publication states the Federal Aviation Administration (FAA) will ban the Galaxy Note 7 from all airline flights starting Saturday, citing a person “familiar with the matter.” The source says airlines and an industry trade group were notified of the ban on October 14th.

MobileSyrup has reached out to Canada’s equivalent regulatory body, Transport Canada, to inquire whether similar restrictions will come into effect north of the border. Transport Canada has replied that so far their initial statement remains unchanged, but notes that if there are any developments, they will likely arrive over the weekend.

The Consumer Product Safety Commission stated recently that it received 96 reports of overheating batteries in the U.S., with at least 13 people reporting burns. Health Canada also released a recent statement, saying Samsung had received four reports of phone batteries overheating in Canada, and one report of a minor burn injury.

Update 10/14/2016: The U.S. Department of Transportation has confirmed the ban. The Note 7 is now considered hazardous material.

Update 10/14/2016: According to a statement issued by Samsung to The Verge, Samsung will send a text message to U.S. Note 7 devices, informing their owners that the device is banned from U.S. flights.