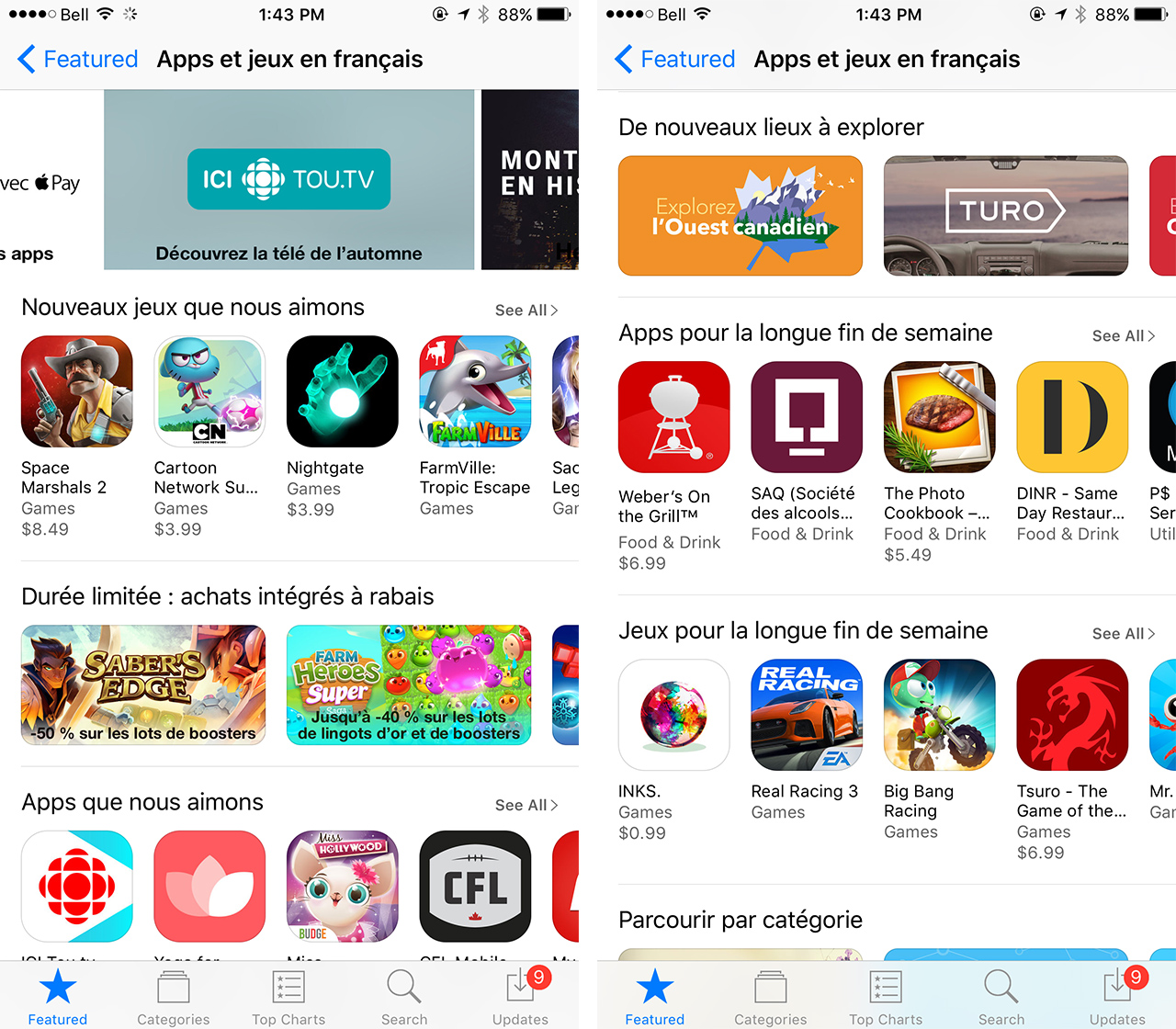 French Canadian culture has always been a an integral part of Canada’s identity.

Last week, Apple launched a feature on the Canadian App Store that will likely pique the interest of French Canadians. Since August 26th, the Canadian app store has had a designated section for “Apps et jeux en francais” (apps and games in French).

Some of the categories of this section will include; apps made in Quebec, Get Ready for School, Go Somewhere New, Apps and Games for the Long Weekend, and Games Created in Montreal.

At first glance, the App Store’s latest addition contains a mix of local and widely known games. The globally played Pokemon GO sit side by side with the Square Enix Montreal-developed Deus Ex Go. Categories are available for apps created in Quebec, and for those who want to narrow their search even more, just Montreal.

Furthermore, the apps featured include the latest software, such as the augmented reality app Montreal en Histoires which allows users to see the secrets of Old Montreal.

Check it out the new section here.