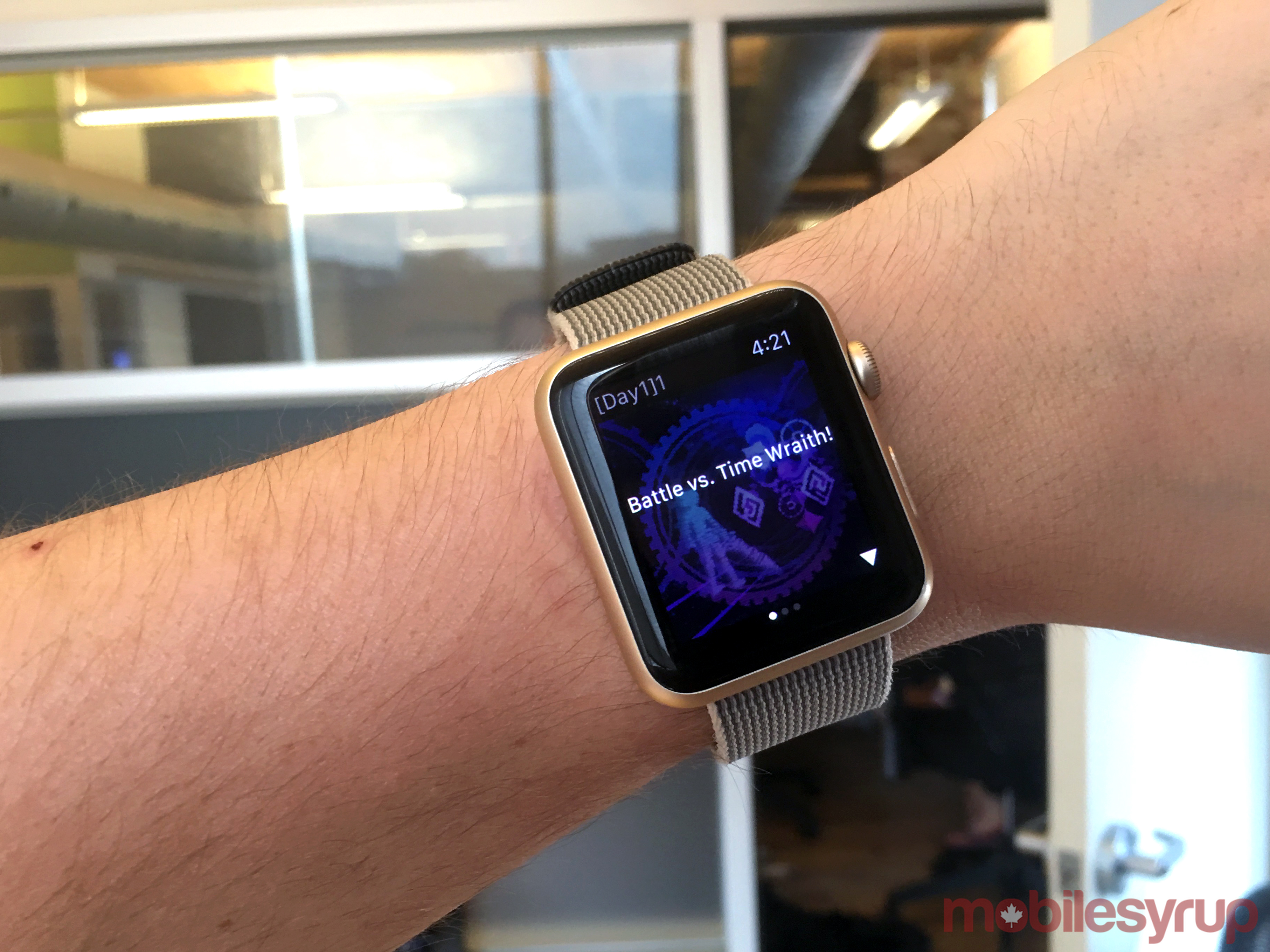 As expected, the game’s story is cheesy and full of the tropes you’d expect from the Final Fantasy series. 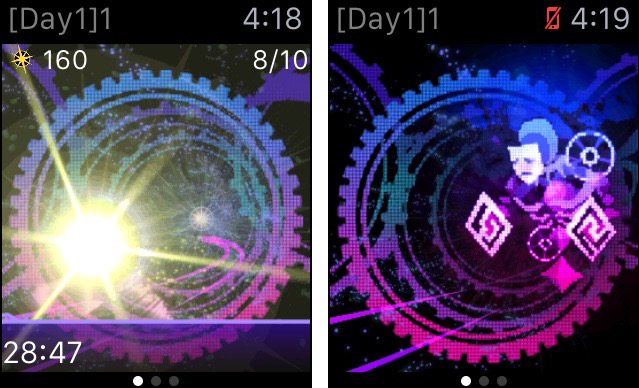 While I’ve only spent a dozen minutes with the game so far, it seems to feature more animation and detailed visuals than other Apple Watch titles I’ve played, and this is with the app running on just watchOS 2. Load times, however, are lengthy, though the same can be said about most Apple Watch apps right now, especially games.

In Cosmos Rings, players move through a Final Fantasy style plot line while engaging in simple turn-based battles. There’s also a simple upgrade system and the ability to select special preset attacks, as well as an iPhone companion app that allows players to view artwork and select attacks.

It’s unclear if Cosmos Rings is worth its hefty price tag, but at least it’s another Apple Watch game, right?

Cosmos Rings is available on the Apple Watch for $8.49.