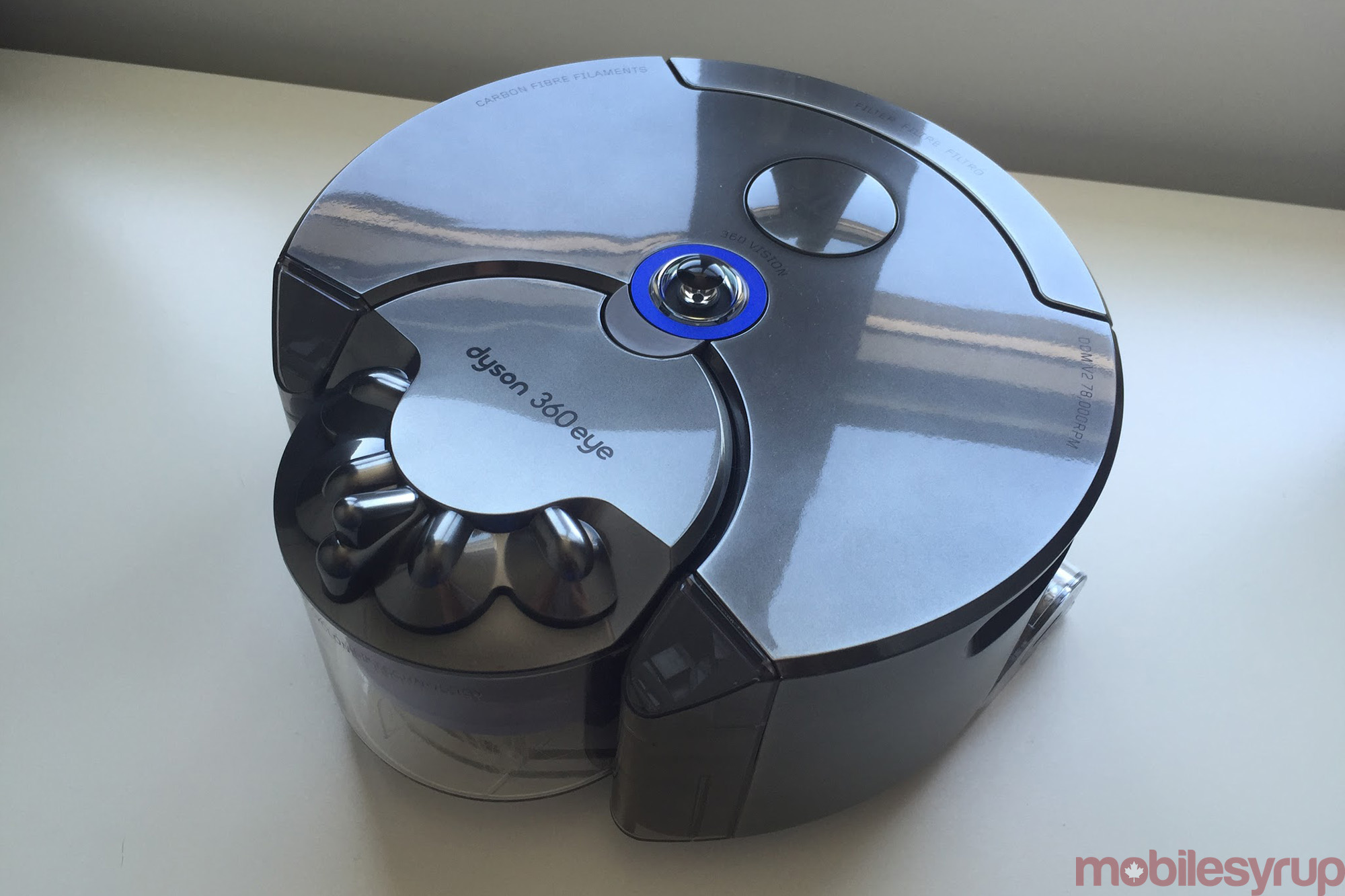 “Robot vacuums are here,” gestured Mike Aldred with his hand at waist height, one of the key engineers behind Dyson’s 360 Eye robot vacuum.”But we want to make them better,” said Aldred, moving his hand level to the height of his head.

Given how impressive iRobot’s connected $1000 Roomba 980 is, this is a tall order to beat, though Aldred feels Dyson has surpassed its competition by a considerable margin with the 360 Eye. 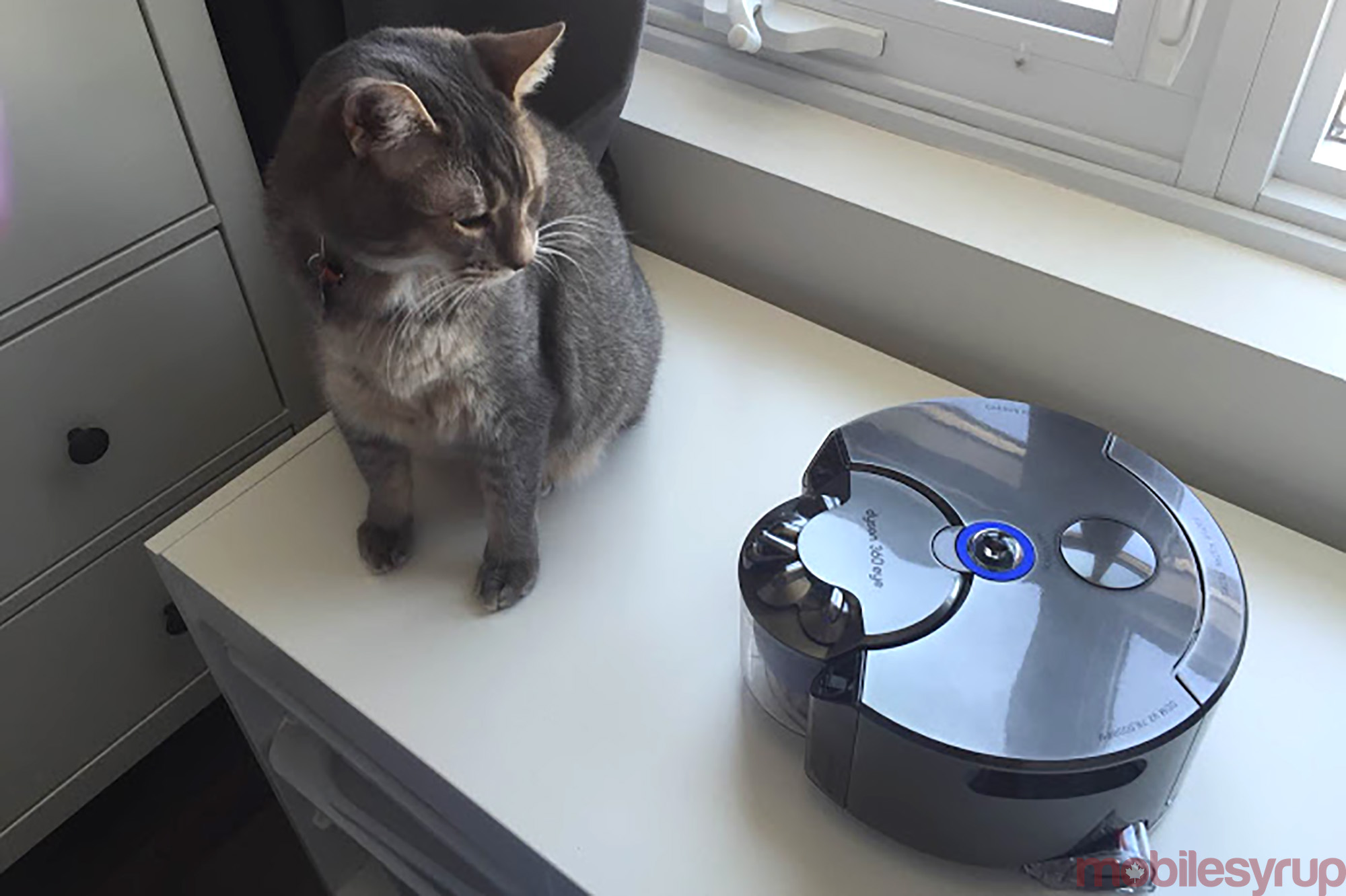 Dyson, the company that disrupted the vacuum, fan and hand dryer industries over the course of the last two decades, plans to take on iRobot’s Roomba, the current king of the robotic vacuum industry that’s experienced a 15 per cent year-over-year market share increase, with the release of its 360 Eye.

The 360 originally soft launched in Japan last year, but is set to be available in Canada starting this Friday via Dyson’s website and through retailers later this fall. 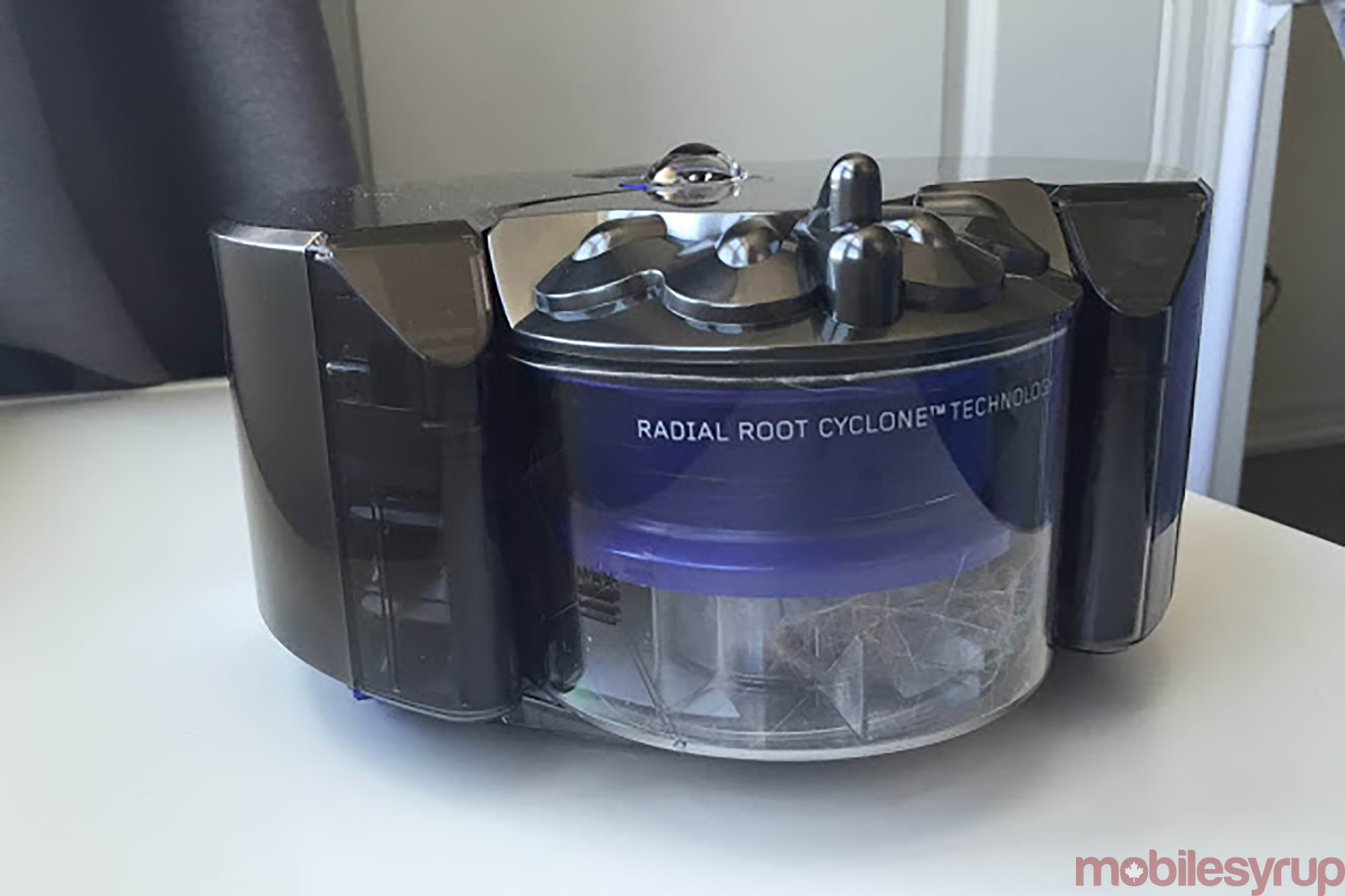 Aldred says that the 360 took 18 years to develop and that his company has produced various operational robot vacuum prototypes over the last two decades, before finally settling on the robot’s current sleek build.

What’s most interesting about how Dyson is positioning the 360 Eye in the smart vacuum market is the fact that the company views the device as a vacuum first and robot second, a fact that Aldred believes differentiates Dyson and its new product from competitors. The company has also made a significant effort to pack all of the technological innovations from the company’s other products into the tiny 360. 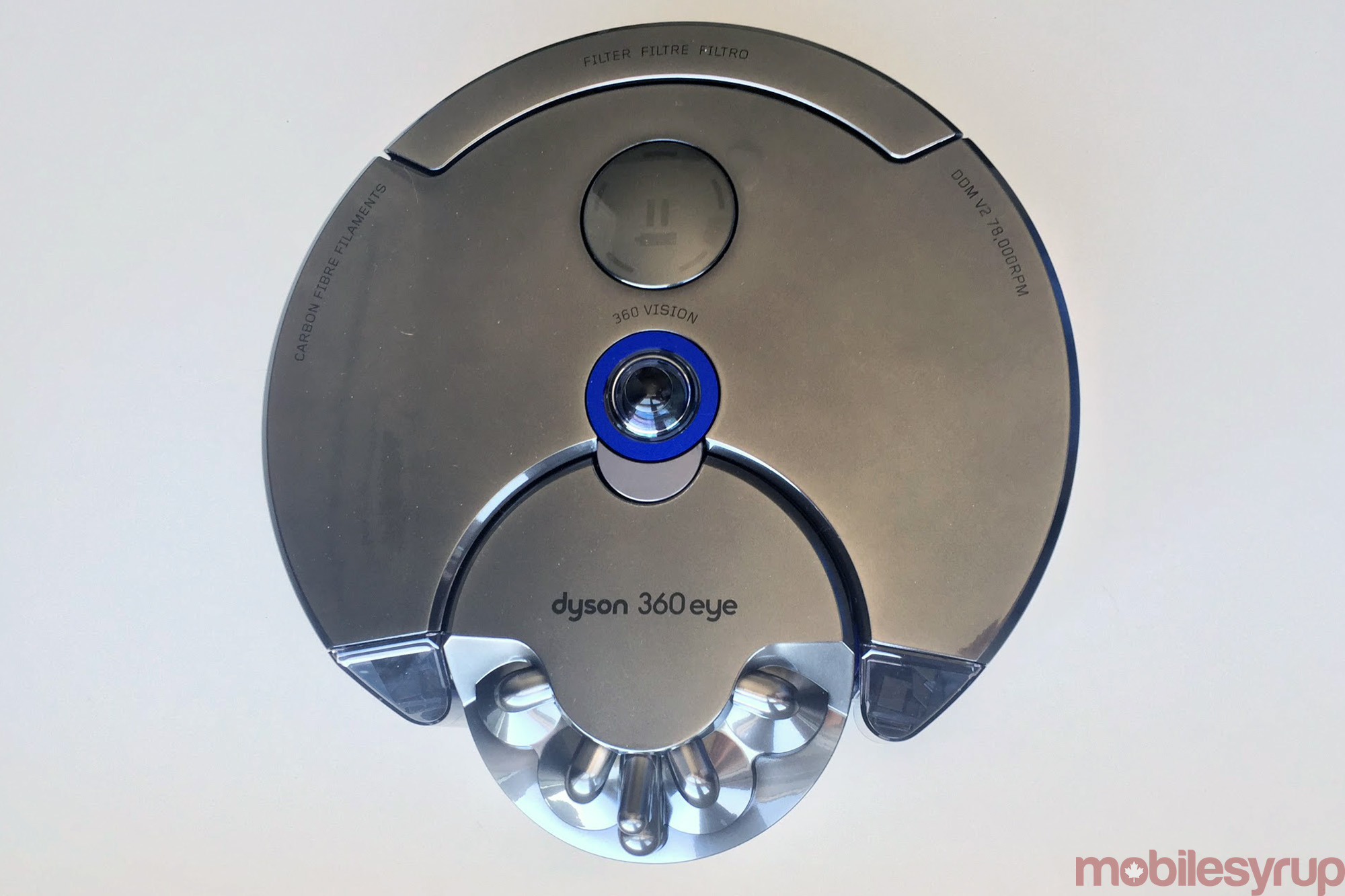 This is one of the main issues with iRobot’s robotic vacuum products — despite how well they navigate a user’s home, even the company’s high-end 980 series doesn’t suck up debris as well as some owners likely expect from a device with such an expensive price tag.

According to Aldred, the cyclone core of Dyson’s vacuums proved to be a significant obstacle with the 360 Eye since there was no clear way, at least initially, to shrink the tech to fit into a device with a smaller build. 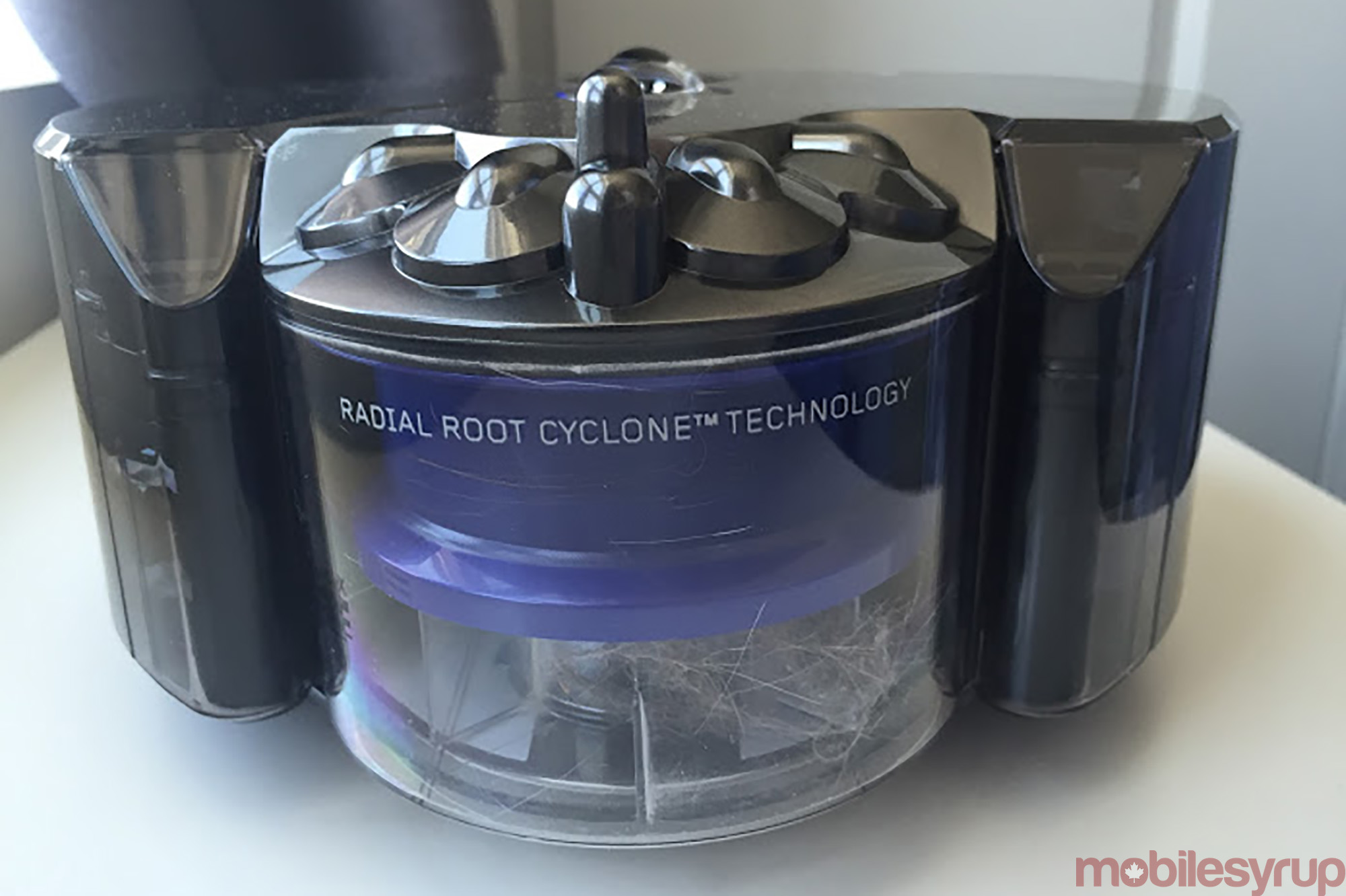 The team eventually opted for a higher profile with the 360 when compared to its competitors, though as a benefit of this decision, Dyson’s robot vacuum is smaller than any of iRobot’s products, allowing it to fit into small spaces easier. The device sucks between seven and eight litres of air per second, a number that is twice as much as iRobot’s highest-end Roomba. In short, this means that, at least in theory, the 360 Eye should actually clean better than any other robotic vacuum on the market.

The vacuums Vision System is also a significant industry innovation, according to Aldred. The panoramic view the camera gives the robotic vacuum allows the device to know where it is at all times and also prevents it from driving into objects. It’s worth noting, however, that the 360 Eye’s camera apparently does not operate well in low light conditions. 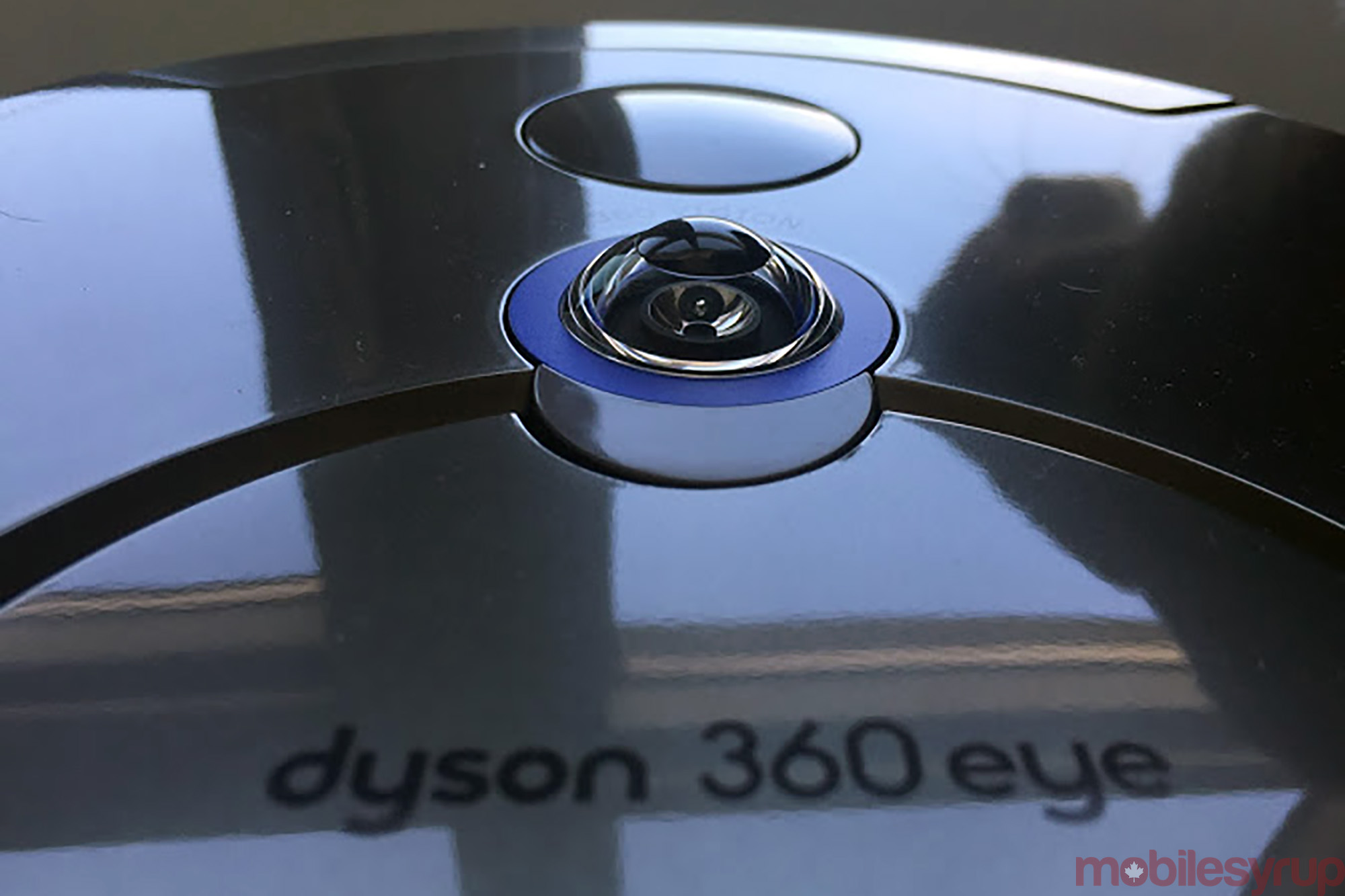 The 360 Eye, unlike other robot vacuums, moves around in five-metre squares, only crossing each part of the floor once, rather than multiple times, though, unlike the Roomba, it doesn’t memorize the home’s layout to create more efficient routes. Every time the 360 Eye cleans your home is like the first time for the device, which is a benefit for those that move their furniture around, but also means cleaning sessions can take longer.

While it’s unclear if Dyson’s Eye 360 is worth its expensive $1,299 Canadian price tag, on paper, the vacuuming giant’s 18-year, $56 million project, certainly sounds impressive and a significant step above even iRobot’s impressive Roomba 980.

We’ll have more Dyson 360 Eye related content on MobileSyrup in the coming days.