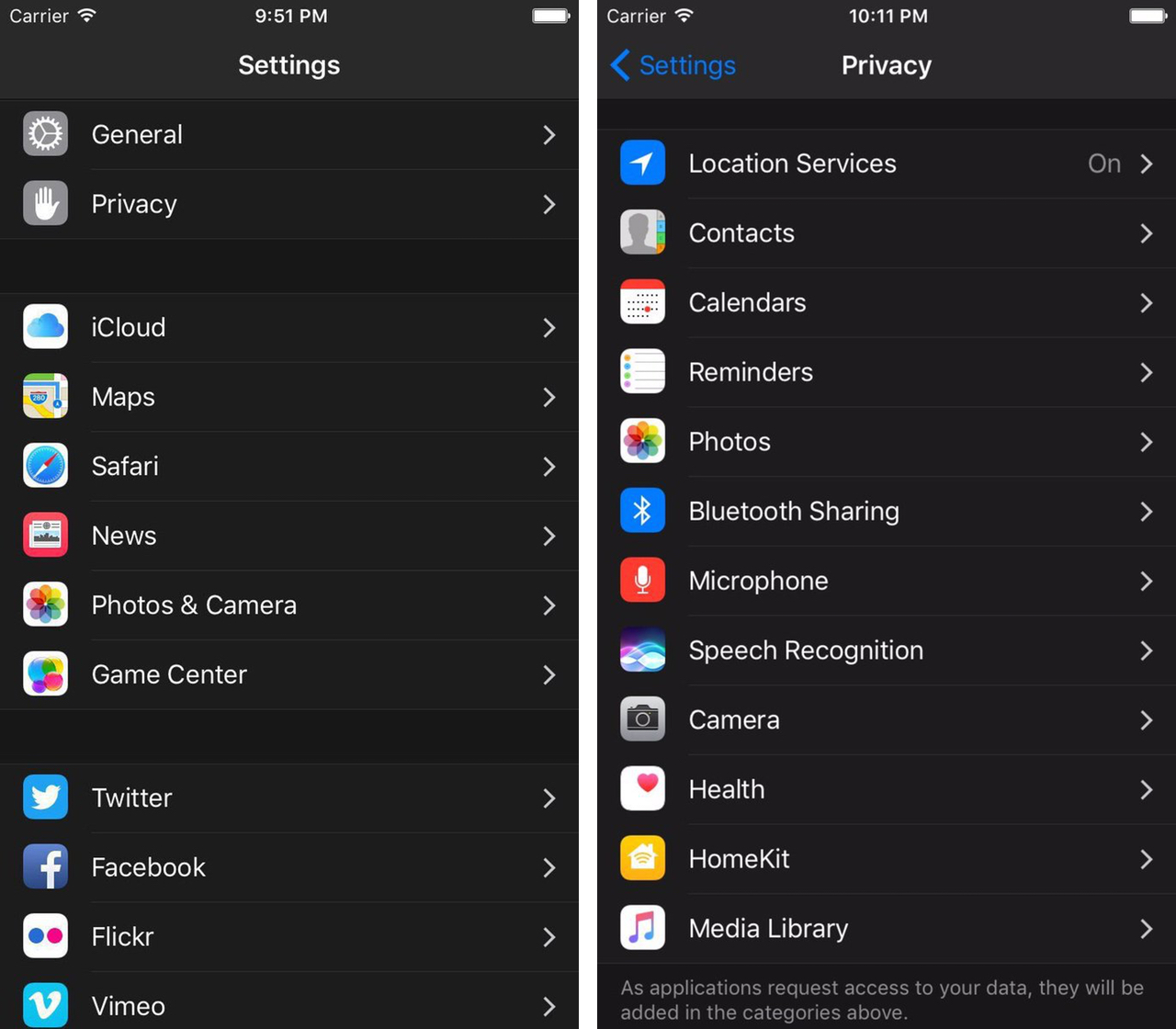 Using iOS 10 simulator and the code he found, Wiik was able to change the look of iOS 10’s setting menu.

Wiik is the same developer who found references to a dark mode theme in the company’s Messages app. Together, the two discoveries suggest Apple will eventually allow users to take advantage of an operating system-wide dark mode theme.

As 9to5Mac points out, not only is dark mode a feature iOS users have have requested for a number of years now, the alternate theme works well with OLED screens; when displaying dark pixels, an OLED panel uses significantly less power than a LCD panel, making it extremely beneficial to include a dark mode theme.

Indeed, building a new iPhone that takes advantage of OLED technology appears to a definite part of the company’s smartphone road map. Not only is Apple expected to add an OLED screen to the 2017 iPhone, at the end of last year, the company opened a secretive lab in Taiwan focused on developing new displays for use in its products. According to Bloomberg, the lab is definitely looking into OLED panels.