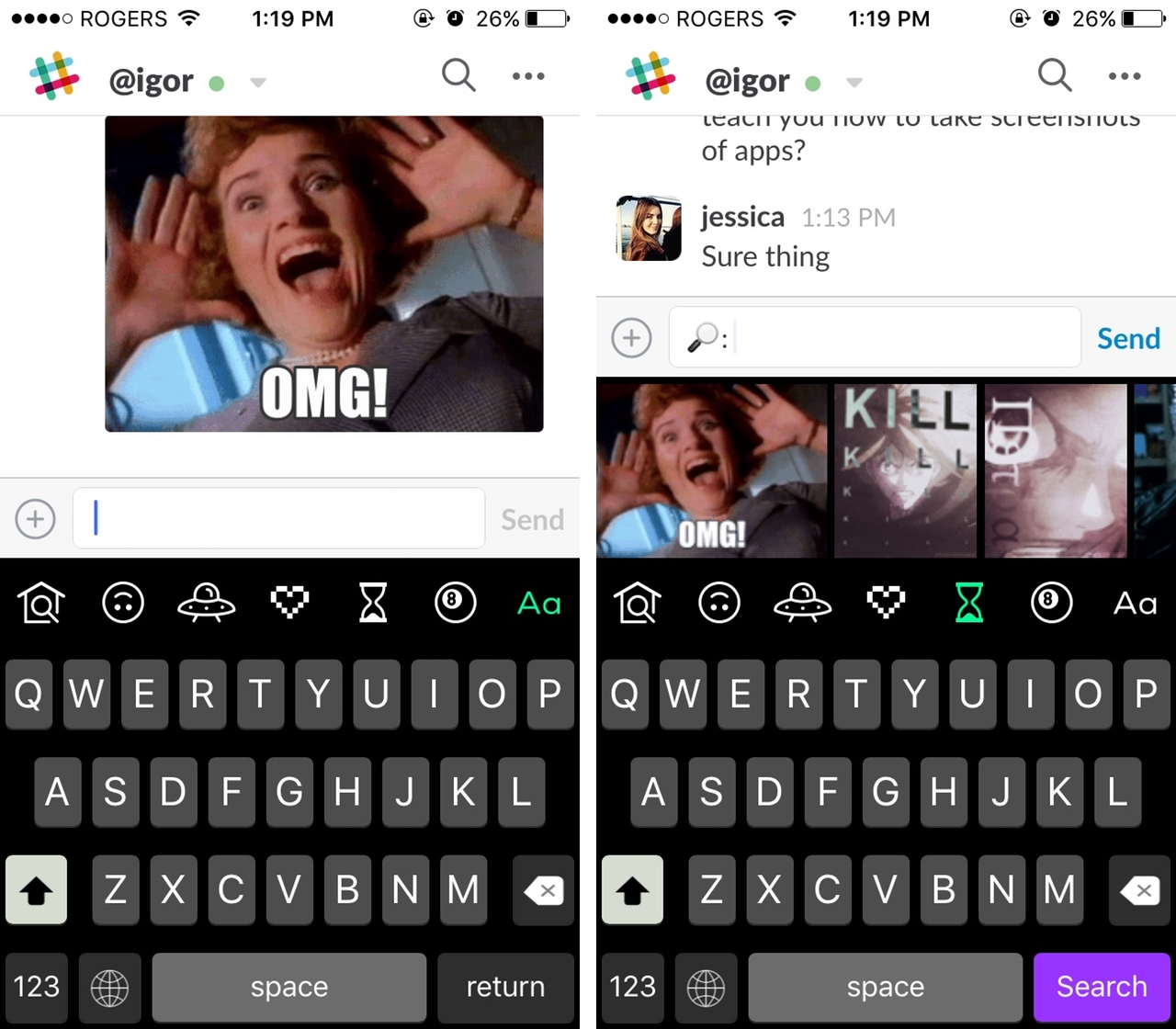 With the advent of GIFs in the late 1980s, the format has become the de facto way for people to communicate across multiple social platforms.

Since Apple allowed third-parties to create keyboards for iOS in 2014, the popular GIF sharing website Giphy has capitalized on the opportunity.

Giphy has officially released a keyboard app for iOS called Giphy Keys. After installing the app, users will not only be able to send GIFs, but they’re also able to edit certain features of the images they send.

In addition to GIFS, Giphy Keys comes with an 8 Ball button, which allows users to create animations using text, blend images with weather information or play Q&A with an 8 ball that answers questions.

Furthermore, the app comes with a built in text keyboard. Unlike most emoji or GIF keyboards which require iOS users to switch back and forth during conversations, Giphy Keys allows users to send text and images all through one app.

It’s important to note however that Giphy Keys doesn’t include an autocorrect feature, which may prompt users to question how much they truly relied on it in the first place.

In a blog post on Giphy’s website, the company states that their “infinite GIF catalogue of pop culture” is with its users everywhere they go, which is why the company is so excited to have collaborated with yet another tech company to bring GIFs to as many people as possible.

The company’s Director of Mobile Product, Jillian Fisher, commented on the release of “Keys” in the post, saying that in order for the launch to be successful, the design needed to be seamless.

“All the GIFs and all the keys are always there whenever you want them,” notes Fisher. She goes on to say that the end goal is for users to integrate Giphy Keys into their everyday lives.

“We all have those moments,” says Team Giphy. “When you know what you want to say, but Kristen Wiig says it better. When a Tweet needs a touch of spice and a touch fewer characters. When you both swiped right, and it’s time to break the ice. That’s what Giphy does best.”