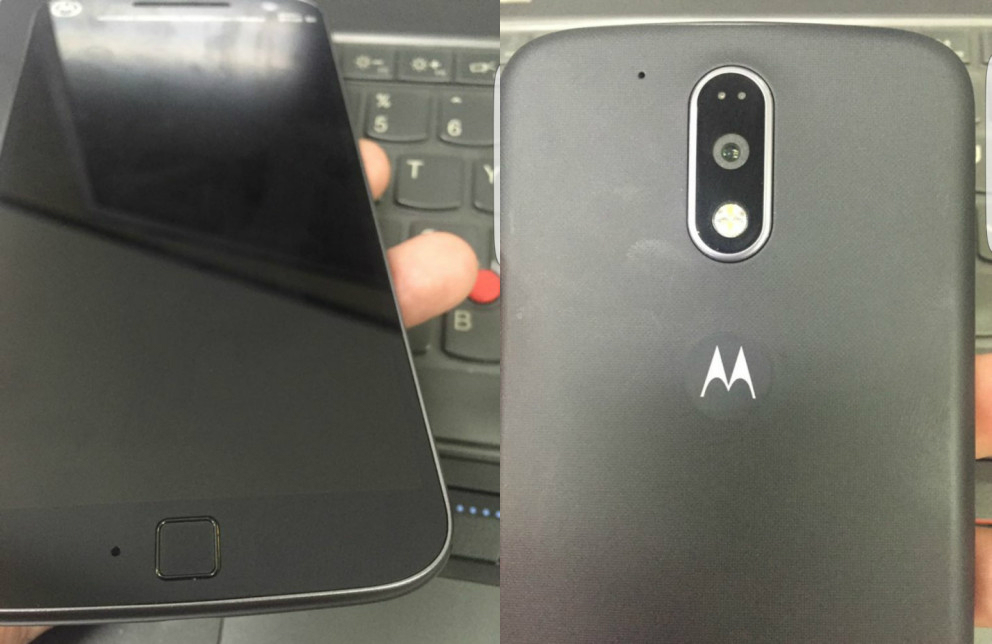 New photos of the Moto G4 Plus discovered by NWE have confirmed the square fingerprint reader in Evan Blass’s recent leaked blueprint image. The pictures, which were found circulating on Chinese social networks, also show the back of the plus-sized device for the first time, revealing its overall design.

The camera is set above an LED flash and below what appears to be a sensor in an oblong oval panel. There is also what seems to be a microphone hole to the left of this camera panel as well as on the front, to the left of the fingerprint sensor. The back is smooth and matte black, a departure from the Moto G3.

One of the most interesting aspects of this leak remains the fact that the new generation of Moto G will likely come in two sizes.

According to The Wall Street Journal, we may see these new devices as early as July this year. In January, WSJ reported that Lenovo CEO Yunaqing Yang promised a new smartphone would be launched in July, though didn’t specify under which line. It was speculated that since the phone would launch in the US, it would likely be under the Moto brand, which Lenovo has owned since 2014.

Update: A new video has surfaced comparing the Moto G4 with the Moto X. Noticeably absent is the fingerprint sensor. This may be because the fingerprint will come on the ‘Plus’ version but not the regular version. There’s also a chance that the company is experimenting with multiple prototypes. Either way, the video gives a great sense of the phone’s size since the regular model G4’s screen is much larger than the X’s 4.7 inch screen.