Sometimes, in the vast sea of overseas manufacturing, international intellectual property law, and handset design, things can get a little bit confusing. Both Apple and Samsung, as well as their major competitors, put a lot of work into designing beautiful mobile devices we covet each year.

However, when that process gets a little too familiar, and the tech press starts to fret that perhaps innovation is dying in the smartphone industry, a company like Meizu can sneak in and move some real product overseas.

The new Meizu Pro 6, which isn’t available in Canada, and which I’ve never held or even seen in person, has a lot of interesting design and hardware features going for it. Unfortunately, while its features are interesting, they aren’t exactly unique.

To put it mildly, the specs for the Pro 6 look like the company made design decisions by cutting and pasting pieces of the recent Galaxy line and iPhone 6 line, choosing whichever fit its whims best.

The Pro 6 has a feature called 3D Press, allowing users to interact with the pressure sensitive screen to control the modified Android version called Flyme. This phone runs a version of Android that appears to be skinned as closely to iOS 9 as possible, and from further than 10 feet away, it would take a trained eye to tell the two devices apart.

Now, given all of that, the hardware in this phone is nevertheless impressive, sporting a 10-core Helio X25 processor from Mediatek and 4 GB of RAM. The phone comes with a 5.2 inch, 1080p display and a 21 MP rear camera with laser focus assist.

The battery on the Pro 6 is also a fairly substantial 2560 mAh, and impressively, it only takes an hour to fully charge, via USB-C. That same USB connector also boasts a 1 GB transfer taking only 10 seconds, and the phone comes equipped with a dual nano-SIM tray. 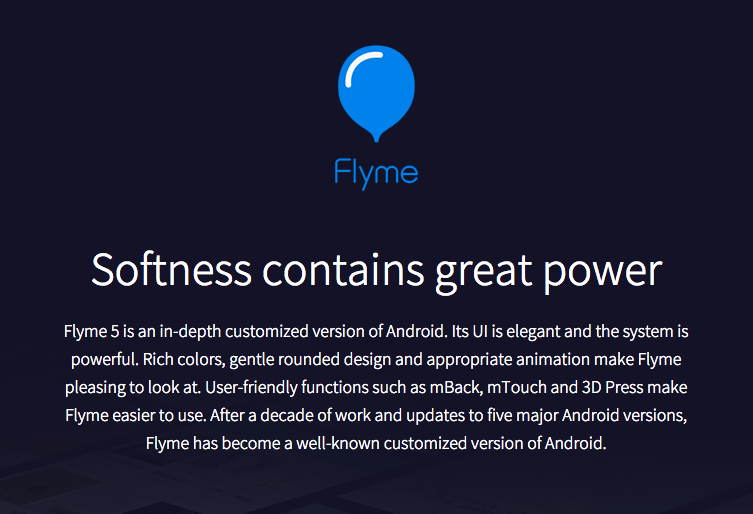 It’s possible that we’ll see a Meizu phone for sale in Canada at some point, but given last generation’s Pro 5 (also a jumble of iPhone and Galaxy designs), and the new Pro 6, it’s very unlikely.