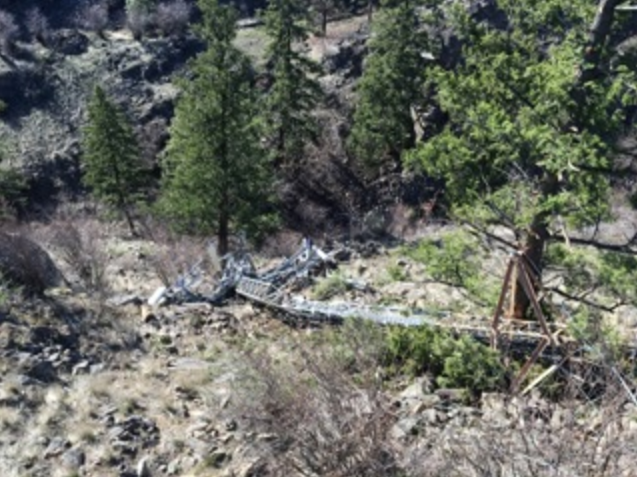 For a group of vandals in Oliver, British Columbia, a 4,000 person town located in the interior of the province near the U.S. border, knocking over a cow was apparently not devious enough.

According to the Osoyoos Times, a local area student-run newspaper, a Telus cell tower above the town has been tipped over and “seriously damaged by vandals.” Since the tower came crashing down, Oliver and the surrounding region have experienced connectivity issues. The RCMP is currently conducting an investigation into the act of vandalism.

Telus is attempting to fix the tower. Unfortunately, it can only be accessed by a helicopter and the damage is reportedly extensive. Liz Sauve, a spokesperson for Telus, said fixing the tower will take some time, as accessing it requires specialized equipment. In the meantime, Sauve says the company is working to provide local area customers with a temporary fix.

“Telus is working around the clock on both efforts in order to restore service as quickly as possible… This is an extremely rare situation and we greatly appreciate our customers’ patience as we work to restore their service,” said Sauve.