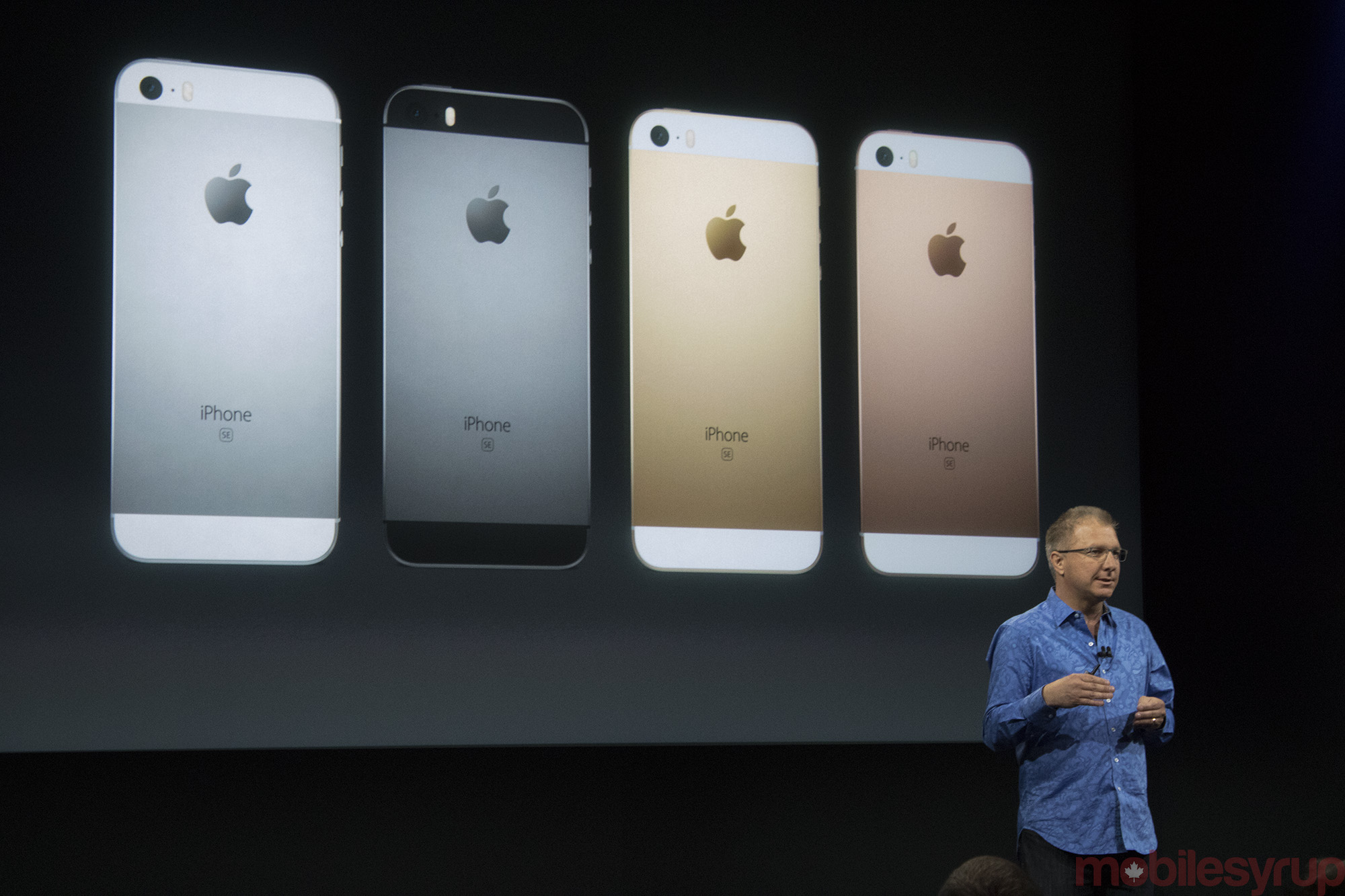 Apple today announced the iPhone SE, its successor to the iPhone 5s and the company’s first new 4-inch smartphone since 2013.

With a design similar to iPhone 5s, the SE features the same combination of chips found in the iPhone 6s; it has the same 64-bit A9 processor and embedded M9 GPU found in Apple’s latest flagship smartphone.

Moreover, included in the phone is a NFC chip, meaning anyone with an iPhone SE and American Express credit card will be able to use their iPhone to complete mobile payments via Apple Pay in Canada. To help facilitate Apple Pay Support, the phone ships with the company’s TouchID tech — a feature that was already included in the iPhone 5s.

One feature that didn’t make the jump from the 6s is 3D Touch. Presumably, Apple either ran out of space in the smaller confines of the iPhone 5s case, or, more likely, it wanted to save at least one feature as an exclusive to its flagship lineup.

All told, the iPhone SE is a better version of the iPhone 5s. According to the company, the new hardware makes the SE twice as fast as the phone it’s replacing when it comes to processor performance, and three times as fast when it comes to GPU performance. Moreover, the company says battery life, despite the new, more powerful hardware, is likewise improved, though it didn’t provide specific numbers.

In Canada, the 16GB iPhone SE will cost $579 unlocked. Upgrading to 64 GB will set one back $709. Apple will begin taking preorders this Thursday, March 24, and the phone will officially ship on March 31. Canada, as well as several other countries like the U.S. and Japan, will get the phone first. The phone will be available in Space Grey, Silver, Space Grey and Rose Gold.