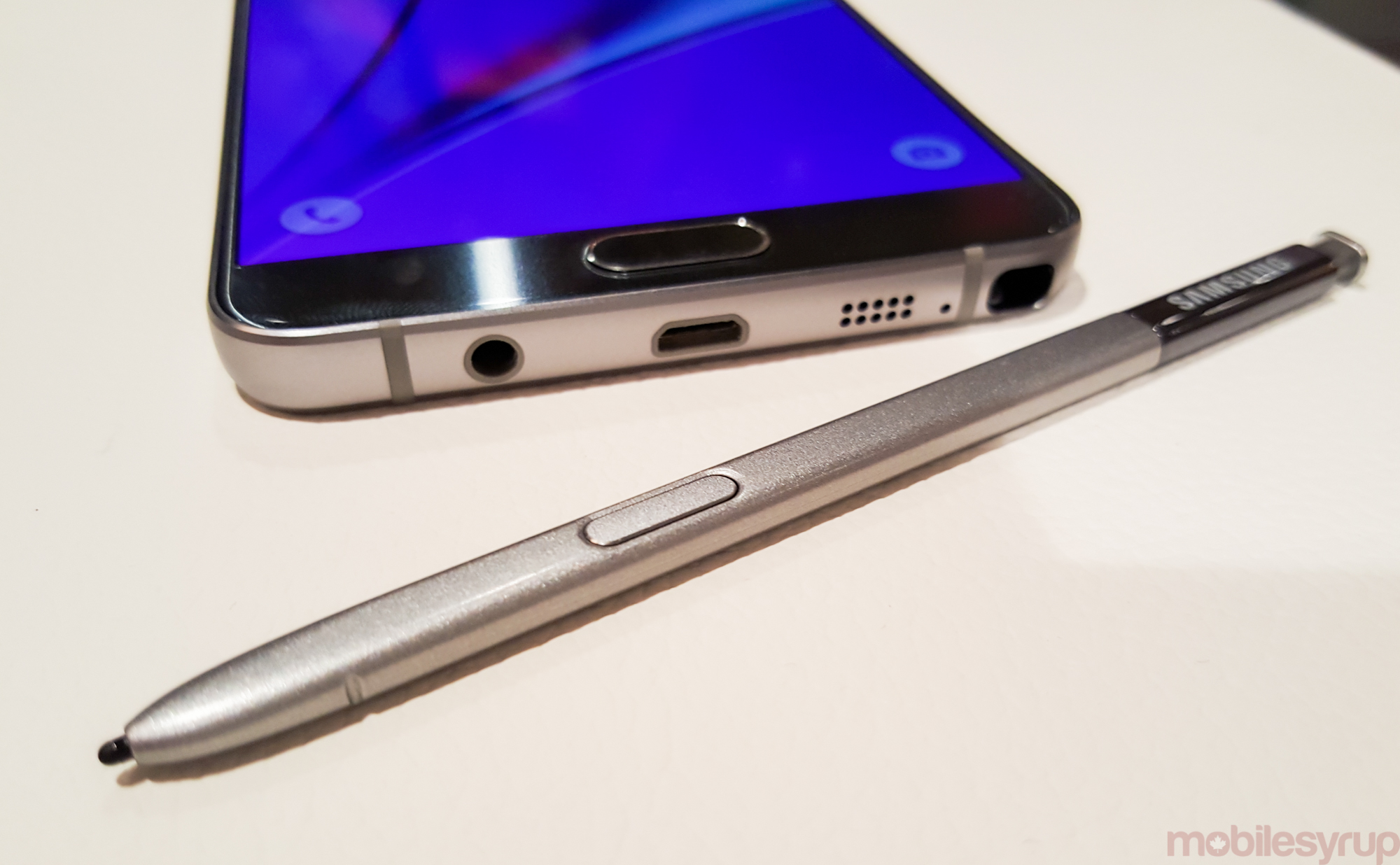 Telus listed in its Android software update schedule that the Samsung Galaxy Note 5 would possibly receive the Marshmallow update on March 13th, which was pushed back from the original March 9th date.

It seems Bell is confirming the update to Android 6.0 this month as well. 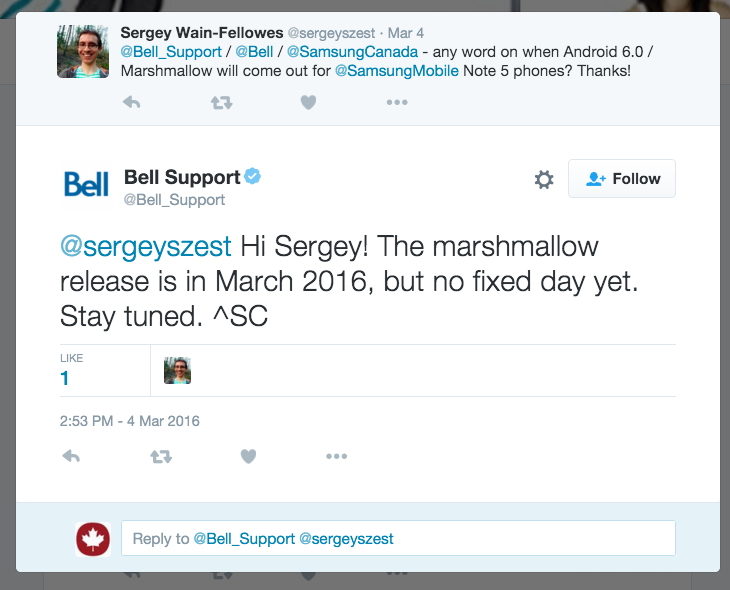 On Twitter, Bell Support noted, “Marshmallow will be released in March 2016” for the Note 5. Unfortunately, there is no specific release date yet for the update, though, probably a good date to tentatively put on your calendar is March 13th.

In addition, for Galaxy S6 owners, Bell has stated it will bring Marshmallow to you sometime this month as well, but like above, there is “no exact day yet.”