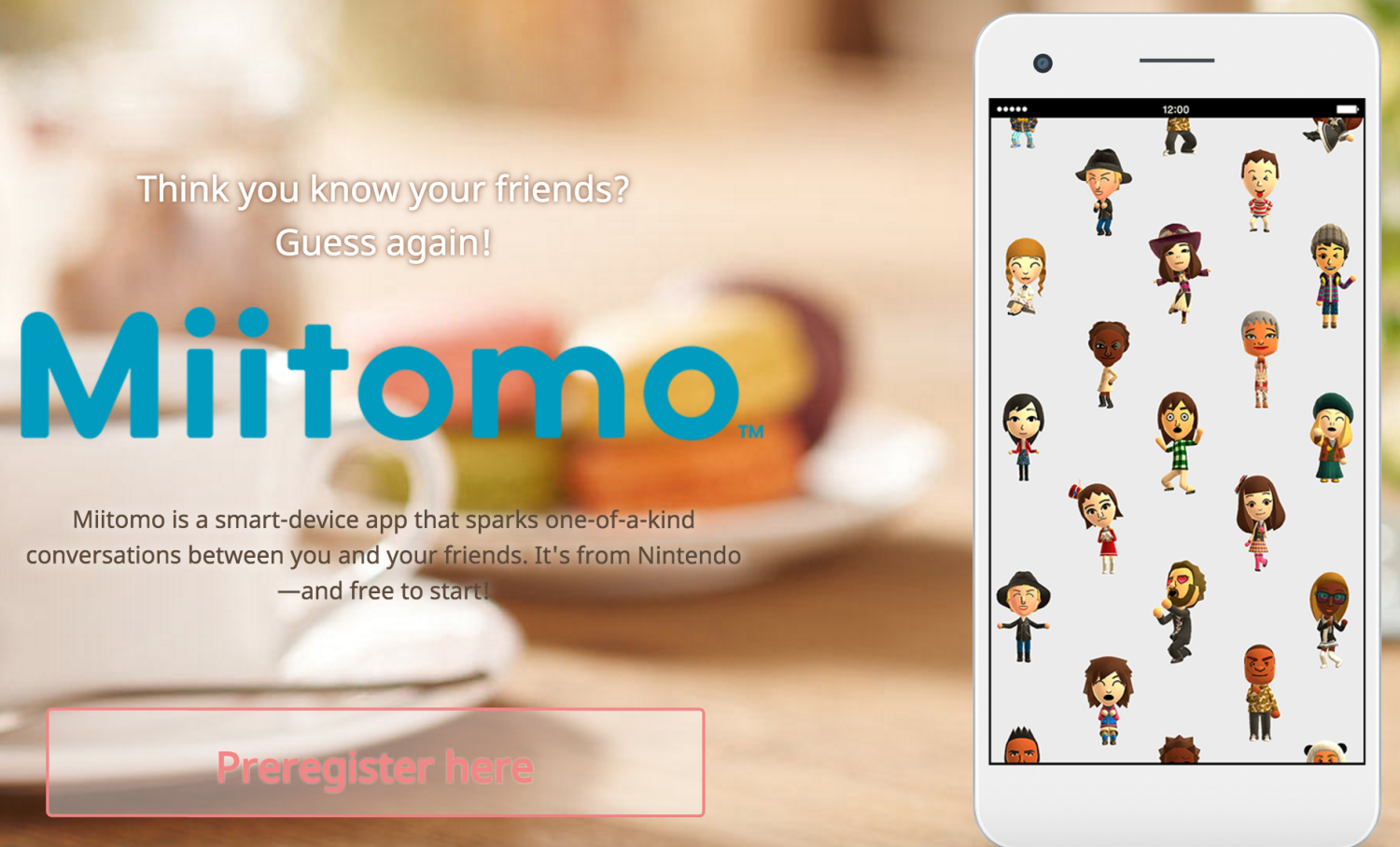 The social app, which allows users to create a Mii character, the same avatar utilized as a user ID with the company’s Wii, Wii U and 3DS console, is set to arrive in March. While Nintendo and DeNA, the company helping Nintendo with its mobile initiatives, have not set a definitive launch date for the application, though pre-registration gives users instant access to the chat app when it finally drops next month.

Register before the launch of Miitomo in March to receive bonus Platinum Points for the new My Nintendo rewards program.

What the app is set to actually do is also now significantly more clear. While we’ve known for some time that Miitomo is a chat platform, the application’s full feature set has been unknown until now.

Users are able to transfer their own face to Mii form with the help of a smartphone camera, or import a pre-existing Mii from the Wii U or 3DS. The Mii’s appearance can then be customized and sent off to chat with friends inside Miitomo. Miis will talk amongst themselves and ask a variety of questions designed to spark conversations. Friends are able to respond with Periscope-like hearts, or with follow-up comments and pictures.

Nintendo also says Mii’s will be able to speak, though it’s unclear if the company means the online avatars will communicate with actual words, or in gibberish like Tomodachi Life.

Those who have been concerned about the free-to-play focus of Nintendo and DeNA’s upcoming titles will also be please to know Miitomo is free when it comes to basic chat and Mii dress-up options, although Nintendo mentions more attractive clothing will cost coins. Coins are earned by completing in-game actions or through microtransactions purchased on the Google Play or iOS App Store.

Whether or not Miitomo is a success for Nintendo remains to be seen, but the app is poised to be a central communication hub for the company’s upcoming console/handheld hybrid NX console, as well as one of the few examples of the Japanese gaming giant taking online communication seriously.