Facebook opening up Instant Articles to all publishers April 12 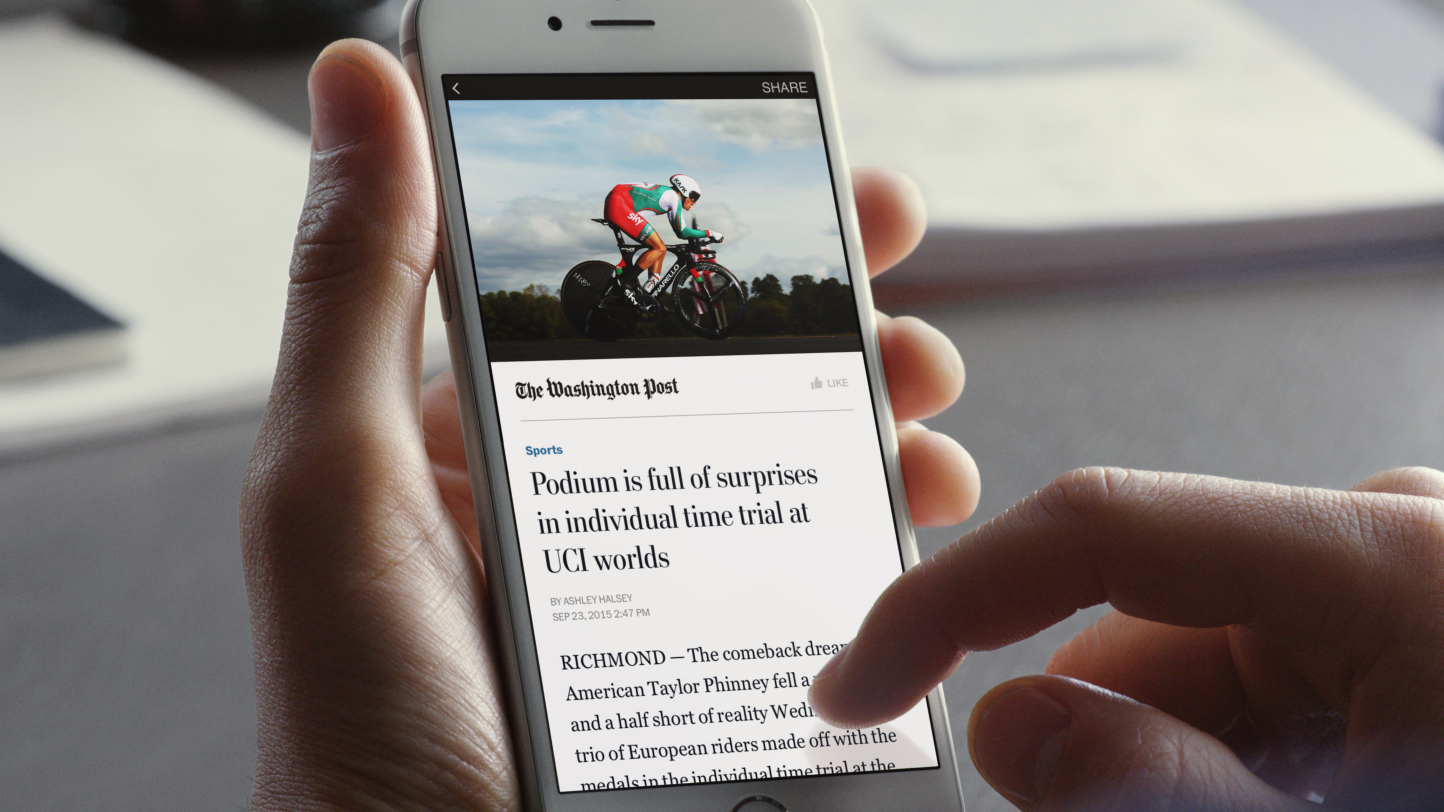 Facebook’s Instant Articles platform, which speeds up the loading of news articles by hosting them on Facebook’s servers, has been widely available to users of the company’s iOS and Android app since May.

Today, Facebook announced that Instant Articles will be open to all publishers anywhere in the world, regardless of size, effective April 12th.

In a blog post Facebook says its “goal is to connect people to the stories, posts, videos or photos that matter most to them. Opening up Instant Articles will allow any publisher to tell great stories, that load quickly, to people all over the world. With Instant Articles, they can do this while retaining control over the experience, their ads and their data.”

The number of publications currently on the platform is over 350, eight of which are Canadian. Publications utilizing Facebook’s Instant Articles platform include: Chatelaine, Diply, The Huffington Post Canada, Journal de Montreal, Maclean’s, Sportsnet, The Canadian Press and TVA Nouvelles.

It’s widely believed that Facebook will eventually take a revenue cut of all revenue generated through Instant Articles, similar to how Apple monetizes its Apple News platform.