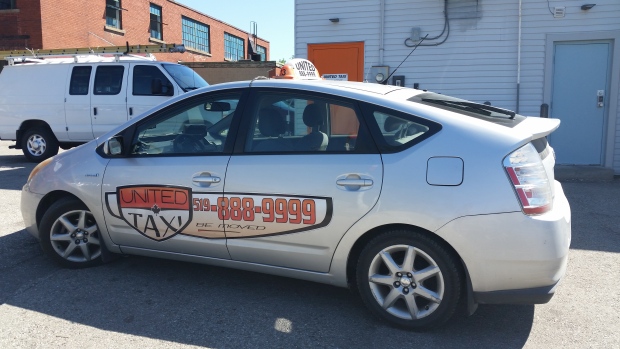 Taxis have been facing increased pressure from ride-hailing services like Uber over the last few years.

As that competition stiffens, both sides are doing what they can to improve their services, or offer new options to customers. Last year, Vancouver’s Yellow Cab, offered WiFi connectivity to customers in its taxis, the first company in Canada to do so.

This week, Kitchener’s United Taxi has joined that group, becoming the first company in Ontario to offer WiFi in a taxi. The company is used by riders taking long trips to Toronto’s airport, and is often used by businesspeople who need to stay connected. Ajmer Mandur, United Taxi spokesman, estimates the average cab ride in Waterloo is only 10 to 15 minutes, but that free WiFi is still appealing on those shorter trips.

United Taxi spent about $350,000 on brand new dispatch, payment, and WiFi systems for its whole fleet in an attempt to compete with Uber, which launched in the region in July of last year.

Last summer, the Region of Waterloo made headlines when it said it would try to be the first municipality in Canada to attempt to regulate ride-sharing services. This decision was later retracted, as the area opted to wait and let other regions give it a try first.