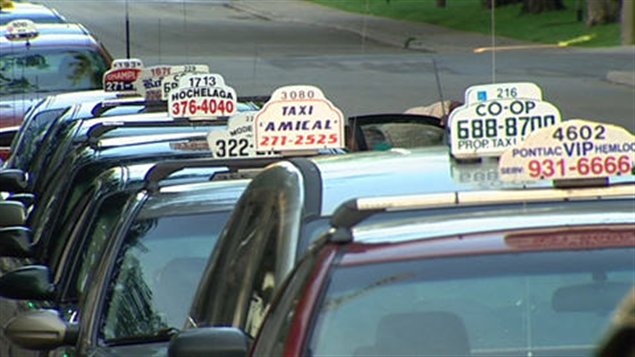 Toronto isn’t the only Canadian city beset with taxi protests this week.

Members of Quebec’s United Steelworkers union, many of whose members drive cabs in Montreal, have set up lines at Pierre Elliott Trudeau airport today, protesting what it considers unfair preference for Uber, which is not yet legal in the city.

According to a spokesperson for the union, Uber cabs shouldn’t be allowed to operate in the airport given a $2.5 million contract the taxi companies signed with the airport.

As in Toronto and other cities where Uber operates without legislative surety, Montreal-based taxi drivers accuse the municipality of looking past severe regulatory transgressions on the part of the ride-sharing company.

More protests have been scheduled for later today, though it’s unclear how many taxis in total will take part.