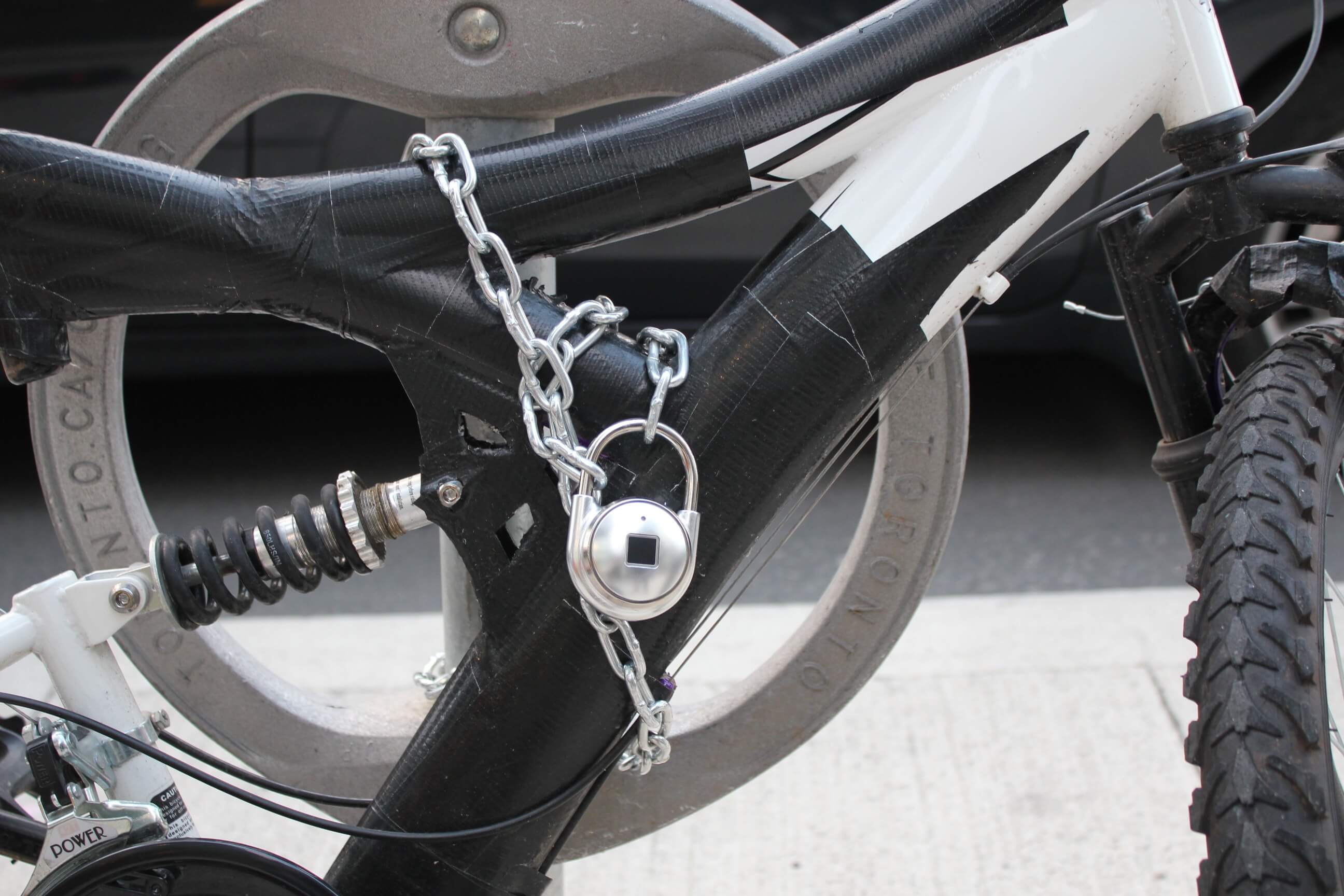 The Internet of Things is all about connecting devices to the internet as well as to one another.

As components like batteries, Bluetooth chips and integrated circuits become increasingly small and affordable, various new products that incorporate these electronics can be created. Outside of resource-rich large companies, one of the easiest ways to fund experimental concepts is via crowdfunding sites like KickStarter and Indiegogo.

This week, a new product called the Tapp Smart Padlock launched on  Indiegogo, developed by David Tao out of Toronto. TappLock features an integrated fingerprint sensor capable of storing up to 100 different prints, and can also be unlocked via mobile app over a Bluetooth connection. Access rights for individual fingerprints are controlled by the app as well, so users always know exactly who has permission to open the lock at any given time.

Interestingly, the lock features a rechargeable battery that reportedly lasts up to three years, yet the lock weighs no more than a standard combination padlock. Tapp Smart Padlock’s battery can also be used as a backup battery in an emergency, charging a typical smartphone up to 70 percent of its standard capacity. The lock also purports to be the fastest opening padlock in the world, requiring just 0.8 seconds to unlock via fingerprint authentication.

Tapp Smart Padlock’s Indiegogo campaign launched earlier this week. The company aims to ship the final product by November 2016. The company’s original goal was to raise $40,000 via its Kickstarter campaign, but Tapp has already surpassed this milestone in just three days.