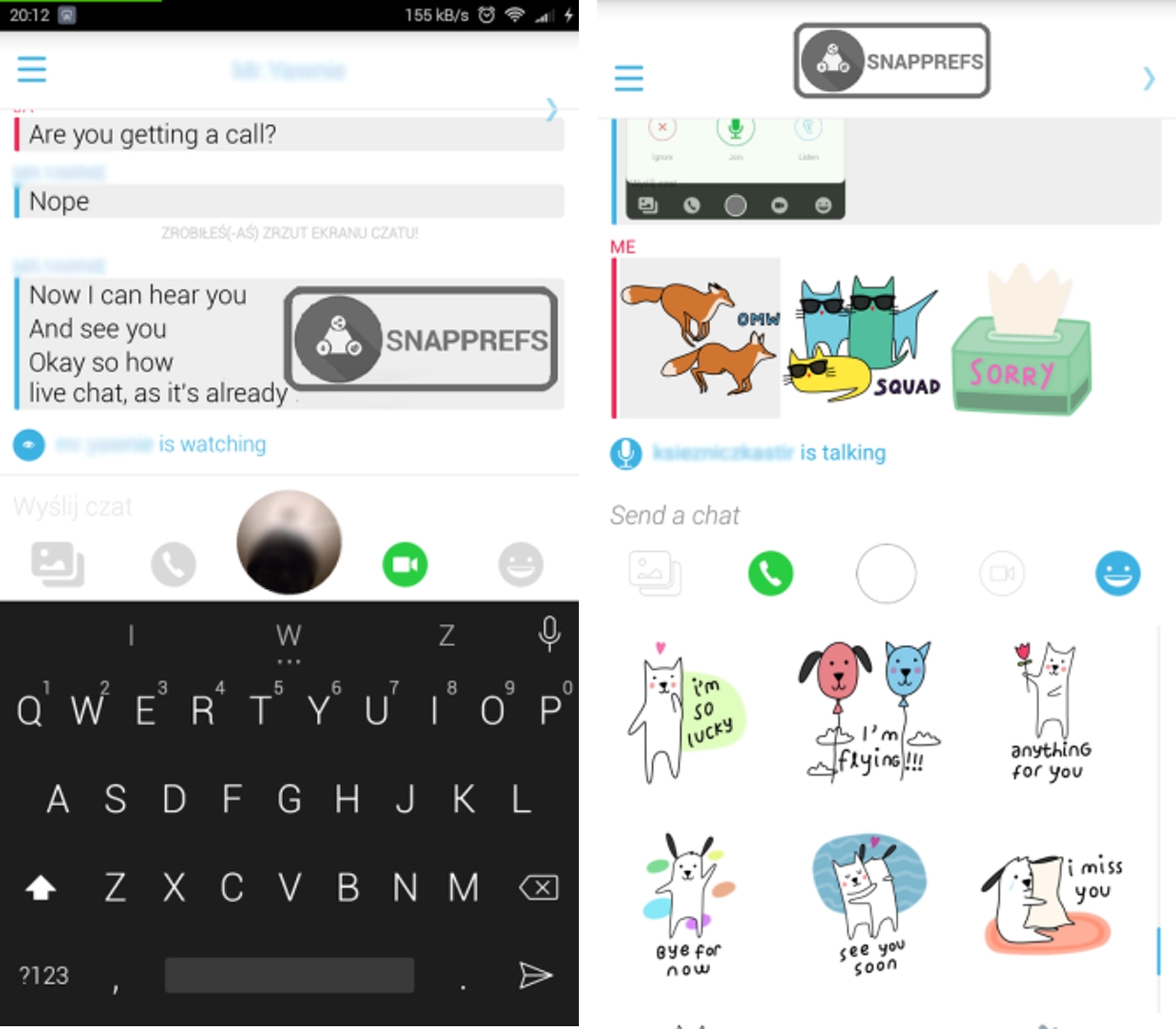 Snapchat is testing a major redesign of its app, according leaked images of the new interface.

The still-in-development interface was uncovered by the creators of Snapprefs, a module that allows users who have root access to their smartphone to add additional features to Snapchat.

Referred to as ChatV2 within the app, the redesign sees Snapchat preparing to make its chat offering more like main competitor Facebook Messenger. The influence of Facebook’s chat app is most apparent in the redesigned interface for sending messages. Like Messenger, a row of inline icons along the bottom of the chat panel, allowing the user to send snaps, use emojis and start a video call.

As other publications have pointed out, while video calling has been available in Snapchat for a number of years, the app’s current interface doesn’t do a great job of advertising the feature to users. In a bid to make its app the one stop for all of its users messaging needs, it’s likely the company decided it needed to better highlight Snapchat video chat capabilities.

The leaked screenshots also suggest Snapchat is preparing to add sticker functionality to its app. With stickers already hugely popular on a number of other messaging services, it’s unusual to see them take this long to make their way to Snapchat.

Given how polished these features look in the new redesign, it’s likely we’ll see this new interface make its way to Snapchat proper sooner rather than later.

Snapchat is available on iOS and Android.