Dropbox makes its way to Windows 10 tablets and PCs 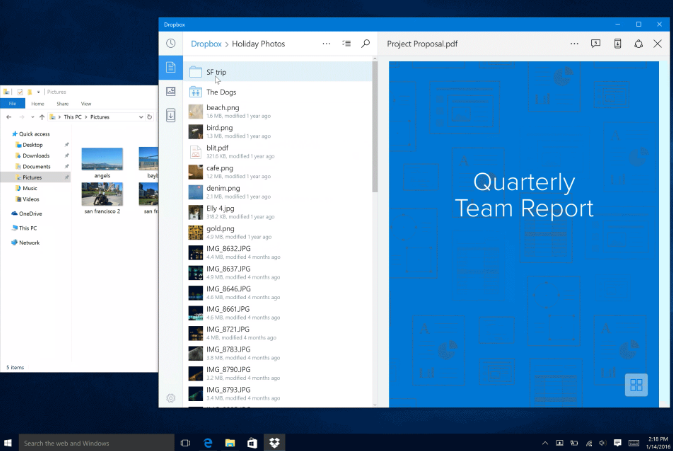 The Windows 10 version of Dropbox rolled out today on Microsoft’s app store as a free download for all Windows 10 owners.

The app, which works on both Windows 10 PCs and tablets, allows users to easily upload files to Dropbox’s cloud storage database, as well as share content with other users.

The Windows 10 version of Dropbox is built on the company’s universal Windows 10 platform, and supports specific features like Windows Hello, Live Tiles, and notifications. A standard Dropbox client is also available on the operating system, but it lacks the above Windows 10-specific features.

A Windows 10 Dropbox mobile app is reportedly coming at some point in the near future, but so far neither Dropbox nor Microsoft have revealed a specific release date.

Microsoft has heavily integrated Dropbox into its operating system following the announcement of a partnership between the two companies in November 2014.

Download the new version of Dropbox for Windows 10 on Microsoft’s App Store.