7 of the best mobile accessories from CES 2016 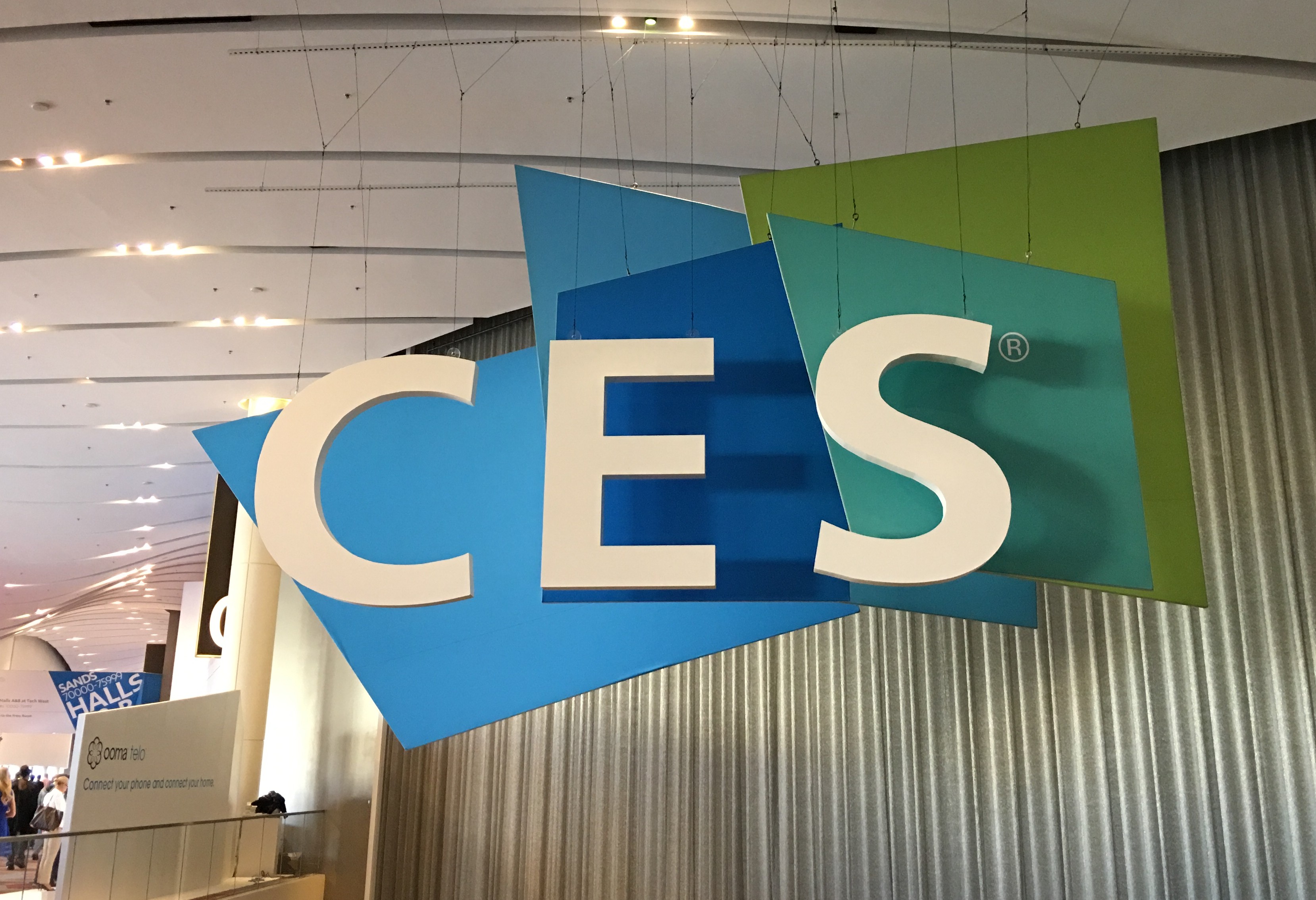 New smartphones and tablets don’t really make appearances at CES anymore, but accessories continue to abound, and amidst the countless wares were seven that stood out from the crowd.

Rather than focus on the various wearables and smart home devices in this list, we instead zeroed in on unique products that look to tackle in-car needs and other basic use cases that may be taken for granted. Here’s what we found. 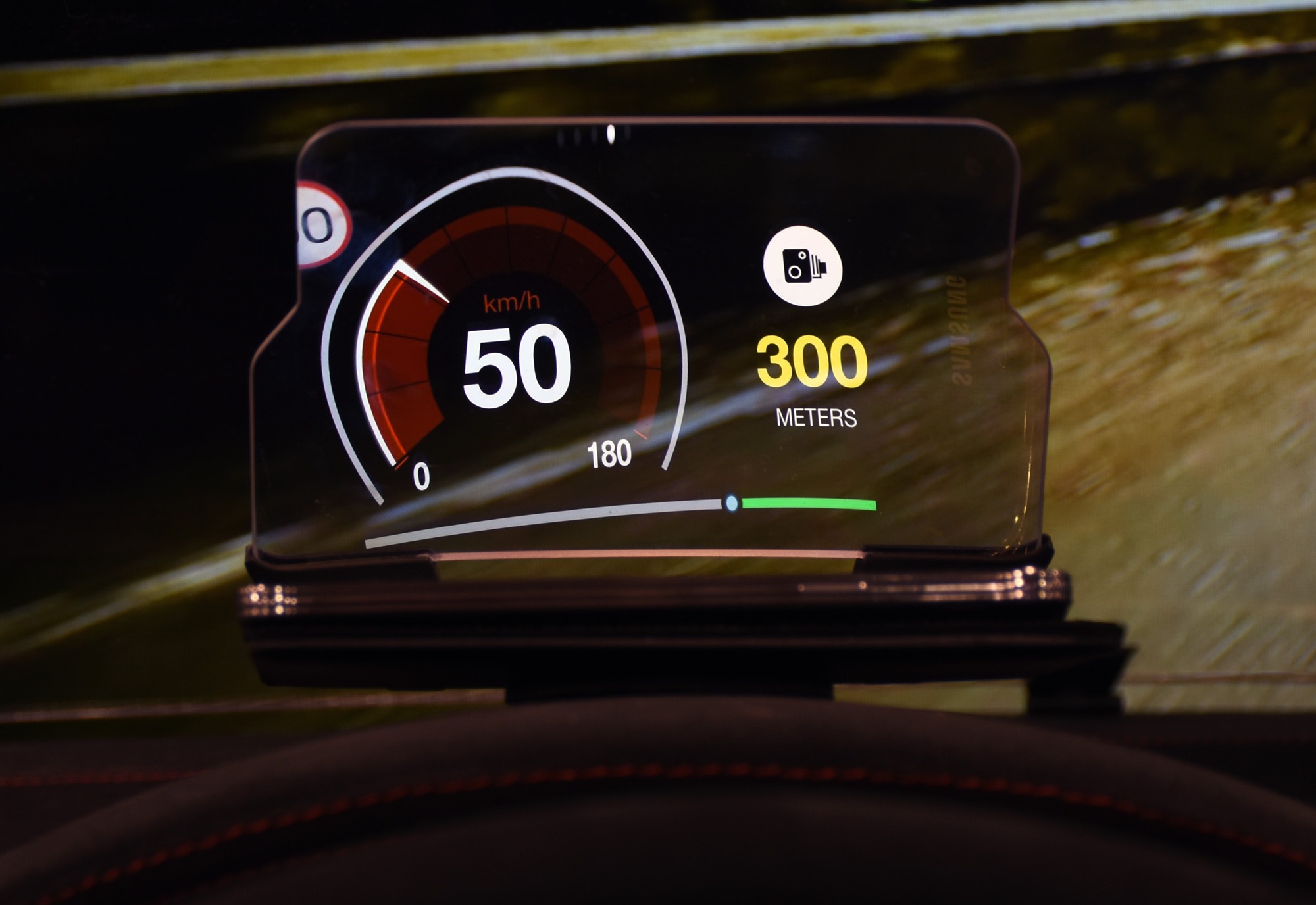 Hudway has been around for a while with its iOS and Android app, which uses the brightness of the phone screen to reflect a heads-up display (HUD) onto the windshield. Hudway Glass takes the same concept and both improves on it, while democratizing it further. The first thing the mounting device solves is placement. Planting it on the dash in front of the steering wheel keeps the phone from sliding everywhere.

The second is usage during the day. With tinted and curved glass propped up, the screen’s reflection is much easier to see. And third, it works with any size phone and any HUD and navigation app. Hudway’s app isn’t required to use its Glass product.

The first backers will get the unit in May, with a wider rollout, including Canada, to follow in late spring-early summer. It’s available for pre-order now at $49 (U.S.) and will go up to $69 (U.S.) afterward. 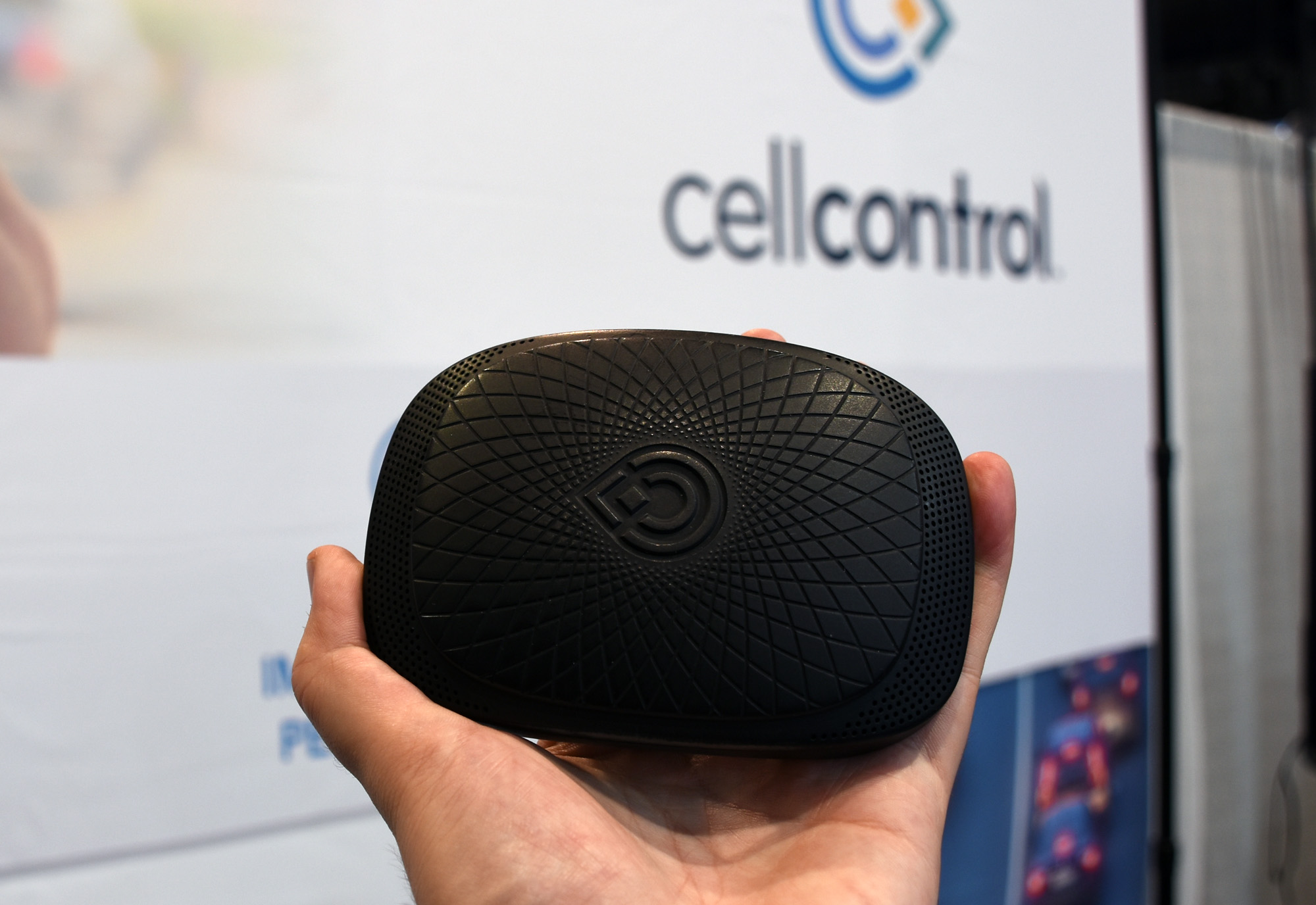 CellControl had shown off a product similar to this two years ago, but it never hit its stride. DriveID is a unit that sits on the dashboard and isolates the driver from other passengers in disabling phone usage, including calls, texts, emails, notifications and browsing. Apps and contacts can be whitelisted by whomever acts as the administrator, giving parents a measure of control over how their teens may be driving.

This time, the iPhone is supported, along with Android and “select” BlackBerry devices. It also sends notifications for device tampering, excessive speeding, hard braking and tracking the route for a trip.

The device is going to be available in the spring for $129 (U.S.) and covers up to six drivers. Another separate free app called DriveUP for iOS (Android coming soon) measures driving performance without needing the hardware device. 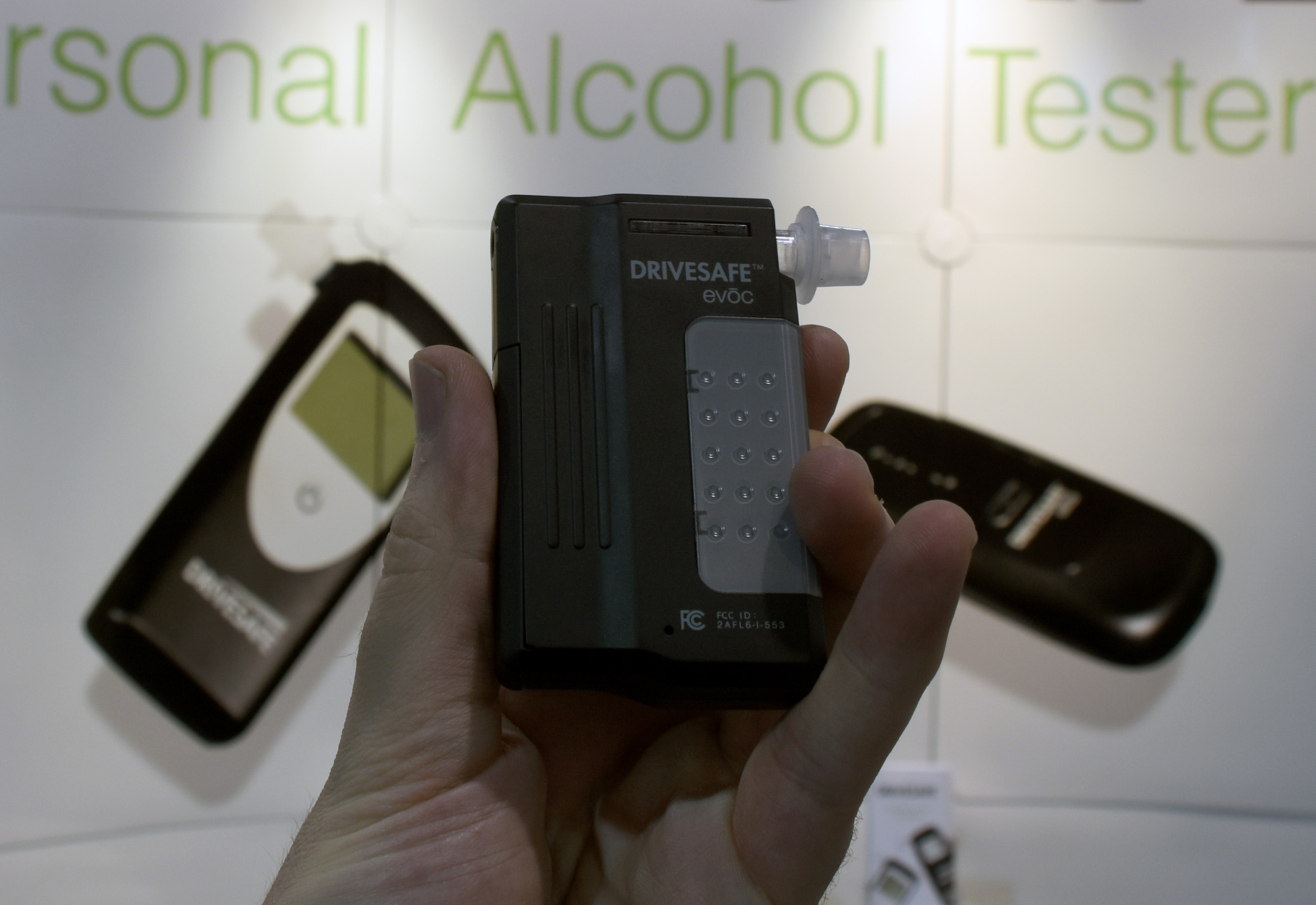 This one is pretty self-explanatory: it’s a digital breathalyzer. A user blows into it until a paired app signals it’s time to stop. The Toronto-based Alcohol Countermeasure Systems (ACS) has also made DriveSafe open enough to work with other apps that can read the data.

One, in particular, that was at the booth was CheckBAC, a deep iOS and Android app that includes a variety of features, including shooting video taking the test with the phone’s front-facing camera, walking directions to nearby hotels and restaurants and automatic forwarding to friends or family. There is plenty more it can do, but those are the basics. The DriveSafe evoc is available now for $129. 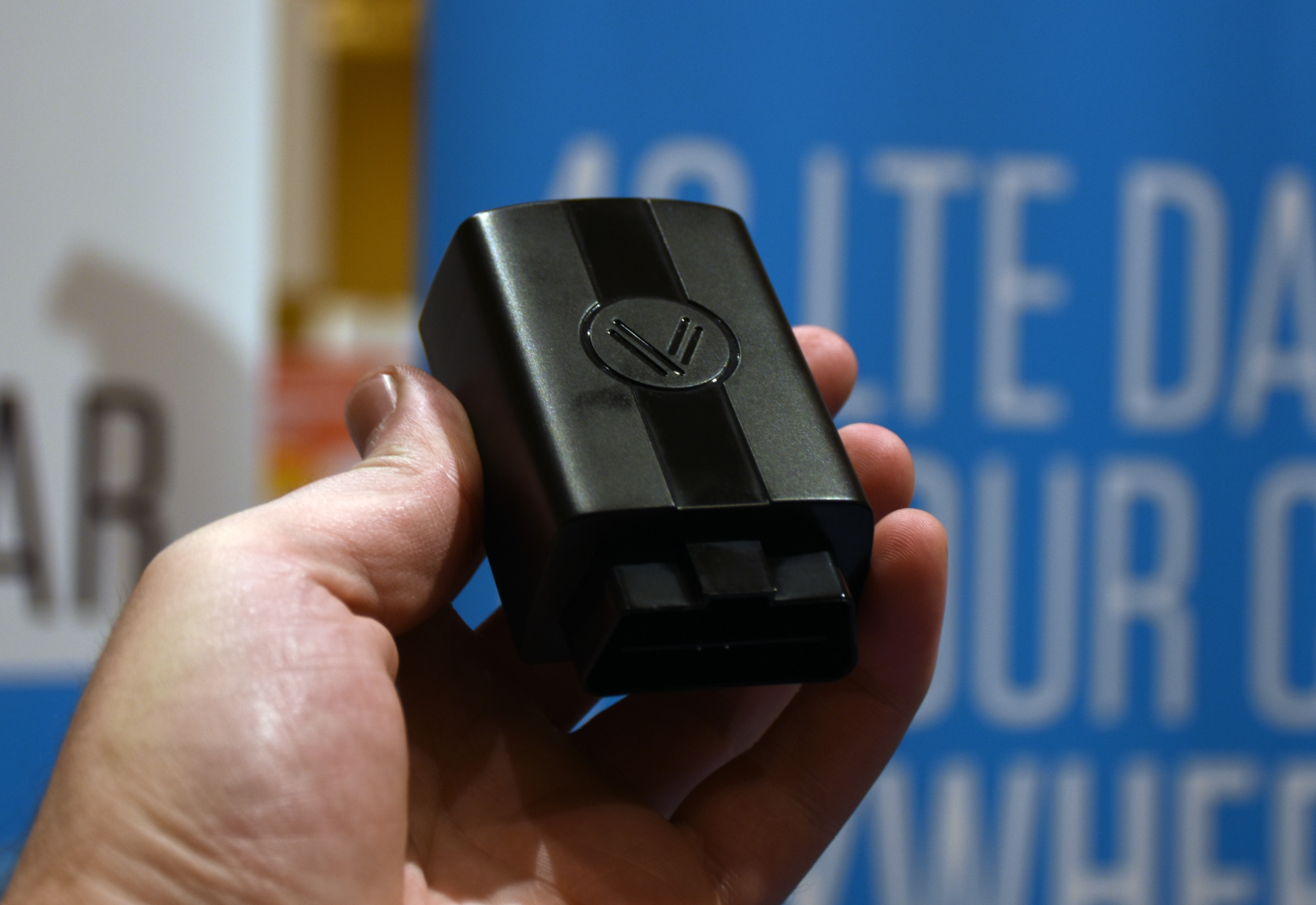 Plugging into the ODB-II port of a vehicle (1996 or later), Vinli can create a Wi-Fi hotspot throughout the cabin by pulling in an LTE connection using its onboard SIM. It also tracks car diagnostics, driver monitoring, maintenance scheduling and smart home integration. Up to 150 apps now work with the unit.

In the U.S., it uses the T-Mobile network, so the unit doesn’t yet work in Canada. Talks with two of the Big 3 are in the works to bring the device and feature set north of the border this year, according to the company. It’s being sold now for $200 on the Vinli website. 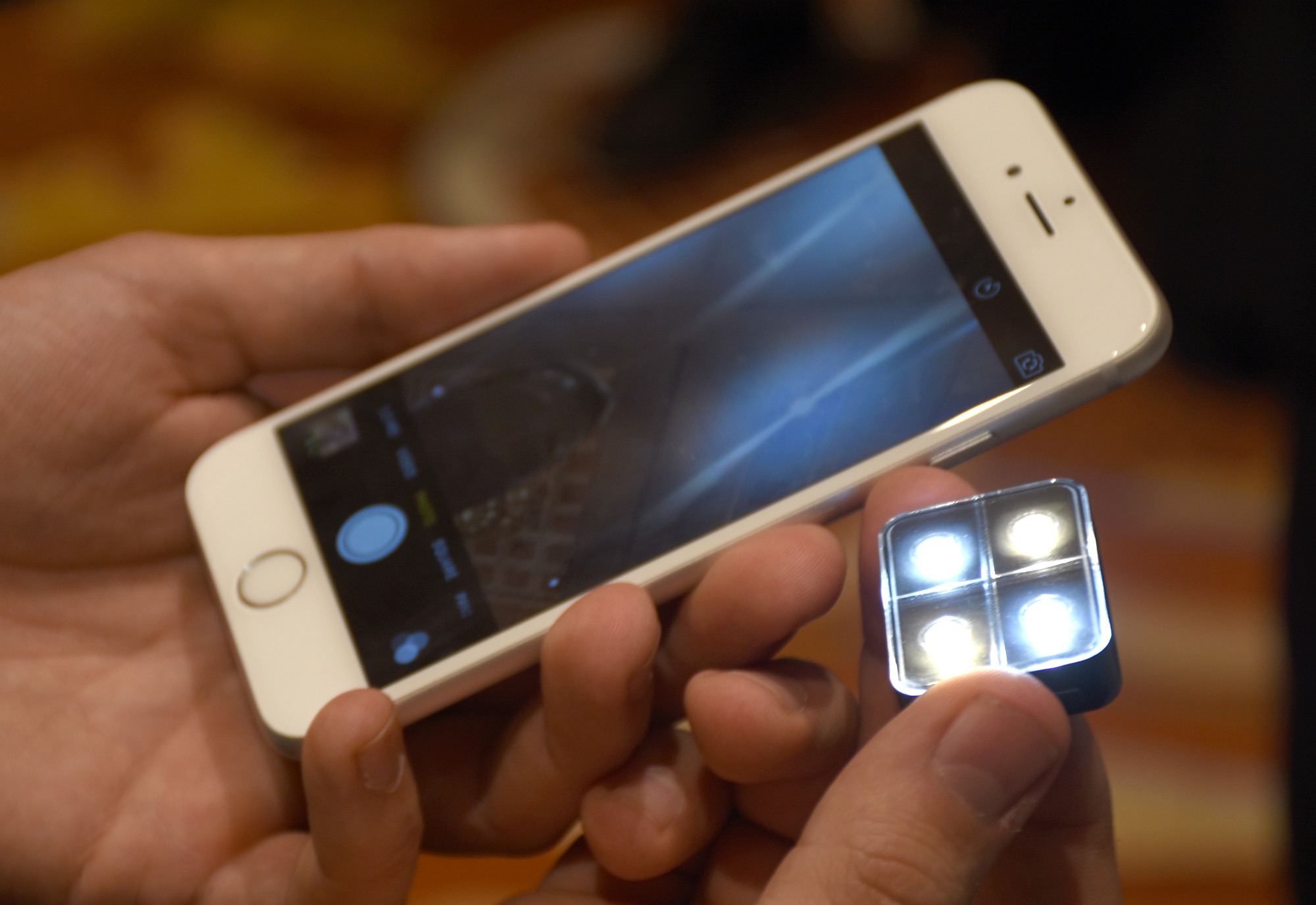 The term “give me a light” is apt in the case of the iBlazr 2, a diminutive LED lamp that slides on to any phone and gives a lighting boost for photos and video. Well-lit selfies are a given with this thing. Being paired via Bluetooth, it also works untethered to the phone’s body, so holding it off on another angle can illuminate a subject that way, too. It has different intensities and colour temperature up to 5600K. 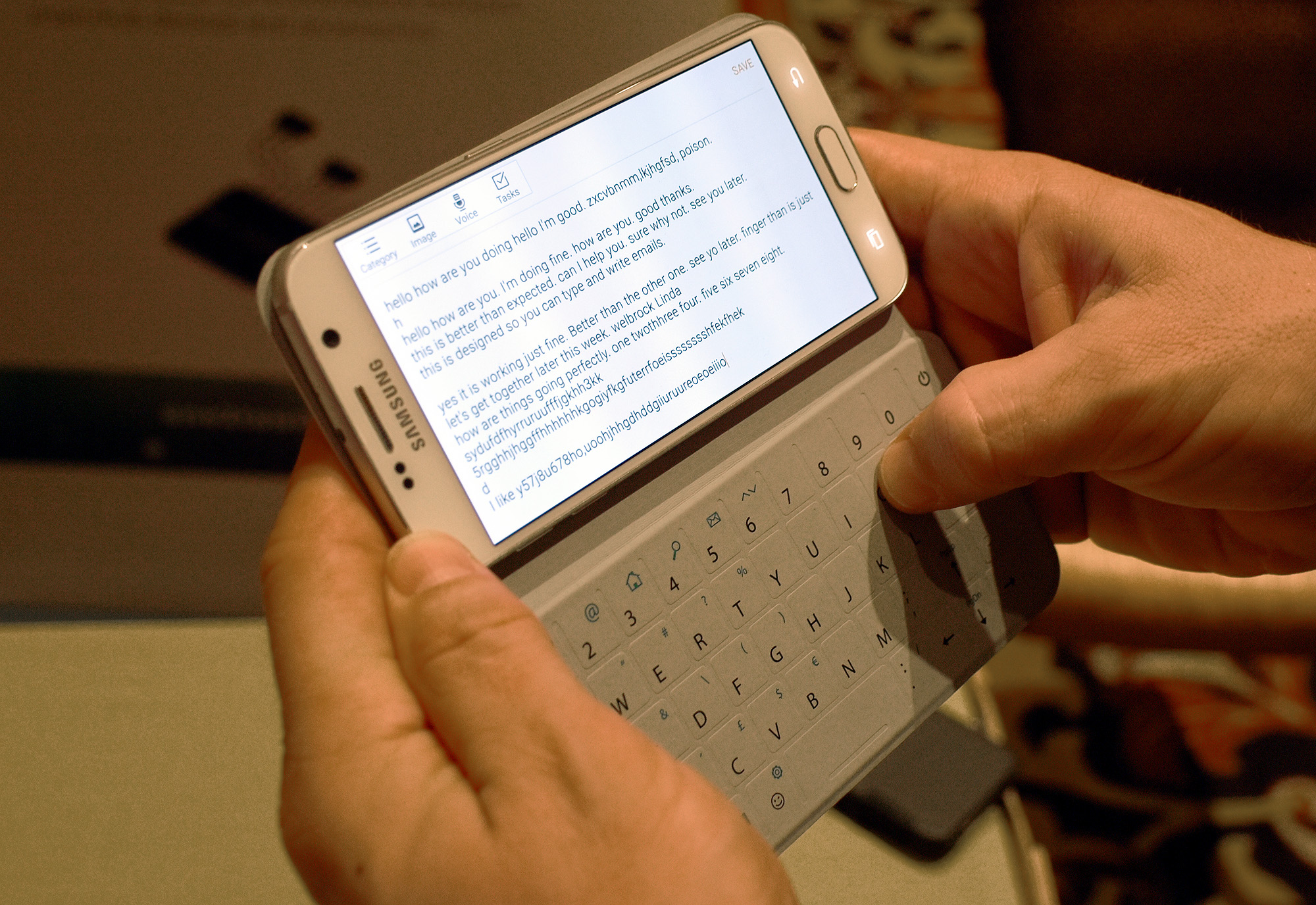 Ever considered buying a Surface-like QWERTY keyboard for your Galaxy S6 phone? SlimType is it. Norwegian company, One2Touch, has combined a case with a keyboard on the inner flap that types normally on a Galaxy S6 and S6 edge. The S6 edge+ and Galaxy Note 5 aren’t compatible because of their larger size.

SlimType pairs with the phone via NFC, not traditional Bluetooth. It also has no battery inside, which is part of the reason why it’s so thin. The design and texture is nice, though ergonomics will be a factor when using it because there is no way to prop up the display. It isn’t available yet, but the company is taking pre-orders for $39 (U.S.) with three colour options: black sapphire, cherry red or white pearly. 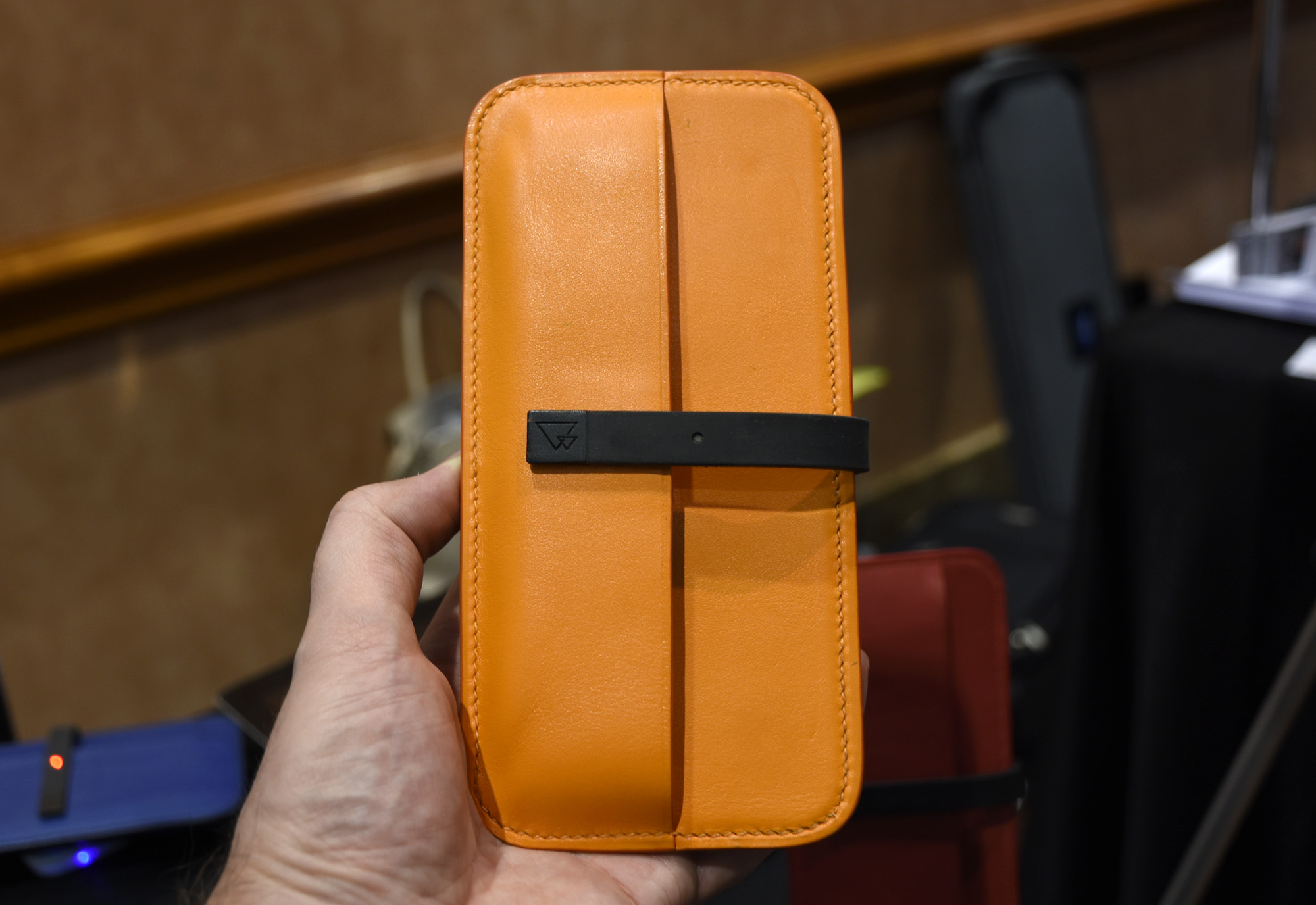 Not a case, but rather a “connected sleeve,” De Rigueur seems more a fashion startup than a tech one, but the small French firm has fused the two for this item. The Connected Sleeve is handmade in France using real leather and carries a 7,000mAh battery inside that can wireless charge a compatible phone slid inside using the Qi wireless charging standard.

The black strap has a USB plug at the end to charge the battery, attaching to the sleeve’s body magnetically when looped over to tuck the phone in. It can also charge on its own when laid down on a Qi-powered mat. No pricing has been confirmed as yet, but the crowdfunding campaign is ongoing.