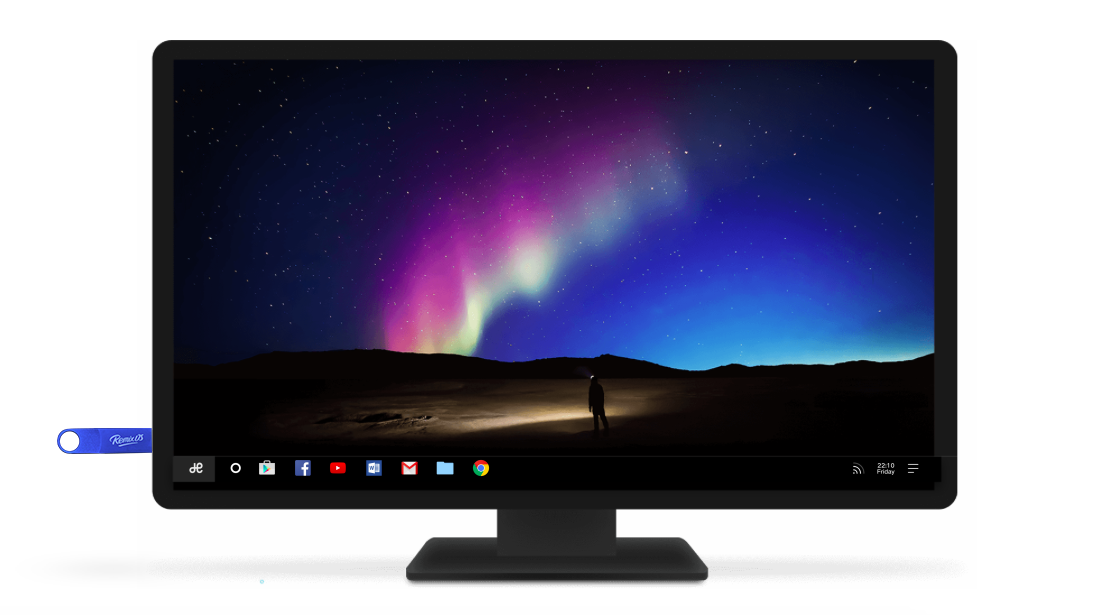 In a couple of short weeks, PC and Mac owners will be add a bit of Android to their desktop computing experience.

Remix OS, a fork of Android that adds a variety of usage paradigms and features traditionally associated with PC-based operating systems to Google’s OS, will become available on almost any PC that utilizes an x86-based processor. Jide, the company behind Remix, plans to upload an image of the OS to its website, which people can then download and load onto a USB 3.0 stick that has at least 8GB of space and a recommended write speed of 20MB per second.

For those that haven’t tried Remix, it’s a lot like what Chrome OS should have been. It has access to Android’s impressive app catalogue, as well as PC conveniences like a proper file manager, start bar and right click, which makes using and navigating the OS a familiar experience.

Previously, any Canadians interested in taking a look at Remix OS had to purchase the Remix Mini, a $99 PC with modest specs, two USB ports and an HDMI output.

While most people with a half-decent computer will look at Remix OS as a curiosity, the operating system has the potential to find popularity in the developing world.

With its modest system requirements — the Remix Mini runs on a 1.2GHz Allwinner processor — the OS can run a variety of aging hardware, and with Android’s relatively small space footprint most users will be able to carry the OS around on a USB thumbtack. Closer to home, those that want to give an old computer a new lease on life can install Remix for free.

Another similar project called Bluestacks allows PC and Mac users to emulate Android on their desktop or laptop computer.