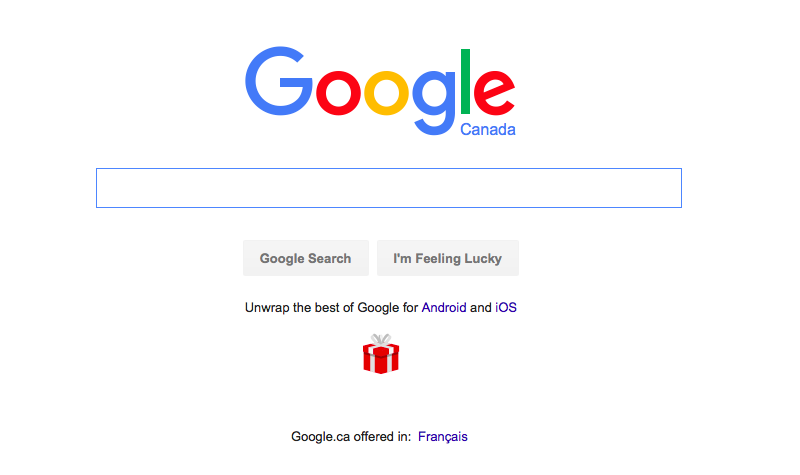 It’s rare that Google uses its homepage for self-promotion. On occasion, the real estate below its search button is usually reserved for helping raise awareness or funds for natural disasters or diseases.

However, with the holidays wrapping up, Google is taking aim at the new Android or iOS users around the world by giving them direct access to its plethora of apps on both app stores. A short message on its homepage, including Google Canada, states, “Unwrap the best of Google for Android and iOS,’ which is redirected to Google Play and Apple’s App Store. 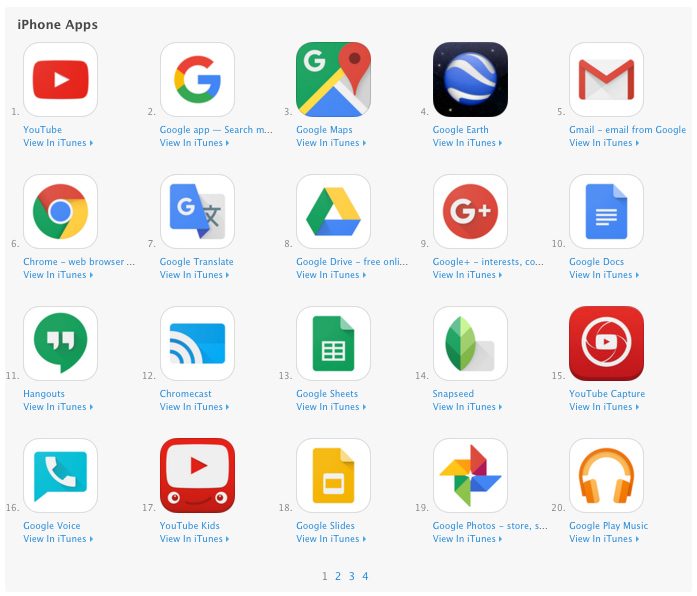 In total, Google is showing ten Google-branded app for Android users, including Maps, Translate, Chrome, YouTube, Gmail, Drive and Hangouts. As for iOS, Google has listed 62 various iPhone apps and 47 iPad apps, but most can also be used for Watch.