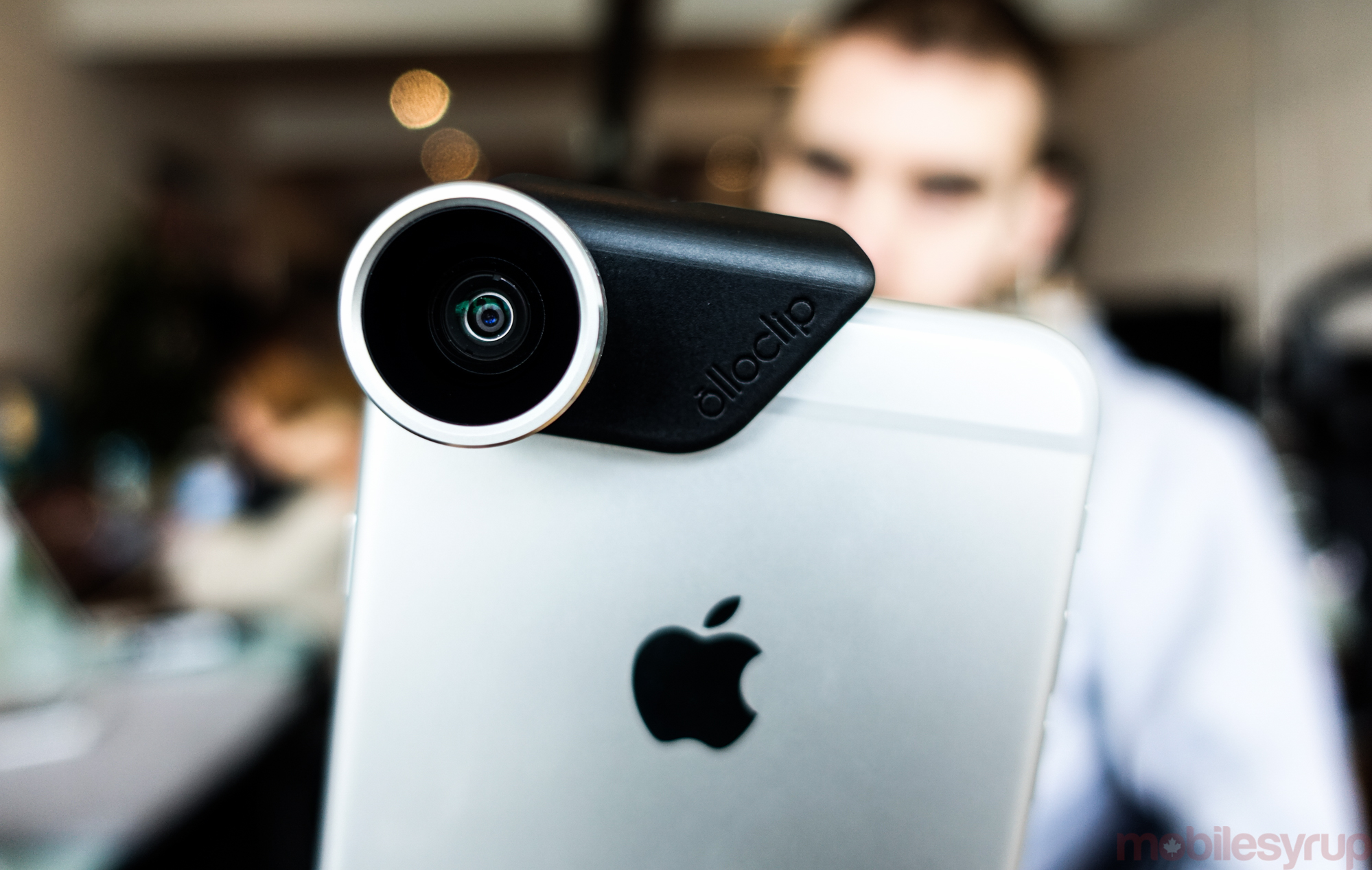 Despite the leaps and bounds smartphone cameras have made since the original iPhone made its debut in 2007, I still find my myself carrying around a dedicated camera anytime I want to head outside and snap some photos. For me, especially with the recent advent of mirrorless cameras, the minor inconvenience of carrying around a slightly bigger device and swapping lenses is justifiable when I get home and get a chance to take a look at the shots I’ve taken. Interchangeable lenses, in particular, add so much creative possibility to a photographer’s toolkit that they’re hard to give up. Likely feeling the same way I do about dedicated cameras, a company called Olloclip has tried to bring that versatility to the iPhone and Samsung’s Galaxy S series.

Initially started as a Kickstarter project back in 2011, the Olloclip is an accessory that allows iPhone users to augment their smartphone’s sensor-lens combo with a small clip-on accessory that carries a variety of different lenses. In my case, the company sent us its latest 4-in-1 Lens Kit, which includes a wide-angle lens, fisheye lens, macro 10x lens and macro 15x lens. 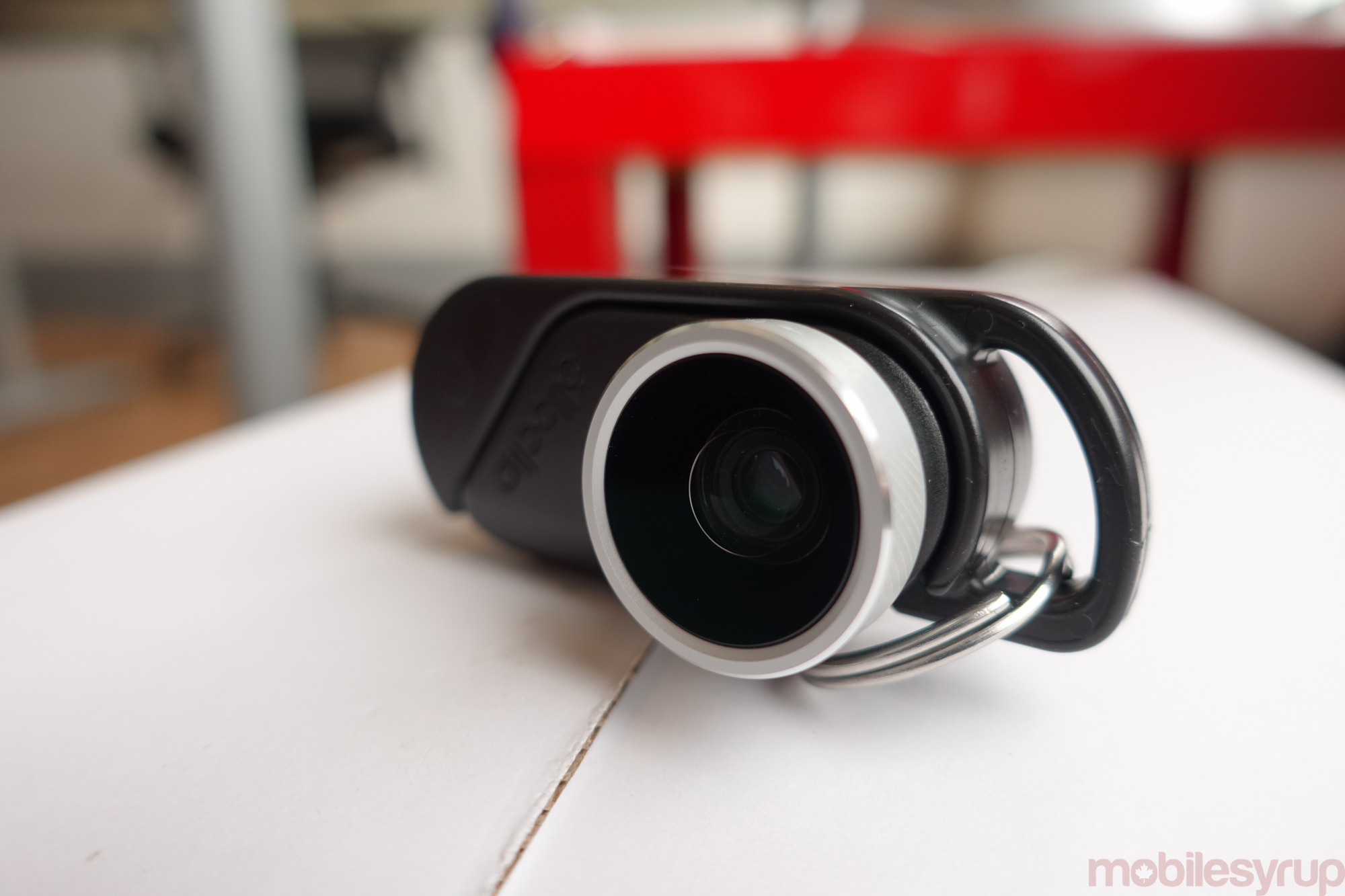 With the exception of the two lenses attached to its front and back, the Olloclip is pretty non-descript. Available in a variety of colours, it comes with a handy carrying attachment that makes it easy to keep close at hand. Once detached from its carrying component, the Olloclip is easy enough to attach to the iPhone. 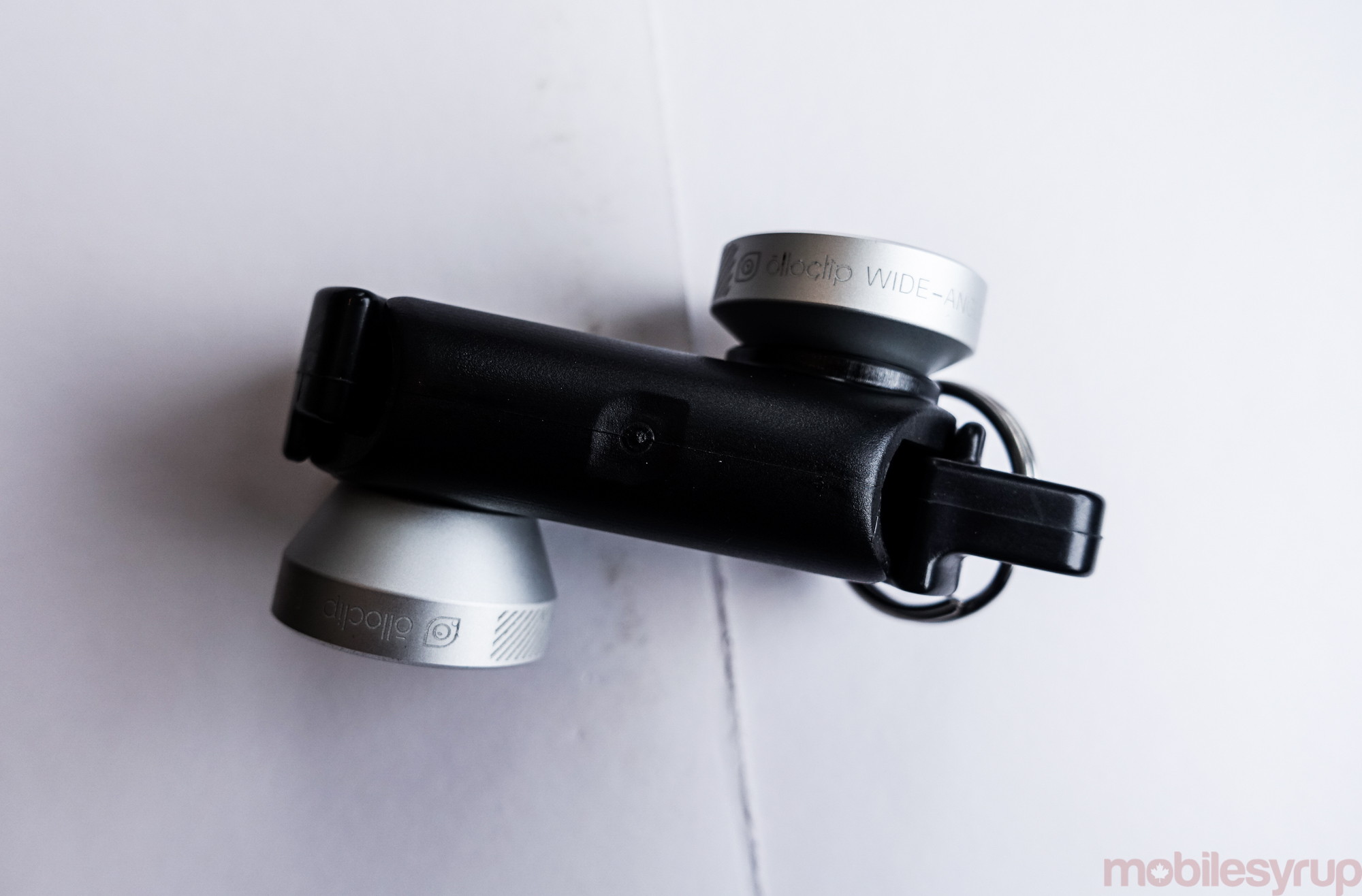 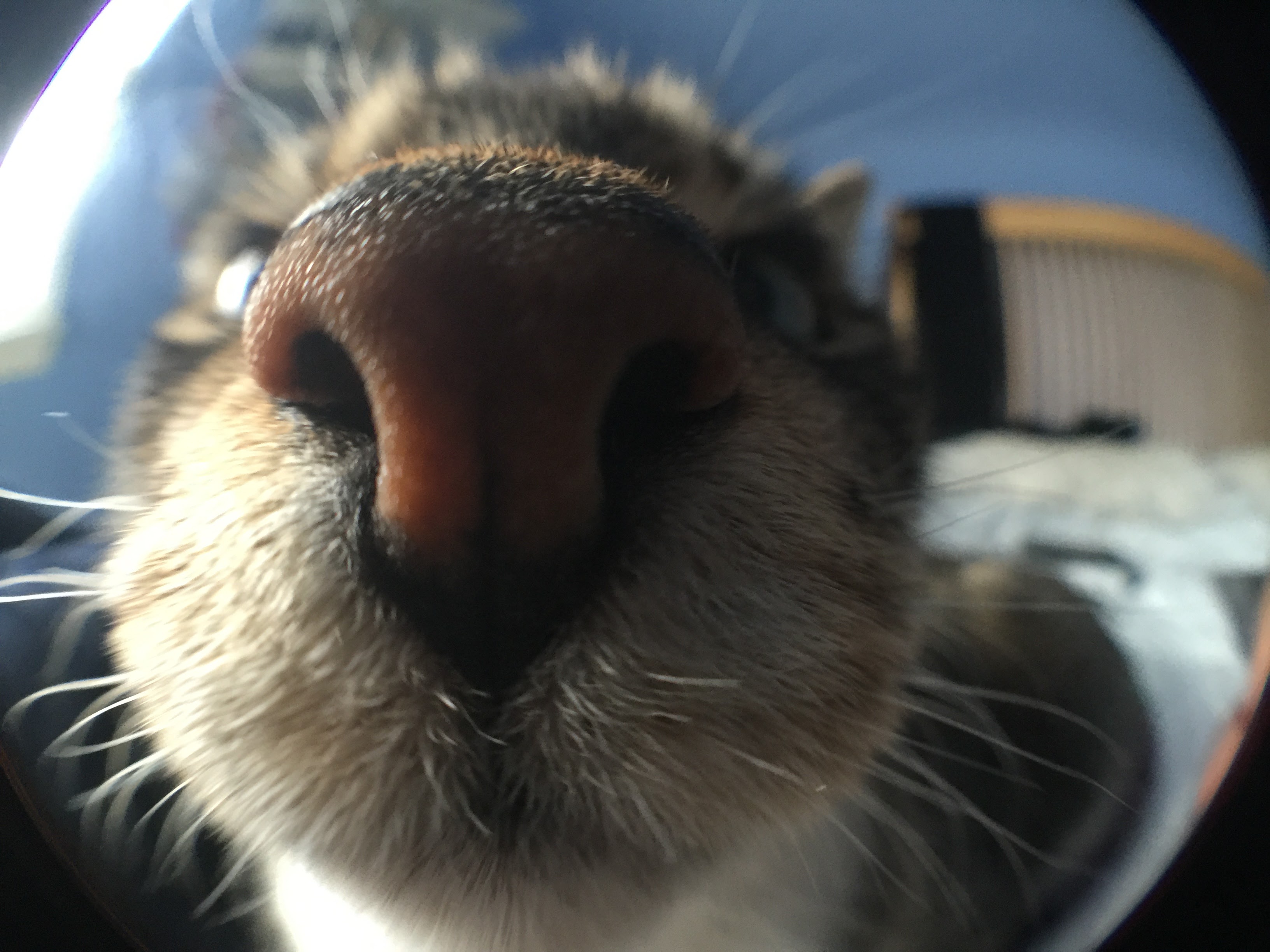 My cat, Kiki, shot with the Olloclip’s fisheye lens.

There’s not much to say about the fisheye. If you want to make your friends or pets look alien, there’s no better tool for the job. As with most lenses of this type, chromatic aberration — the blurring of two distinct colours into one non-distinct mess — and edge distortion are issues, but the novelty of being able to share a photo taken with a fisheye lens on Instagram outweigh those problems.

Likewise, the same can be said of the Olloclip’s wide-angle lens. The optics of this lens are demonstrably inferior to that of the iPhone’s stock rear-facing camera. Chromatic aberration is particularly notable in the photos I took, and edge blurring can be observed in almost every single photo I took with it.

For those with a discerning eye, the drop in image quality won’t be worth the wider field of view; for everyone else, this lens will let them include all their friends in a selfie and take majestic landscape photos.

A photo of one of Toronto’s iconic Graffiti Alley wall murals. Shot with the iPhone 6 Plus’ stock rear-facing camera.

The same wall mural shot with the Olloclip’s wide-angle lens.

Having never owned a single macro lens before — let alone two — the world these lenses opened up to me made me genuinely excited to go around and see what kind of compositions I could create. In my mind, these two lenses alone make the Olloclip worth the price of admission. (Olloclip also makes a Macro Pro set, which comes with 7x, 14x and 21x macro lenses.) 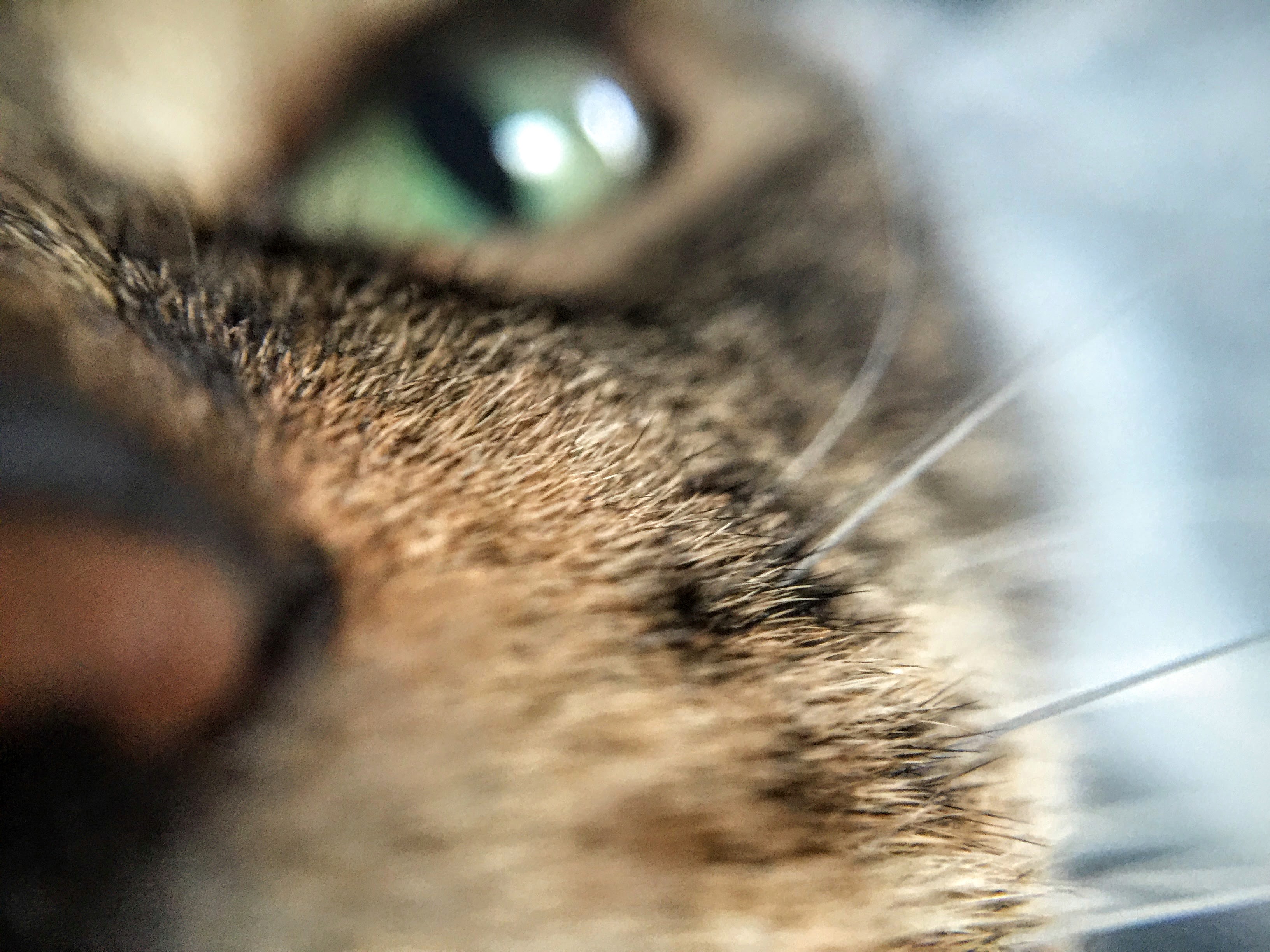 A close-up of Kiki. Shot with the Olloclip’s 10x macro lens.

However, they’re not perfect. The combination of their narrow field of focus and lack of either hardware- or software-assisted autofocus meant it often took a bit of patience to get the result I wanted. Normally this wasn’t an issue when photographing an inanimate object, but it is definitely something that came up when I tried to capture a moving object like my cat or a bug.

Shooting the latter, there was more than one occasion where I thought I had perfectly captured an image only to see later the point I wanted to draw attention to wasn’t in focus. This is a disheartening moment for any photographer, but given the price of the Olloclip, it’s one that’s easier to overlook than on other, more expensive lenses. 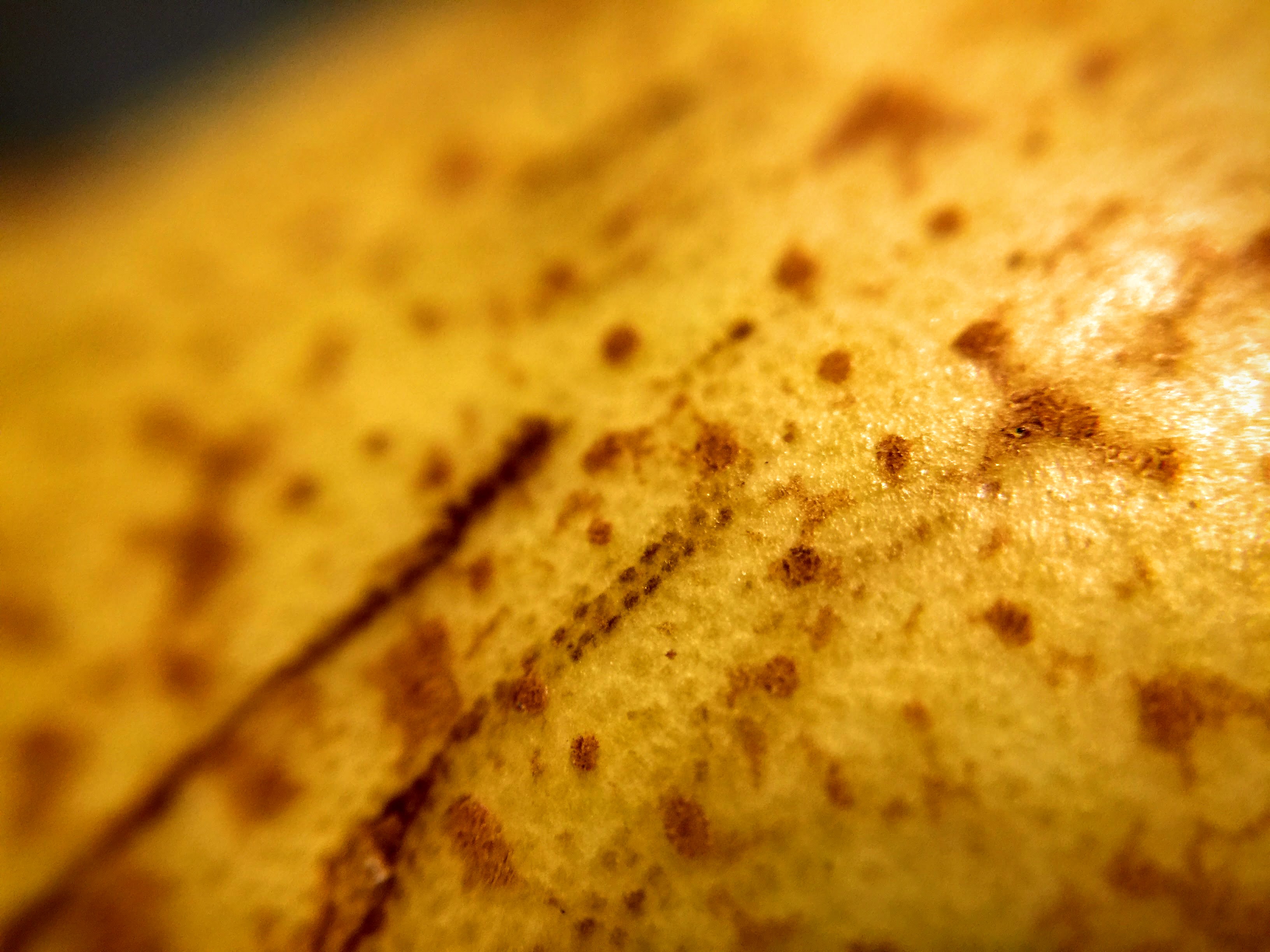 A Pear. Shot with the macro 15x lens.

The leaf of a house plant. Once again shot with the Olloclip’s 15X macro lens.

Speaking to the more overall package, there are two issues with the Olloclip, one more significant than the other. I’ll start with the lesser of two issues.

In making the iPhone’s smartphone’s camera more like a traditional DSLR, the Olloclip sacrifices one of its greatest strengths: the ability to take photos without any setup. Despite the mechanism Olloclip has developed, switching lenses is not quick.

On the other hand, I found the Olloclip encouraged me to be more thoughtful with how I composed my photos, and, more often than not, I tried capturing the same scene with both the wide-angle lens and fisheye. It’s a tradeoff photography enthusiasts will be happy to make, but other people may see it as a hassle.

Moreover, with the exception of the wide-angle lens, the Olloclip probably won’t become a staple in a person’s photo taking toolkit. Sure, all four of the Olloclip’s lenses are a lot of fun to use, but unless you’re a fisheye or macro enthusiast, the iPhone’s stock camera is the better, more versatile option much of the time.

On the flip side, for only $94.99 CAD ($79.99 USD) you’re greatly expanding your smartphone’s photographic capabilities. With my Sony A6000, I would need to spend more than $600 to buy both a fisheye and macro lens. That’s a lot of money to spend on two situationally useful lenses when I could put that money towards a more versatile piece of glass like a wide-angle zoom lens. This is the Olloclip’s greatest strength: it allows those with an interest in photography to dip their toes into two very specific types of photography without spending a lot of money. 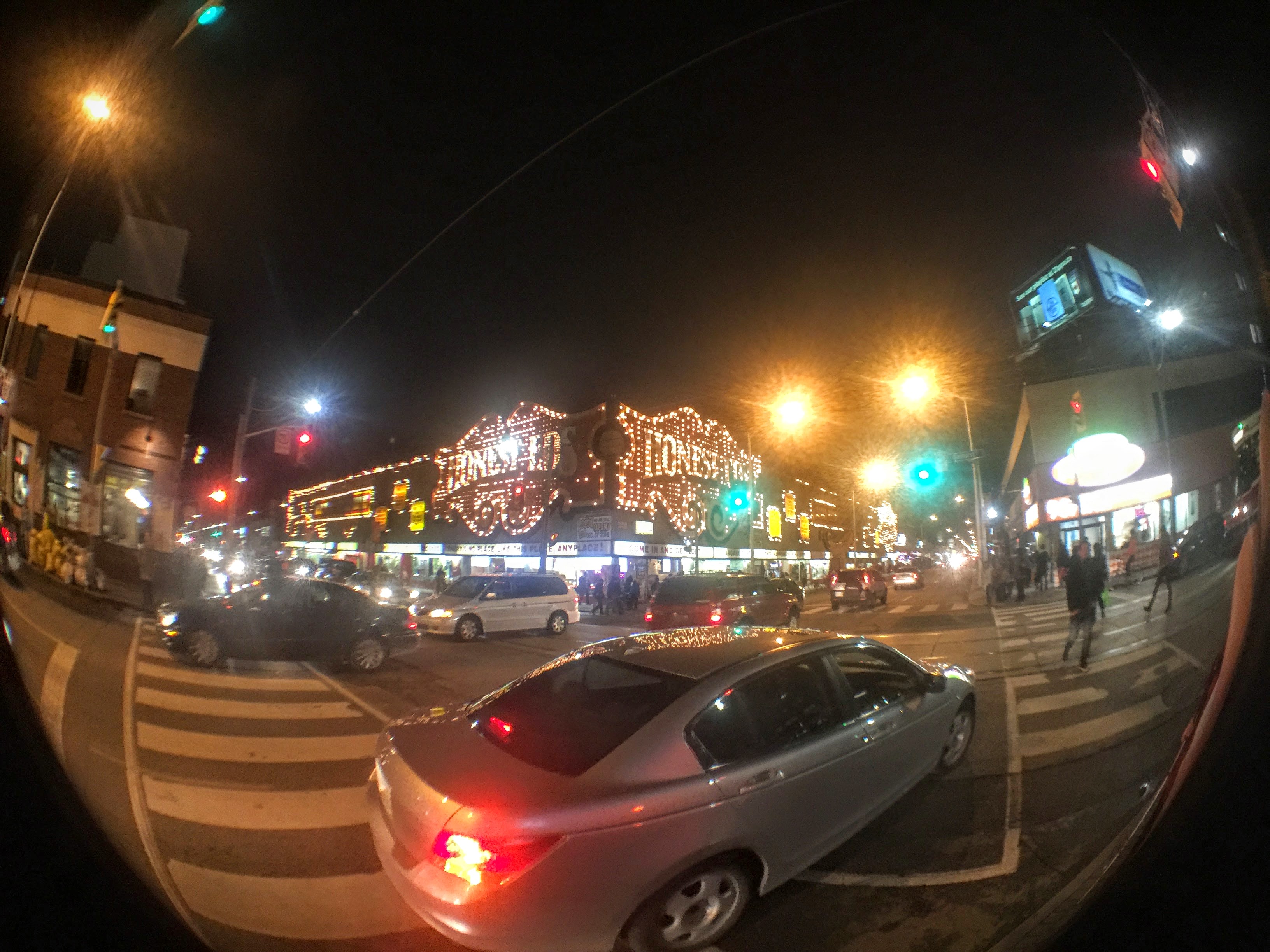 One of Toronto’s more iconic (and soon to be gone) landmarks. Shot with the Olloclip’s fisheye lens.

This fact alone makes the Olloclip an easy recommendation, if not for the other issue I alluded to earlier. It might have been the specific Olloclip MobileSyrup was sent, but the accessory actually damaged my iPhone 6 Plus. Whenever I went to snap the Olloclip onto my iPhone there was an unsettling grinding sound, which, sure enough, translated into the back of phone being scratched and the screen protector on the front being damaged. It’s clear that the tempered glass screen protector was too thick for the Olloclip, but those with even thinner plastic ones should be wary before using the accessory.

Otherwise, the Olloclip is worth considering for both photography enthusiasts, as well as social media fiends. 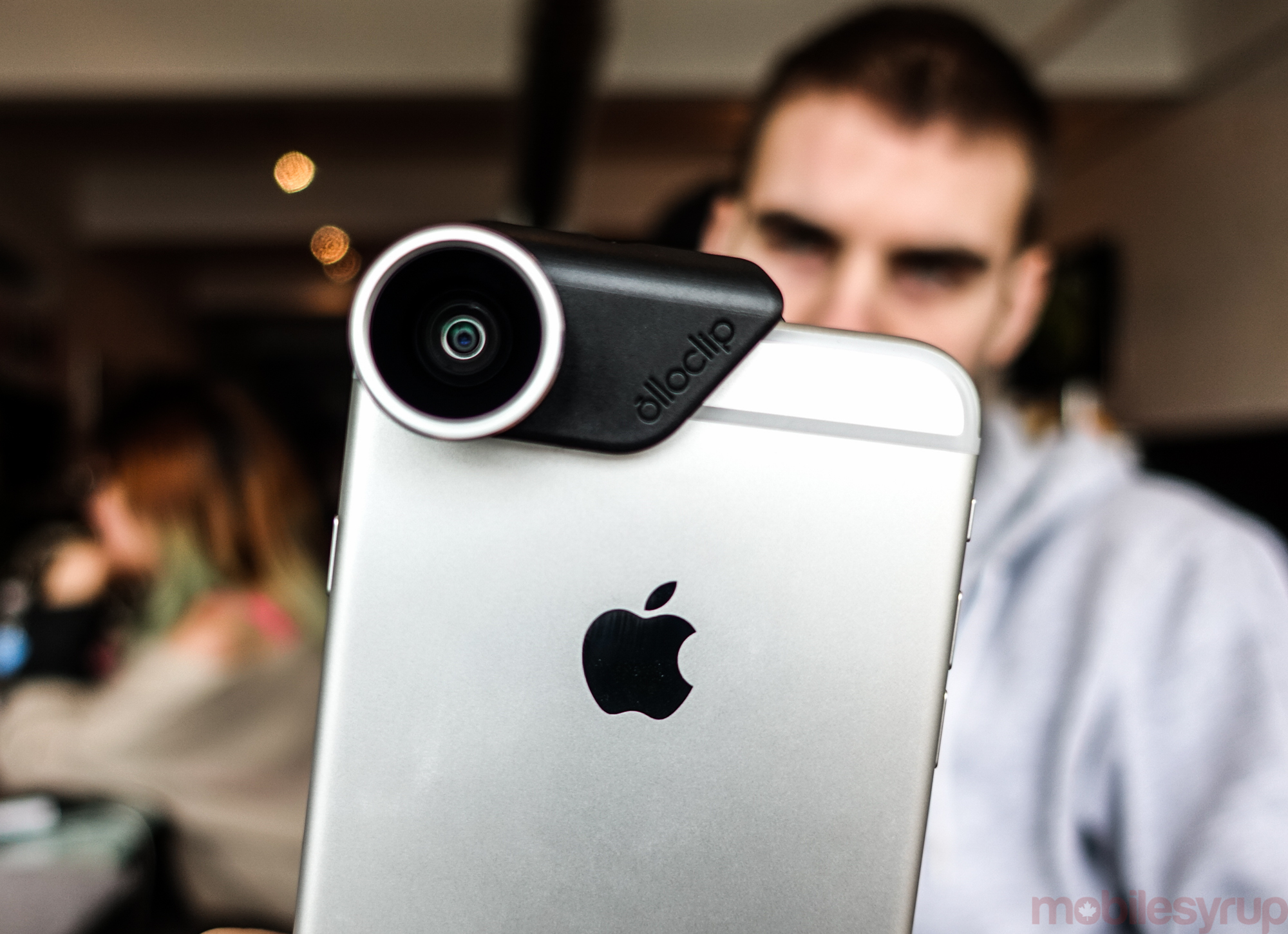 The Olloclip is available at TELUS and Apple for $94.99 CAD. It is compatible with the iPhone 6, iPhone 6 Plus, iPhone 6s and iPhone 6s Plus.

A note about this review: all the photos showcased in this review were taken with the iPhone 6 Plus, using the stock iOS camera app. Photos were edited using the automatic edit option found in Google Photos.