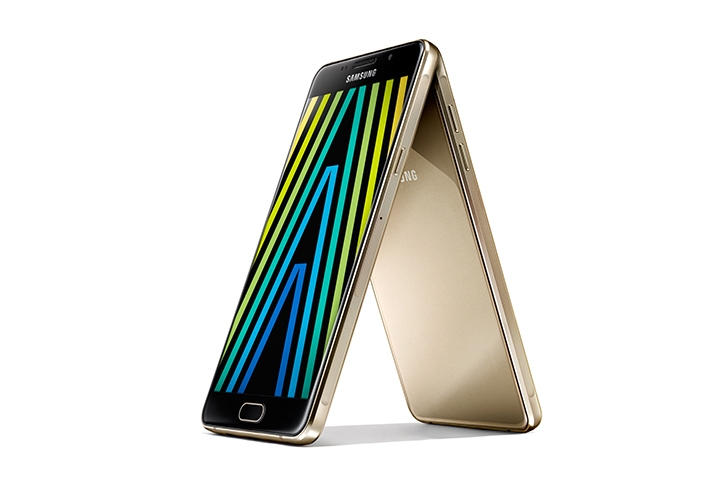 One month after launching last year’s A5 in Canada, Samsung has announced new versions of its mid-range A lineup.

Borrowing design cues from the company’s flagship Galaxy S6 lineup, as well more premium features like Samsung Pay, each of the three devices announced today look like capable solutions for those looking at an affordable smartphone in 2016.

For those that were upset the S6 and its siblings did not come with expandable storage, the good news is that it’s possible to complement the A7’s 16GB of internal storage with an microSD card of up to 128GB of additional space. However, it appears none of the models feature replaceable batteries, nor fingerprint sensors.

That said, based on the spec sheet Samsung provided us, it looks like all the new Galaxy A models will come with excellent cameras. Across the entire family, both front and back-facing cameras have F1.9 lenses and 13 megapixel sensors. The two most expensive models, the A7 and A5, even come with optical image stabilization.

The 4.7-inch Galaxy A3 has a slower 1.5GHz quad-core Exynos SoC, 1.5GB of RAM, a smaller 2,300mAh battery that is not Fast Charge-compatible and a less dense 720p display. On the bright side, at 132 grams it’s also the lightest of the three models.

Launching in China later this month, Samsung says it plans to bring the devices to other markets in 2016. Given that the 2015 iteration of the A5 launched in Canada and all but the A3 are Category-6 LTE compatible, there’s a good chance at least one of these devices will make its way here. Pricing, either here in Canada or in other parts of the world, has yet to be announced.