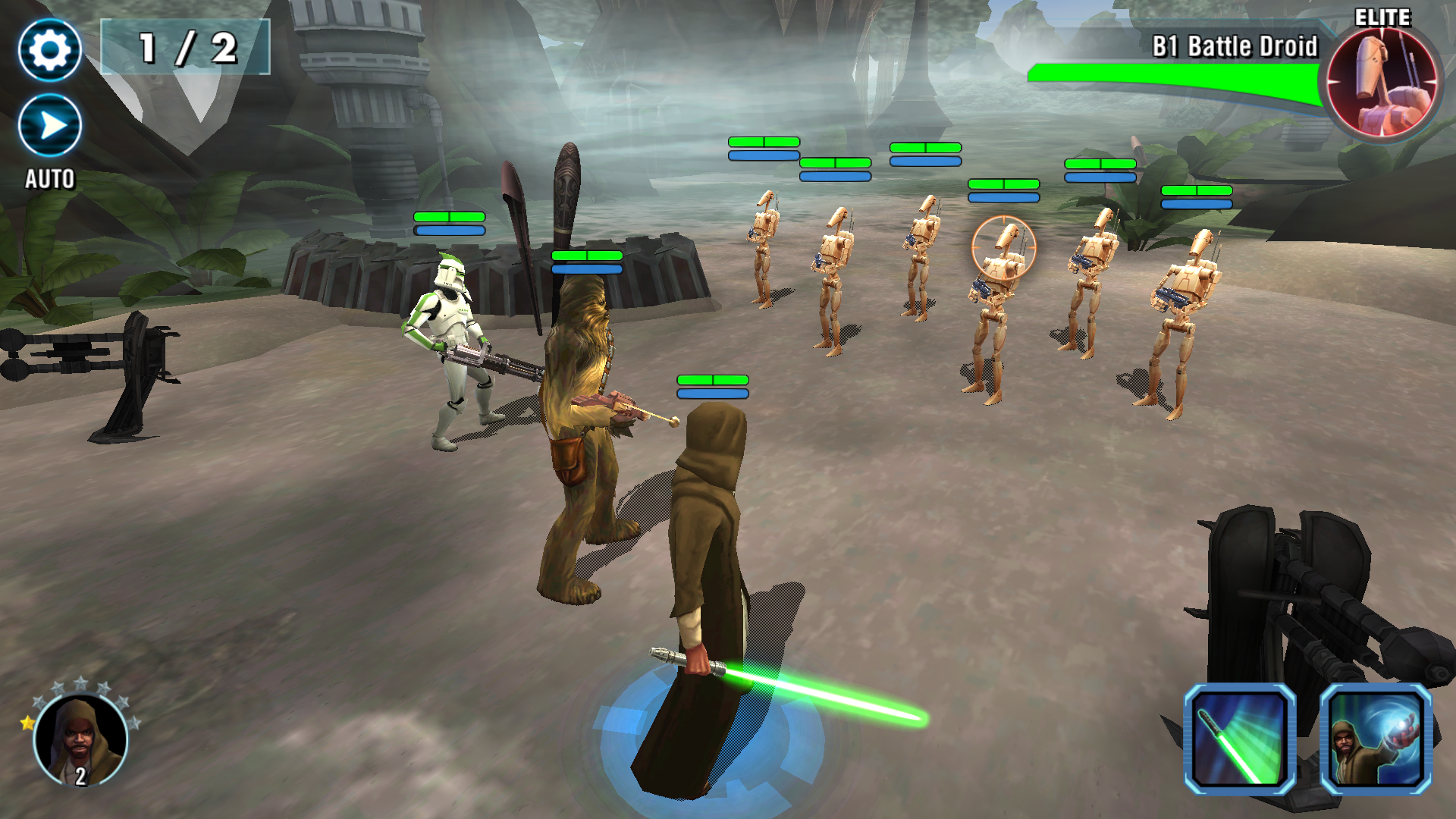 The game capitalizes on the recent mobile game trend where developers remove the adventure and story aspects from a traditional role-paying experience and instead choose to focus only on the genre’s turn-based battle mechanics. Final Fantasy Record Keeper is an example of a popular mobile game that fits into this mold.

In Star Wars Galaxy of Heroes, players battle through three-tiered stages and acquire new equipment and experience points for their squad of characters.

Essentially, EA has taken this established concept and plastered the Star Wars license on top of it.

While the game’s early battles are simple, later levels require classic role-playing strategies like targeting specific characters and ensuring specific members of your squad focus on healing your team, rather then remaining on the offensive, but the experience never becomes very challenging. Star Wars Galaxy Heroes’ cast of party members is diverse and features a variety of Star Wars’ core characters, as well as a few oddities: a Jawa, Greedo, Biggs, a Royal Guard and even an Ewok Scout are available and can be added to your party. 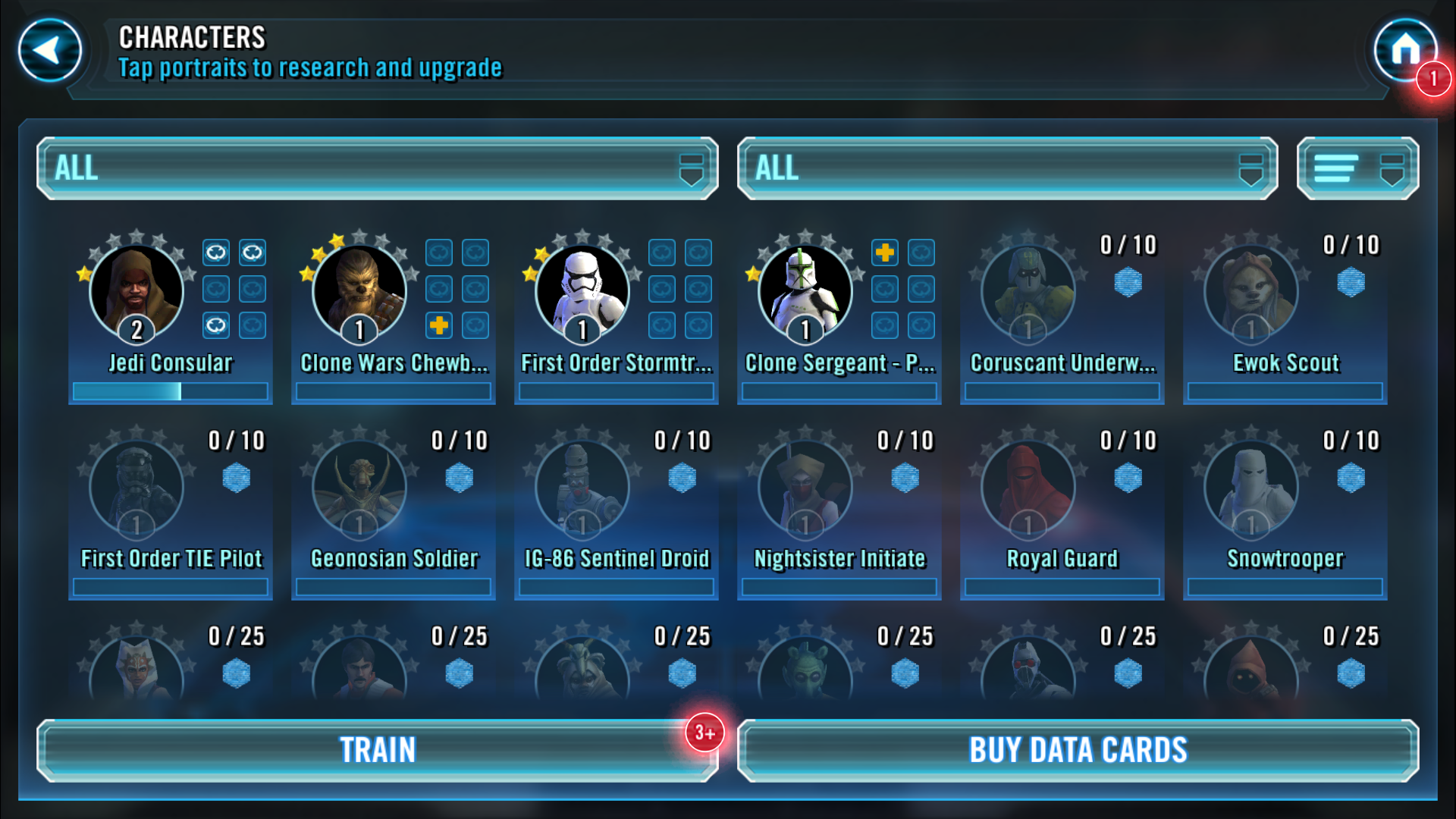 Unlike many free-to-play games, Star Wars Galaxy of Heroes’ paid aspects aren’t necessary to move forward in the game. Players can spend money on unlocking new characters and equipment if they choose to, but all items can also be unlocked by investing more time in the game.

Star Wars Galaxy of Heroes soft launched in various regions late last month and was given wider release earlier this week. A couple of new features have been added to the game since its initial release like a series of Cantina battles and the ability to mix parties with Light and Dark Side characters. The most interesting addition to the game is a new Global War campaign that pits every character the player has unlocked against a never ending onslaught of enemies.

I’ve been playing Star Wars Galaxy of Heroes on a daily basis for the last couple of days, jumping into the game for a few minutes and completing its Daily Tasks list, then moving on to something else. While the game is far from groundbreaking, in small bursts it’s entertaining and addictive. 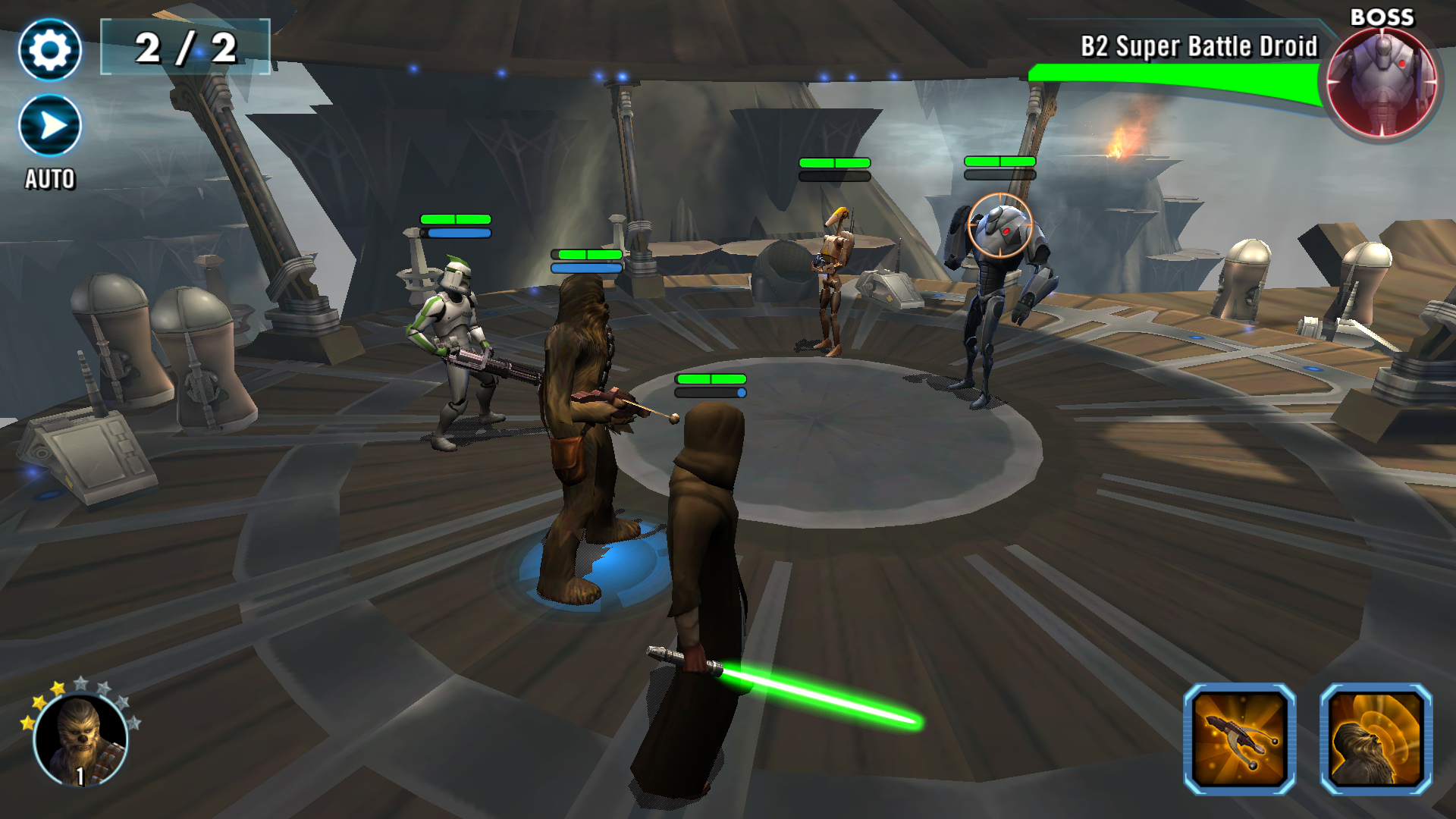 Hopefully game modes and new characters are added in the near future when the upcoming Force Awakens content update drops.

If you’re looking for an in-depth Star Wars experience though this probably isn’t the game for you. Just download Star Wars Knights of the Old Republic instead. The game might be 12 years old but it’s aged exceedingly well.

Download Star Wars Galaxy of Heroes for Android and iOS.