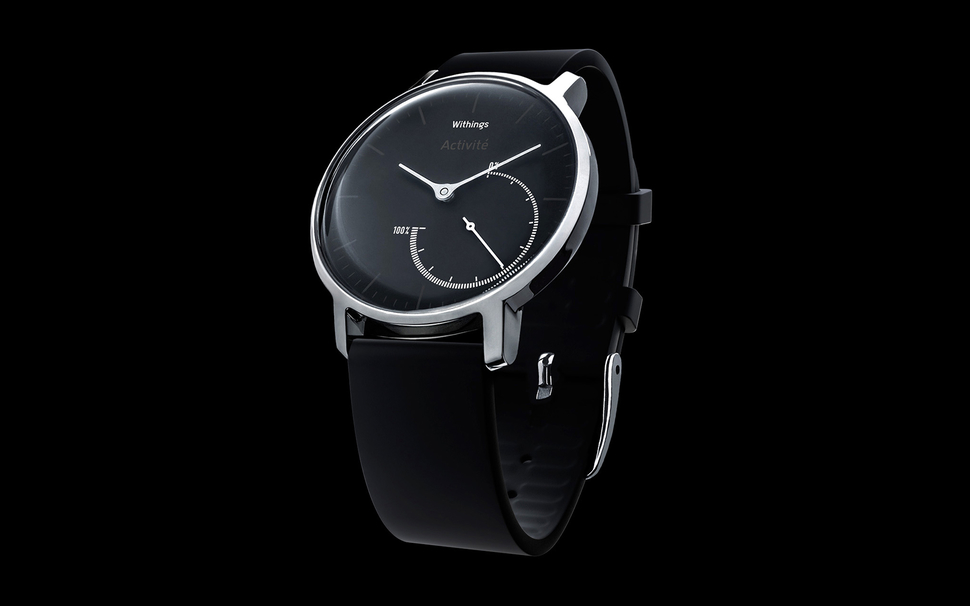 Priced €140 in the company’s home country of France, the Activité Steel sits between the $199 CAD Activité Pop and the $600 CAD Activité, in terms of price.

In many ways, the Steel is a more refined take on the Pop. Despite its band being made of silicone and not leather like the more expensive Activité, the Steel features a stainless steel housing and chrome dials. The sub-dial is also white, giving the watch a distinct look.

The wearable is water-resistant up to a depth of 50 metres, and, unlike some other analog watches turn fitness trackers, the Activité Steel is capable of tracking laps done in the pool, in addition to the standard metrics like steps taken, calories burned and sleep cycles.

Like the other members of the Activité family, getting the most of out of the Steel requires pairing it with the Withings Heath Mate app, which allows the device to track the above mentioned metrics. In addition, with the company recently finalizing a partnership with MyFitnessPal, both the Steel and its siblings are now capable of taking advantage of the Health Mate app to help users track their diet.

In terms of battery life, Withings claims the Activité Steel is capable of running for eight months on a single charge. It will also automatically adjust its dials when traveling across time zones.

Withings has yet to announce Canadian pricing and availability for the Activité Steel. We’ve reached out to the company to see if it plans to bring it here. We’ll update this post once we hear back from them.