In the beginning: Hands-on with the original Androids, the HTC Dream and HTC Magic 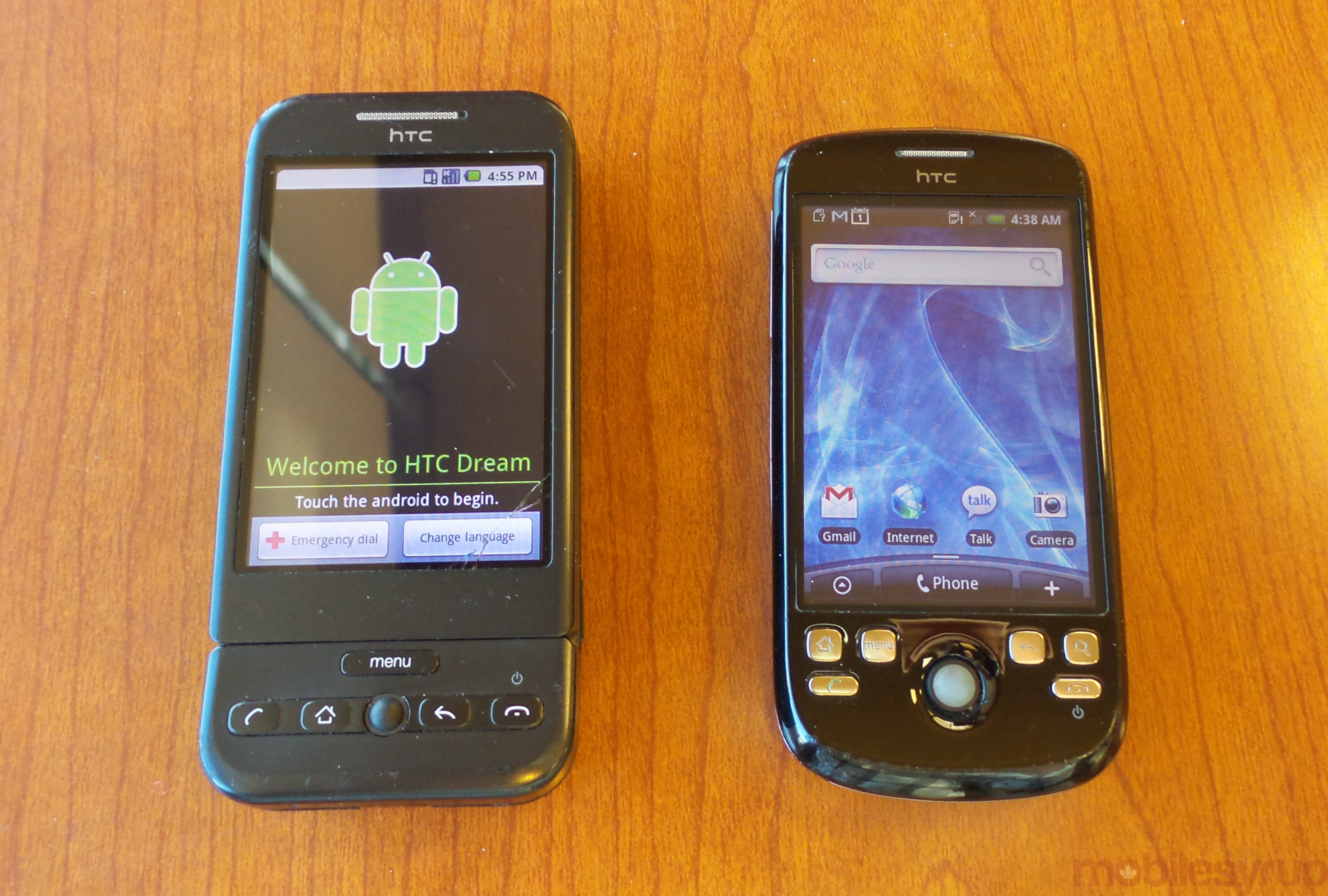 Android may have been announced eight years ago, but the first handsets powering the platform that would eventually change the world didn’t debut in Canada until the summer of 2009.

Back then, Rogers was the only company willing to take a chance on Google’s new platform. The carrier released both the HTC Dream, also known as the G1, and the HTC Magic, on the same day, June 2nd, though the Dream had been available in the U.S. on T-Mobile since the previous October.

Compared to today’s handsets, both devices were laughably small and underpowered, but at the time they were extremely capable touchscreen devices — though they retained some of their BlackBerry-esque quirks, festooned with hardware buttons and trackballs below the screen to improve navigation. It wasn’t until Google released Android 4.0 Ice Cream Sandwich in October 2011 that virtual navigation buttons began to proliferate throughout the Android ecosystem.

The Dream took design cues from T-Mobile’s Sidekick lineup, which was very popular at the time, with a screen that slid out on a hinge to reveal a full QWERTY keyboard underneath.

The Magic, which was more compact, was actually released in Canada before it came to the U.S. Rogers managed to source the device alongside the Dream, since it already had a relationship with HTC.

We’ll save the longer version for another time, but Rogers didn’t know what it had with these new phones. Despite being released in Canada at the same time, the Dream debuted with Android 1.5 Cupcake, whereas the Magic came with Android 1.6 Donut. Loyal customers were irate to discover, later on in 2009, that HTC refused to update the Magic past Cupcake, citing unforseen hardware issues. It intended not to update the Magic past Donut, too, but a virulent force of early adopters convinced Rogers and HTC to work together to offer an update to Android 2.1 Eclair, which happened in early 2010. Rogers eventually offered Dream owners an olive branch in the form of a free HTC Magic — as long as they extended their contracts for an additional three years.

The history of Android is Canada is a story we’re one day going to tell. It’s a great one, filled with confusion around updates, innovations in the hardware space, dominant players like HTC and Motorola that would quickly cede market share to Samsung, and a hyper release schedule that keeps us very busy to this day.

In the meantime, here are some photos of those first two Android phones, courtesy of longtime MobileSyrup reader, Michael Schmidt, who gratiously let me snap some photos of the still-working handsets earlier this year.

Oh, and check out this beauty from our own Ian Hardy, dated June 21st, 2009. The memories…