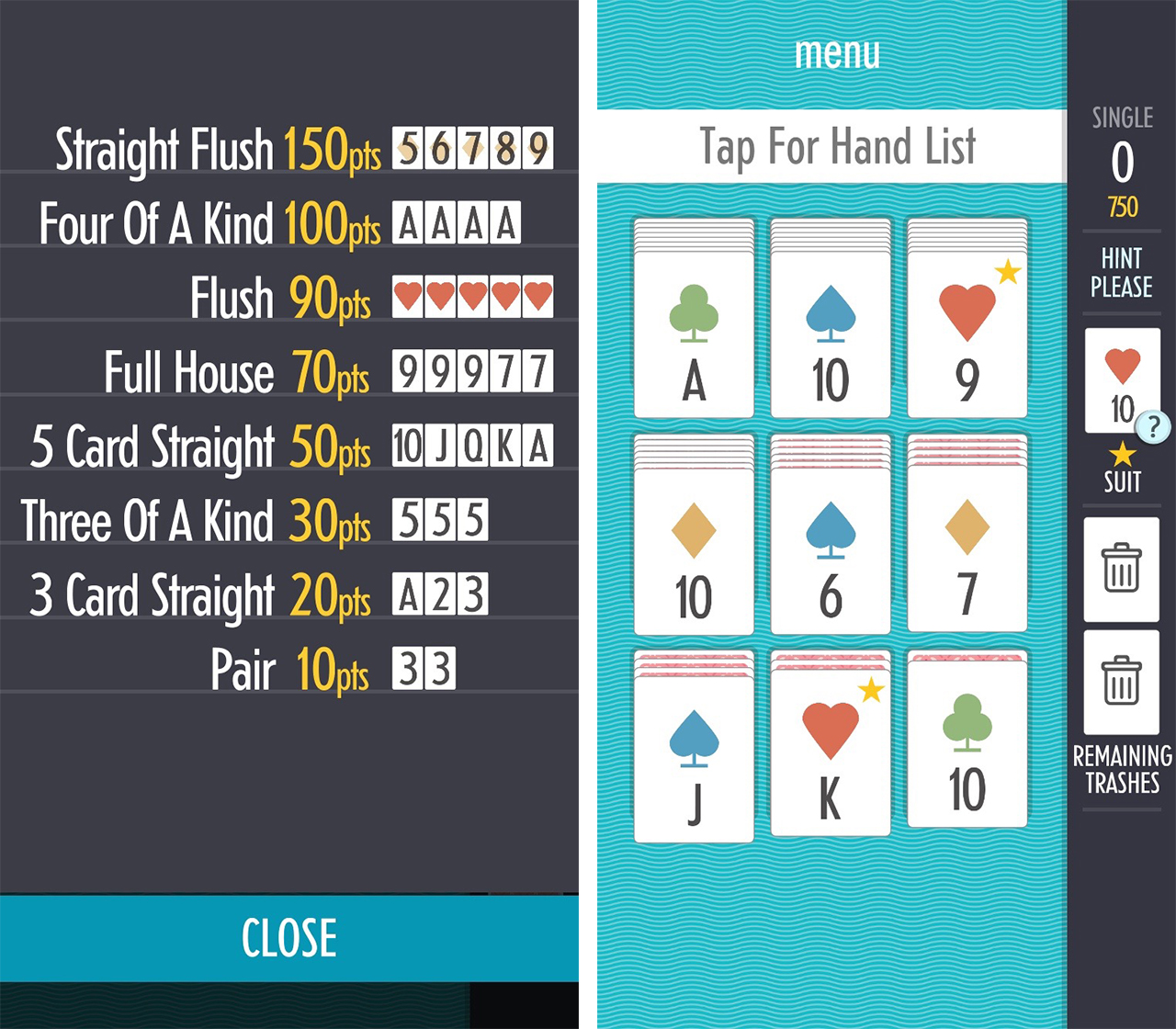 In this new series on MobileSyrup, every week I’ll show you a mobile game worth playing.

Zach Gage, the creator of addicting games like SpellTower and the extremely popular Ridiculous Fishing, is back with his next title, a riff on classic solitaire called Sage Solitaire.

While Gage’s latest game isn’t as easy to pick up and understand immediately, especially when compared to his past work, Sage Solitaire still retains the deceptively addictive nature of his past titles.

For those like myself who often run into difficulties when first wrapping their heads around puzzle titles, Sage Solitaire offers a useful “Hint Please” button, which actually works better than a standard tutorial since it allows the player to learn the game’s various intricacies more easily.

Sage Solitaire actually blends two popular card games together – solitaire and poker. A deck of cards is shuffled into a grid of nine piles and your job is to create poker hands out of each card that’s sitting face-up. The goal is to continue trying to do this until every card in the deck has been used. While this sounds simple at first it quickly becomes complicated thanks to Sage Solitaire various nuances – mainly the fact that the player is forced to create hands from two rows in the grid.

The game’s default mode is free and will likely offer enough pair, straight and flush-making action for the average player, but those looking a more in-depth experience can opt to purchase the $3 paid version of the game, unlocking an additional Fifteens and Double Deck mode.

The game is currently only available on iOS but Gage says he’s in the process of creating an Android port and that it will be released at some point in the next few weeks.

With Sage Solitaire it looks like Zach Gage has once again proven he’s the king of creating addictive mobile puzzle games.