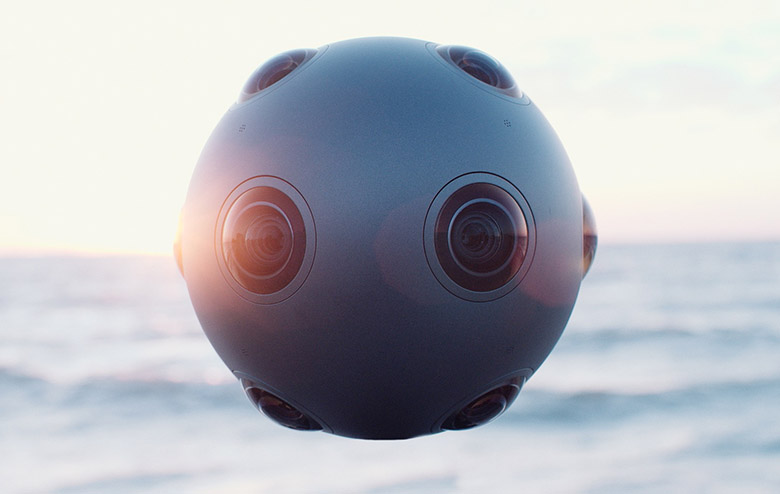 Nokia was rumoured to announce a VR headset. Instead, the one-time massive player in mobile entered the virtual reality space by announcing OZO, a camera that is able to capture 360 degree audio and video.

The pricey camera will be marketed toward professional content creators, such as those in Hollywood making big budget films, or those in the advertising industry.

Nokia has yet to release the device’s full specs, but it does state that the “OZO captures stereoscopic 3D video through eight (8) synchronized global shutter sensors and spatial audio through eight (8) integrated microphones. Software built for OZO enables real-time 3D viewing, with an innovative playback solution that removes the need to pre-assemble a panoramic image.”

What this means is that is that it’s possible to watch in real-time the footage that the camera captures.

The design is futuristic and looks something like the camera made by Toronto-based Bublcam, which only has four cameras and is aimed at more of a consumer audience. The OZO weighs in at six pounds, and is currently in pre-production. It’s set to be available to purchase later in the year for a price that is expected to exceed five figures.

Ramzi Haidamus, president of Nokia Technologies, said, “We expect that virtual reality experiences will soon radically enhance the way people communicate and connect to stories, entertainment, world events and each other. With OZO, we plan to be at the heart of this new world.”