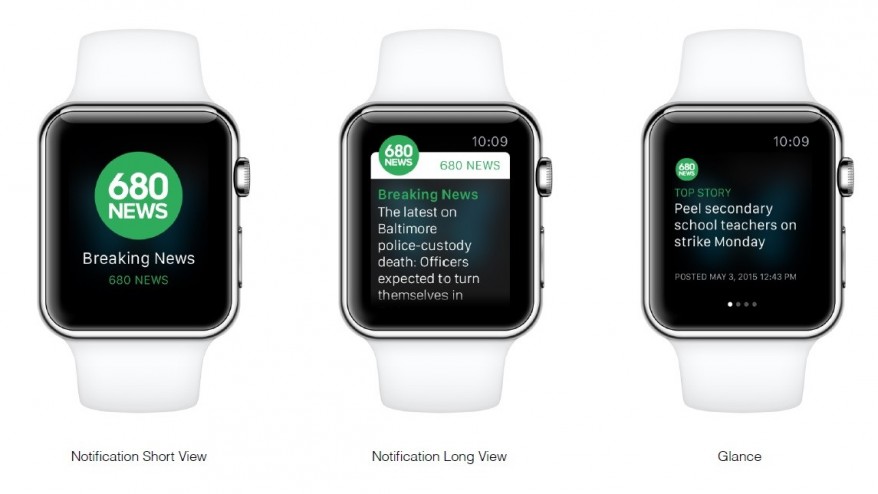 The Apple Watch has been available since April and there are several high profile Canadian-focused apps that have been developed, including Air Canada, WestJet, Tangerine Bank, Transit App, theScore and Desjardins. Two more have been added to the mix as The Weather Network and 680 News have both launched Apple Watch apps.

680 News, which is owned by Rogers, is claiming the title of becoming “the first local, Toronto newsroom to allow you to access news right on your wrist.” The app allows users to listen live to 680 News, receive breaking news alerts, listen to traffic reports, business and latest top headlines.

Richard Bloom of Rogers Media, said, “We are really excited that we’re the first local, Toronto newsroom to be on it. It really is everything that 680 NEWS is encompassed on a smaller screen right on your wrist.” 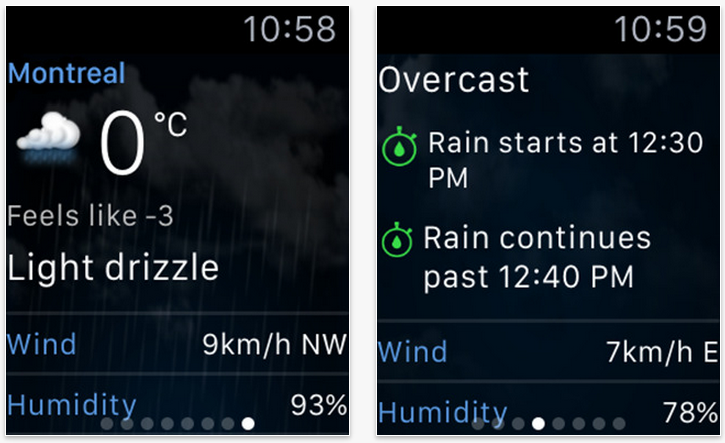 While the Apple Watch already comes with an associated weather app, the Weather Network is incredibly popular in Canada and its iOS app is used by over 4.5 million Canadians every month.

Pelmorex Media, parent company of The Weather Network, has updated now made its app support the Apple Watch and brings the ability to view localized weather right from your wrist, along with dynamic weather background images that provide a “more stimulating user experience.”