Appeal for sanity: an open letter to OnePlus 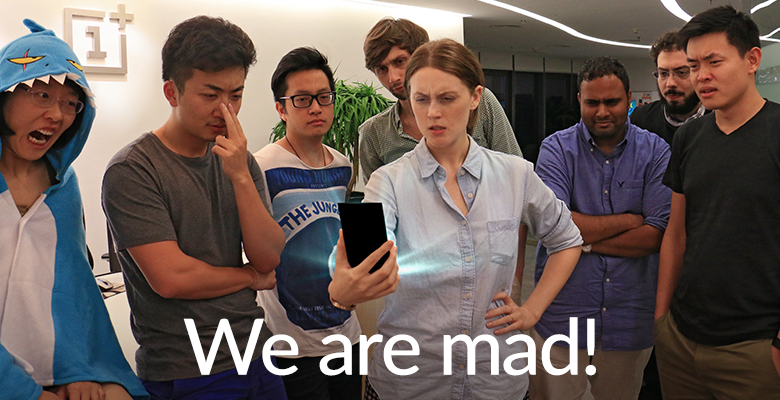 The strategy of unveiling piecemeal the details of your first smartphone was fun. I admit to even enjoying it at the beginning. The handset promised so much, and in many cases, once fully revealed, exceeded many peoples’ expectations. But then you decided that same strategy would work long after the phone was released. Your social media campaigns and contests were misguided and occasionally sexist, and the internet quickly soured to your “flagship killer” proselytization. The final straw was when, in April, you discounted your phone by $1 as a “symbolic gesture,” hoping to get the device back in the news before beginning a similar drip-drip campaign for the OnePlus 2.

Now that such a campaign has started, I am appealing for sanity. MobileSyrup tries to keep up with the tech news circus, and has been guilty of parroting others for fear of being left out, but today I am taking a minor stand against this absurd practice of revealing the minutiae of your new smartphone in separate posts. Do everyone a favour: grow up. Once your phone is ready for public consumption, announce it like everyone else. Don’t stir the now-cold bath water of the tech blogger news cycle by stacking one more piece to your precarious game of Jenga.

It’s not about the workload – my writers can handle a 30-word post about how your employees are mad because we’re presupposing your choice of processor may not be in consumers’ best interests – but about the practice itself. It’s cheap, and reeks of a company without the mettle to let the product speak for itself.

I look forward to actually using the OnePlus 2; I’m confident it will be an excellent Android phone. But until then, we have decided not to write about it again until you actually have something meaningful to announce.

Yours in poutine and Tim Hortons,