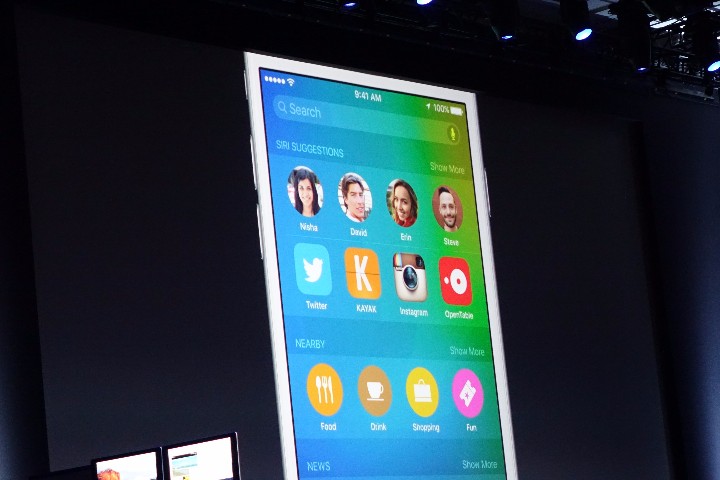 On Monday, Craig Federighi, Apple’s senior vice president of software engineering, took the stage at the Worldwide Developer Conference to show off the new version of iOS that is coming later this year.

For an update that was mostly supposed to focus on performance and stability improvements, Federighi spent a significant amount of time talking about improvements to Siri.

The most apparent change to the personal assistant is her new look. Gone is its more subbed look. Instead, what’s coming to iOS 9 is bright and colourful.

During his presentation, Federighi mentioned that Apple has been able to reduce the rate at which Siri erroneously recognizes a word from 40 per cent to 5 per cent (Google made a similar claim with regard to its own voice recognition software at Google I/O).

Beyond that, the version of Siri Apple showed off on Monday seemed to have a much better understanding of natural language and context. Several times throughout his presentation, Federighi used pronouns like “this” and “that” to tell Siri to conduct a search or set a reminder and the digital assistant was able to understand the context of what he said without issue. 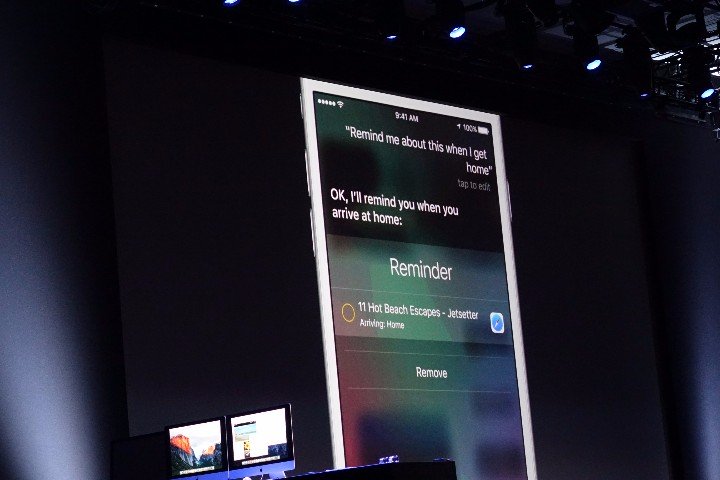 Indeed, beyond improvements to stability and performance, context awareness was one of the key themes Federighi stressed during his presentation of iOS 9.

To that end, he said that Siri and iOS 9 would be more “proactive” in assisting users. Last month, a report from 9to5Mac had suggested that Apple would position a service called Proactive as a direct competitor to Google Now, and while what Federighi showed off definitely had echoes of that app, he didn’t position it as a completely new service; instead, he more so talked about it as an extension of what Siri and Spotlight already do.

Still, whether Apple considers it a completely new service or not, Proactive has been given a place of prominence within iOS 9.

Swiping to the left of the main home screen brings up a new window that displays a search bar, suggested contacts the user might want to connect with at that point of time, apps they might want to open, nearby places and a field for breaking news. When iOS 9 is able to, it will link to apps the user already has installed for search results. So, say a person searches for a poutine recipe and they have Foodily installed, iOS 9 will take them to that app. A “back to search” button lets the user get quickly out of the app and back to the search pane. 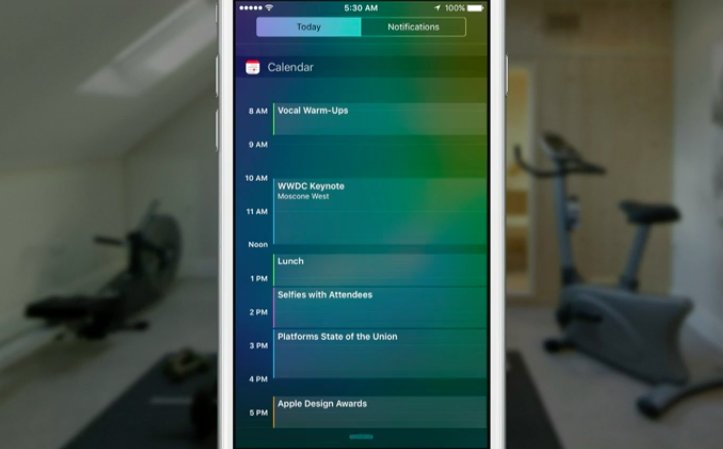 Moreover, the system emphasizes context awareness. Partway through the presentation, Federighi received a call from a number he didn’t have in his address book, but that he said looked familiar. iOS 9 looked through his emails and came to the conclusion that the number might be associated with one Johnny Appleseed. Later in the same presentation, Federighi received a karaoke invitation, which the operating system automatically added it to his reminders. Proactive later automatically updated the reminder, telling him he needed to leave earlier when it detected that there was dense traffic on the road he was about to take to get to the event.

Lastly, Federighi stressed that this feature will respect the privacy of its users. He said that the service is not associated with an Apple ID, nor is it linked to any other Apple services and information gathered by Proactive won’t be shared with any third parties.

In one surprise announcement, Federighi announced that, for the first time ever, Apple will release a public beta of iOS. By signing up on the company’s website, iPhone and iPad owners will be able to try out the release in July—that is, several months prior to its official launch this fall.

For more information iOS 9 and all the other mobile-related announcements Apple made today, check out our WWDC live blog and to make sure to check back over the course of the day for more in-depth stories.