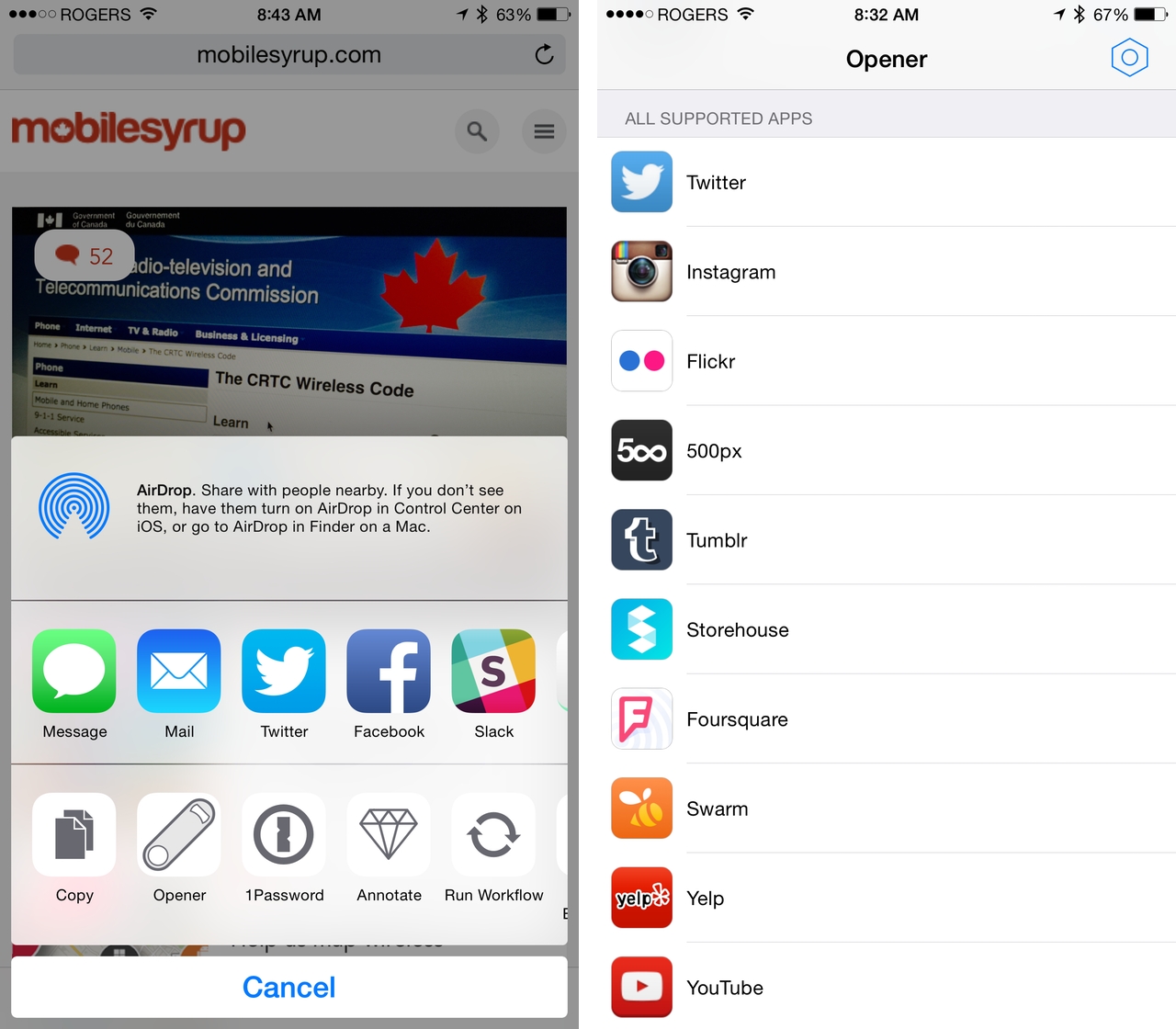 There are a few things that annoy users on modern smartphones, but few are worse than trying to navigate services like Twitter on the web when you have the app installed. Google recently announced standards for deep app links in the upcoming Android M, but for iOS users, this usually ends up as an exercise in frustration. Unless apps are specifically coded to do so, there is no easy way to tap a link in Safari and have the desired app open to the same content.

That’s where a new iOS app, called Opener, comes in. The new application promises to put an end to roundabout experiences trying to use the web when an app is so much better suited to many specific functions. The app uses an action extension, making full use of new tools in iOS 8, to allow you to use the share sheet to open links in their native apps. The initial set of compatible apps includes Twitter, SoundCloud, Spotify, Instagram, and many more, around 50 apps in total.

The app also lets you set defaults for apps like Twitter clients, so tapping any Twitter link will give you a list of compatible Twitter apps (like Twitterific or Tweetbot), and you can long-press to save your favourite. Next time, using Opener will take you straight to that app. Best of all, the developer is working hard to add new apps all the time. The app is well worth the $2.29 in the iOS App Store, and it’s compatible with iPhone and iPad.