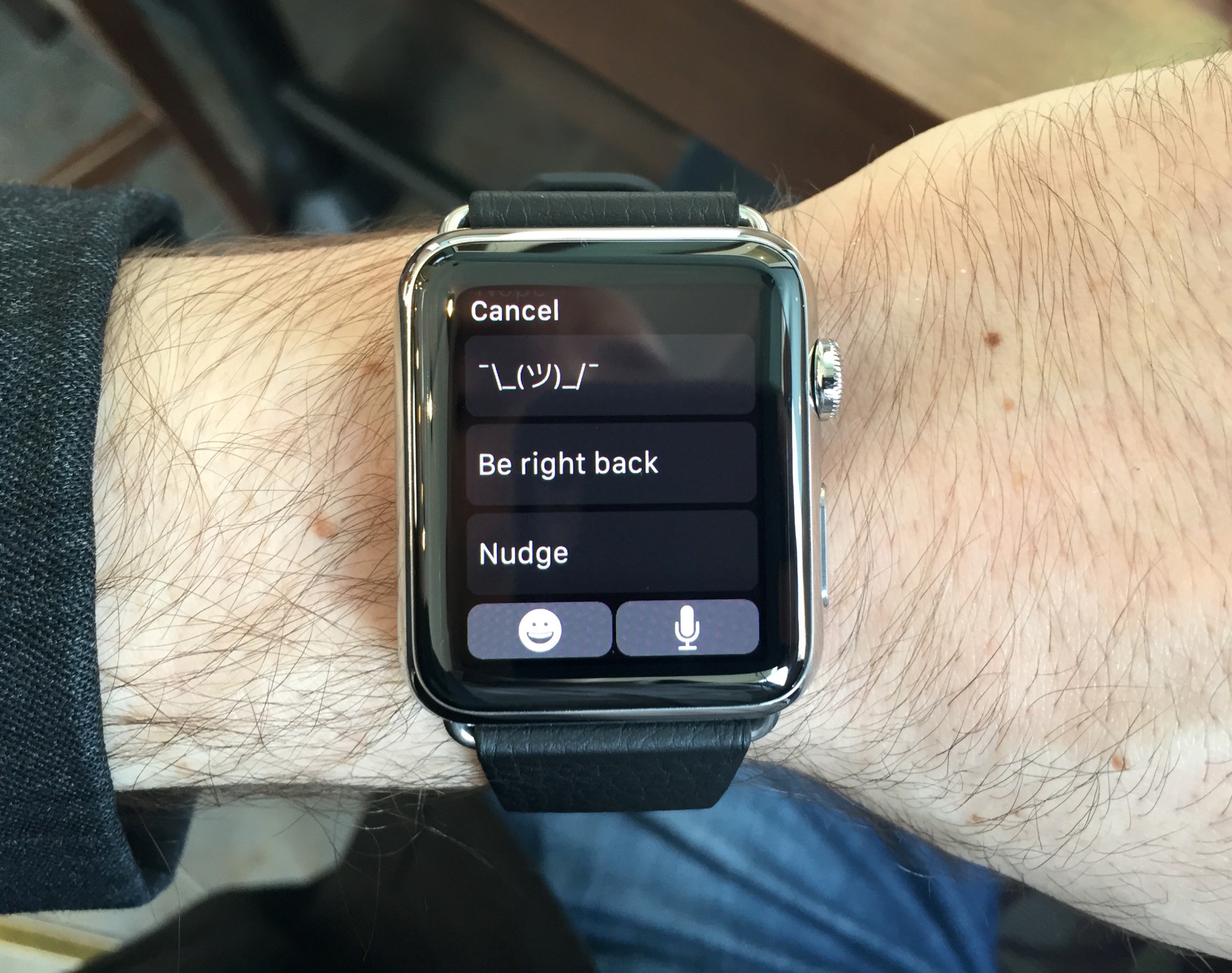 For a long time there were smartphones, but they weren’t very good. Blocky and slow, with insipid user interfaces, their ‘smart’ness was predicated on the notion of utility, of ostensibly adding value by taking the onus away from a computer.

When the iPhone debuted in 2007, it helped people understand the benefit of a differentiated, touch-optimized experience, not just a smaller computer screen in your pocket. The App Store expanded that to include single-purpose utilities that existed outside of a web browser. Soon, notifications became a unidirectional currency, a way for apps and services to communicate with people unidirectionally, giving them the option to decide how to interact.

Over time, the primary theme for notification awareness has become context: using cellular, Bluetooth, WiFi or GPS, the phone knows where you are and, often, what you’re doing.

Wearables are good at knowing what you’re doing because you affix them to your body. Google’s Android Wear platform benefited greatly from Google Now’s context-aware information graph, which learns where you are and what you do. Google Now knows you’re waiting at a streetcar stop, or how long it will take to walk to work. It knows that you would prefer to read this article because you read something like it last night. It turns notifications into a service.

For the Watch, Apple’s app-based approach still employs context, but the company plans to turn its smaller wearable into a canvas for apps, with a notable difference: glances. At any time, you can swipe up to reveal up to 20 pieces of rich information, from the weather to recent sports scores to the best restaurants nearby. Glances don’t work particular well today because they rely on the tortoise-slow connection between the Watch and an iPhone, but think ahead to two or three years from now, when new Bluetooth and WiFi standards, along with faster processors and improved software, propel Glances from feature to platform.

Wearables, and smartwatches in particular, have existed for some time, but in the Apple Watch era it will be impossible to ignore them. People will continue asking, “Is that an Apple Watch?” as they have at me for the past six months, but starting today people will began to say yes.

And, like Google said of the Watch months ago, its existence is good for the entire industry, just as Android itself got a boost from iPhone’s proliferation.

So settle in, because whether you like or loath the Apple Watch, it’s set to change the mobile industry forever.