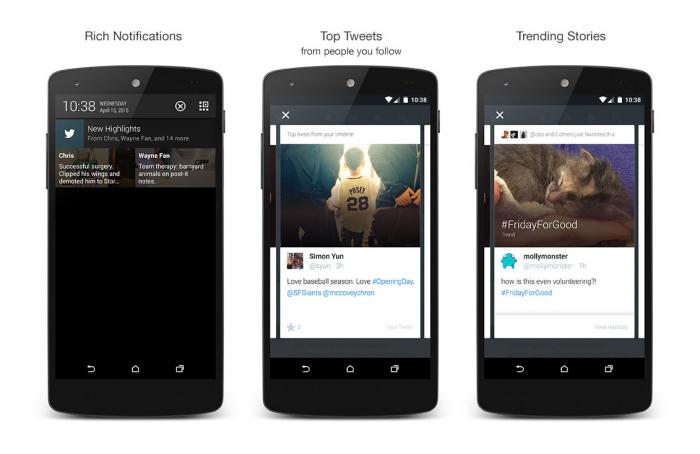 Twitter has unveiled a new feature, exclusively available to Android users for now, that pushes a highlight reel of what amounts to a “Best of Twitter” based on a user’s feed.

The idea is to curate a set of content and push it to an Android user twice a day, similar to the way The New York Times or Yahoo News Digest showcases a small number of important events from the previous few hours.

Available as an opt-in through the Mobile Notifications panel, Twitter claims it generates the Highlights from a user’s followers, trending topics in a particular location or network, and popular Twitter members.

Introducing Highlights. Get the best of Twitter every day, sent to your Android device: https://t.co/9ZUWgX9lcC pic.twitter.com/sYuu7YUO4D

The actual highlight reel is displayed in a vastly different way to the traditional Twitter feed, optimized for rich images with a horizontal swipe.

Have you tried Twitter Highlights on your Android device?