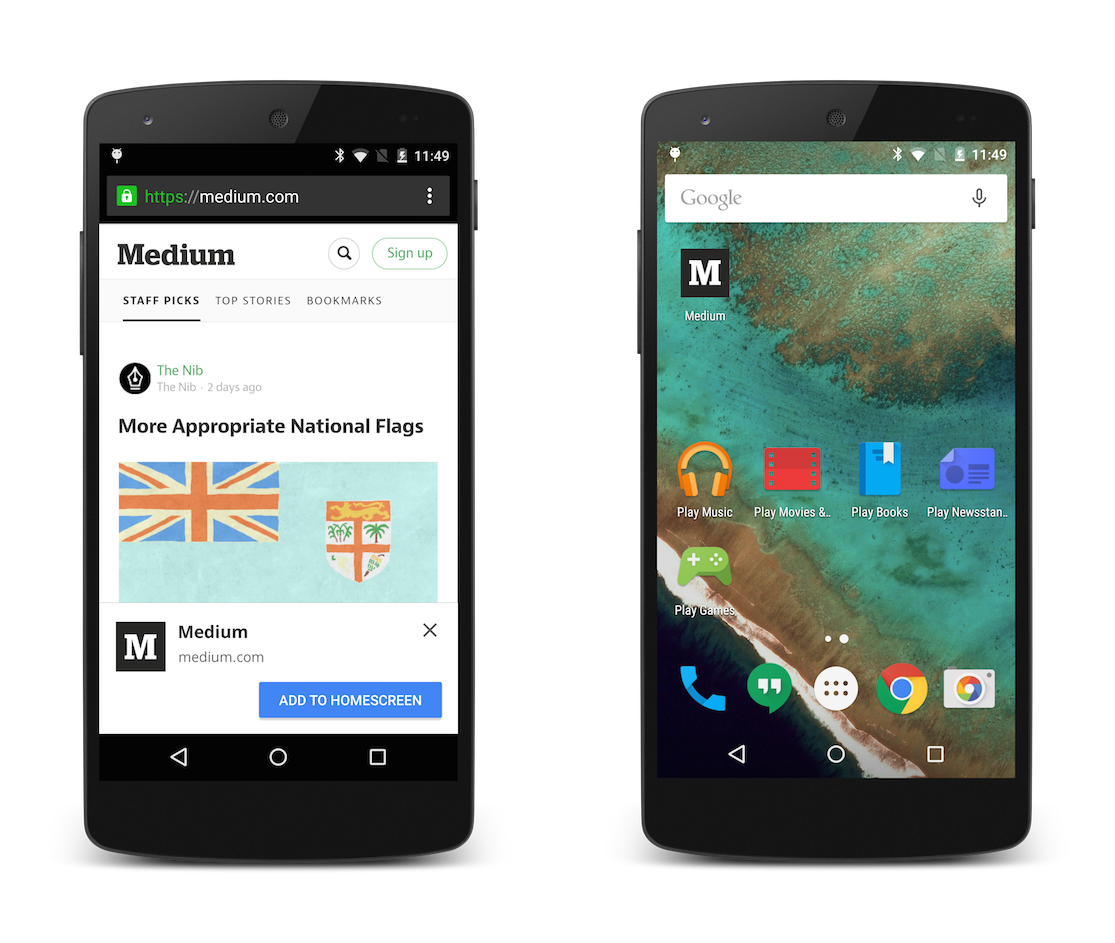 Google has been pushing this standard for some time – the desktop version of Chrome has been capable of receiving notifications on Windows, OS X and Chrome OS for months – but this paradigm makes a lot more sense to mobile users.

The opt-in process allows users to receive notifications on new content from web sites that have the new standard enabled. The initial grouping of sites focuses on content, so it makes sense that ones like eBay, Product Hunt, Pinterest, Vice News and Facebook would be launch partners.

The notion of consolidating mobile web and native apps have, for a long time, been a source of both enthusiasm and tension. Apple’s Steve Jobs famously likened the mobile web t0 an uncurated App Store, where anything was accessible. But until recently, and to an extent still today, web code – HTML5, Javascript – has performed poorly compared to native code, often lacking the hooks and APIs into essential components like the GPU, camera and, until now, notifications.

Google made progress from a philosophical stance in the latest version of Android by uniting native and web windows into a single “Overview” screen, replacing the traditional multitasking window with something more robust. Now, every separate Chrome window gets its own process, which the system, and ostensibly the user, treats identically. With web push notifications, and the ability to quickly add a web page to one’s home screen as they would an app downloaded from Google Play, the distinction is becoming even more vague.

Watch for this functionality go to live in the coming weeks, and in a few months, on more sites.

Producteev for Android gains push notifications as it competes with Astrid, Wunderlist